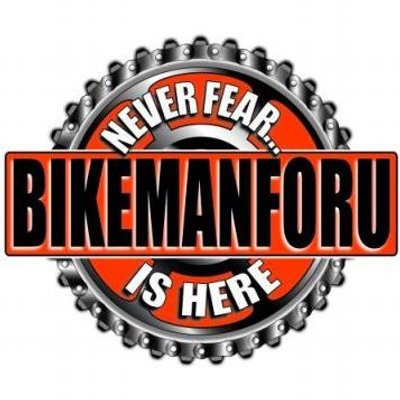 Running an independent bike shop is murder these days.   Cheap bikes from China are not even worth fixing!


I was looking to buy a set of inexpensive tires for my spare mountain bike rims.  My thought was, we travel in the summer, and take the old Treks with us.  If I broke a spoke or got a flat, I could just take the spare rims with me, with new tires on them, and swap them out easily.   I went online to "Bike Man 4 U" who used to sell bike parts and had great instructional videos on bike repairs - but he has gone out of business.  And it ain't hard to figure out why.

You can buy a bicycle today for under $100 - such as Mark's "Margaritaville Special" which is a fine bike for riding around an island with a maximum elevation of twelve feet.   It gets the job done, but at $85, it simply isn't worth repairing if anything goes wrong with it - even a flat tire.  The local "serious bike shop" on neighboring rich people's island sells "Townies" and charged $50 to repair a flat tire (!!!).  If you spent hundreds on a bike, maybe this seems worthwhile.  If you spent thousands, well, chances are, you know how to repair a flat.

In the Walmart-level of bicycles, however, you have to by handy to fix your own flats - spending $50 to repair a $85 bike simply isn't in the cards.   We ran into a couple on that island who come down every year and stay at their condo.   Every year, they go to Walmart and buy two $100 bicycles.   They ride them all season and then donate them to the thrift shop before they leave.   Why?   Well, if they left them in the "bike room" they would be solid rust by next year - due to the salt air.  The tires would be flat and maybe even dry-rotted, and it wouldn't be worth fixing them or having them "tuned up" and the tony bike shop.   $100 a bike is cheaper than renting one, and cheaper than having two flats repaired.

We've met others who do similar things, except they sell their bikes at the end of the season, and get half their money back. In a way, it makes sense.  But it is a sign of our disposable society, nevertheless.

Some of the comments on Bike Man's YouTube channel were a little harsh - accusing him of being "rude" to customers.   But that's just being a New Yorker - everyone thinks we're rude, talk too fast, and talk over each other.   I have a neighbor who thinks a conversation should be people "taking turns" to talk.   He wouldn't last a New York minute in New York, particularly in an Italian or Jewish family.  Conversation in the Big Apple is a contact sport.  And I for one, enjoy it.   A neighbor of mine moved back to New York as his wife was pining for the old neighborhood, and as he put it, "Bob, you can't get a decent bagel in Georgia!" (or any sort of bread for that matter).  I enjoyed talking with him - he was a rapid-fire talker and had a New York accent - and no, we didn't "wait our turns" to talk when we had a conversation.   Like I said, a contact sport!

But I digress.   The issue for Bike Man I think was the sea of cheap bikes we have today.   Like I said, most of these are simply not worth fixing and our labor and overhead is such that even in a rural location where rent is low and your labor costs are low, it can cost tens of dollars to do even a simple repair like a flat tire - on a bike worth maybe $50 to $100 on a good day.  More esoteric repairs are even more expensive, and cheaply-made bikes are often impossible to repair, as parts are not available.   So Bike Man comes across as "rude" when someone shows up with a Walmart fixie and says "Gee, it's broken, can you fix it?"and then is surprised that it costs fifty bucks to repair a ninety-nine dollar bike.

I was searching online for more information about what happened to Bike Man.  Apparently he is in the oyster business now, and if we go to Montauk this summer, I will have to check it out.  His videos are very useful and instructive and his prices on parts were very competitive.  He will be missed!

On one bike discussion group, people were commiserating that independent bike shops are a dying breed.  It is like the lawnmower repair guy or the vacuum cleaner repair shop - fixtures in the small town of my youth (along with a half-dozen gas stations, each with a "mechanic on duty").   It is the same thing in every case - cheap stuff that ain't worth fixing, unless you fix it yourself.  You buy a vacuum cleaner, lawn mower, or bicycle, and if it breaks, you throw it away and buy a new one - if you are like most people and have consumer-grade products.

Sure, it is worth fixing that $1000 vacuum cleaner, that Kobota tractor lawn mower, or that $5000 carbon-fiber bicycle.   But those are few and far between.  Home appliances fall into the same trap - a service call on a $500 washing machine is $100 - just to show up and say, "yea, it's broken!"

So you have two choices - buy things and throw them away, like my friends do every year with bikes - or if you are handy at all, maybe get a couple of years out of these disposable consumer goods and cheat "the man" out of a couple of bucks.

Our 1995 Treks are still going strong.  Parts are available online and they are not hard to repair.   I don't kid myself the same is true of our $100 Walmart "cruiser" bikes - other than fixing a flat tire (and replacing the tires which dry-rotted after one season) I doubt I would spend much time on them, other than to adjust the derailleurs and brakes and what not and maybe true a wheel.   The Treks were borderline investment-grade bikes, with "cassette" gears instead of cheap "freewheels" like on the Walmart bikes.  The derailleurs are bolted together on the Treks - they can be disassembled and cleaned and lubricated.  On the Walmart bikes they are riveted together - they are not meant to be serviced, at all.

There are reasons and arguments for both kinds of engineering.   As I noted before, it was a pleasure to work on the old BMWs, as they were designed to be taken apart and reassembled, many times.   Old Mercedes W123 sedans are still cruising around the Middle East - most as taxis, as you can still get parts for them - cheaply - and they can be fixed over and over again.   Newer cars, well, they tend to make things that press together or snap together, and if you are lucky, maybe you can take them apart once, but not a second time.  But then again, the newer "cheap" car costs about 1/4 what a BMW or Mercedes does.  And neither BMWs or Mercedes are cheap to fix - anymore (if they ever were).

It is like my neighbor in Virginia with a "Subzero" built-in refrigerator. We used to joke that the repairman lived with them, his van was in the driveway so much.  Our more plebeian"GE" refrigerator ran for a decade without a hiccup, and if it did die, we could buy a new one for not a lot more money than one service call from the Subzero people.  Sometimes consumer grade crap really makes more sense.   The key is knowing when to walk away from broken-down crap.  And today, a lot of people don't get this, and throw a lot of money at broken-down crap.

Running a repair shop is murder - on your own finances.  People buy cheap bikes at the big-box store and then come to you to have it fixed.   And when you try to tell them the bad news - that it will cost more to fix than it is worth - if it can be fixed at all - they get mad at you for being the bearer of bad tidings.   That, and the demand in general for repair men is just dropping off the face of the earth.   I saw a job posting online for someone to assemble bikes for the big-box stores.  You had to have your own tools and whatnot, and are paid as an outside contractor - and I am guessing not paid much.   Probably by the piece.
Quite frankly, that is probably the largest cost to Walmart for these Chinese bicycles - the cost of the American guy who takes them out of the box, installs the handlebars and pedals, and mounts the front tire.  And judging from the way many of these Walmart bikes are assembled, half the time the person assembling them has no idea what they are doing.
Crazy world we live in - that you can buy a bicycle from China for about the cost of one hour's labor in America.
Post Script:  A few years back, I was searching online for an inexpensive bicycle.  I found one site in China, and they eagerly e-mailed me back asking me how many containers of bicycles I wanted - with 100 or more per container!   The prices were alarmingly low, too.   Perhaps I should have gotten into the bike business.  Maybe not.
Newer Post Older Post Home