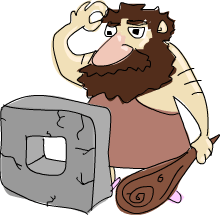 After Trump steaks, Trump University, and Trump Ties, why not have a Trump Invention Brokerage?

One of the most amazing and alarming things about the Trump Presidency is that Donald Trump actually ran a for-profit "university" for a brief period of time, encouraging his followers to pay outrageous tuition for worthless training so they would be stuck with a bills for the rest of their lives while he lined his pockets.
For-profit colleges are the ultimate con job.  How did people continue to support President Trump even after he dipped his toe into these murky waters?
Trump's willingness to engage in any kind of business opportunity makes me wonder what he'll do once he leaves the White House. I mentioned before how invention brokers operate these crooked scams where they encourage people to send them thousands of dollars to evaluate inventions and then obtained useless patents.  It seems to be a perfect match for Donald Trump. He can go on TV with an infomercial and promote "Trump Invents!" and encourage people to submit their ideas for his personal evaluation. Of course, every idea will be deemed to be excellent, just like on his television reality show. The suckers will then send in $10,000 to $20,000 to have their invention promoted, and of course later on, nothing will come of it.
Following on the heels of that will be Trump Flips! This will follow the business plan of the ugly houses scam, where they will promote the idea of buying and flipping houses if only you send them $40,000 for educational materials.  I guess that would be Trump University, Part II.   Trump faithful will get out their checkbooks and borrow money from Grandma to sign up.
And if that doesn't work, why not Trump Timeshares? Trump has some sort of interest in various golf courses around the world, although maybe it is just a branding exercise.  He could sell timeshares at these golf courses to people using his brand name, and the Trump faithful will fall all over themselves to buy them.  Sadly, it seems he already did this - gee, it is hard to parody Trump, ain't it?
I suspect after that, Trump will decide to start sending out emails telling people that they won the Microsoft lottery, or perhaps that a friend from Nigeria wants to send them six million dollars ($6M USD) through certain modalities. Or, given Trump's reputation as a molesting and raping lothario, perhaps he can promote some sort of online porn site, telling his faithful that hot Russian women are waiting to meet them.  Or maybe women from Slovenia, where he gets his mail-order brides from.  Oh, wait, you really believe they marry him for love?
The possibilities and profits are endless. One wonders why Trump would bother wasting his time being president of the United States, when he could make far more money from other scams.
When Nixon was President, one of the gags used against him was the phrase, "Would you buy a used car from this man?"  It was a joke, impuning the President's credibility and honesty.   With Trump, however, you could take this literally. Watch out, Carvana!  There's a new game in town - Trump Jalopies!
Trump Payday Loans?  Trump rent-to-own furniture?  Trump Bling Rims?  Trump high-interest credit cards?  The possibilities are endless.  And his followers are willing to do anything for their Daddy.
UPDATE:  I forgot to mention Trump Guns - your chance to own a signature firearm with Trump's name on it, with fake gold plating.  The only problem is, they consistently misfire.
UPDATE 2:  I forgot that his attorney general actually was on the board of an Invention Broker company - so Trump already has a connection he can use!
Newer Post Older Post Home