Carrying Cost of Owning a House 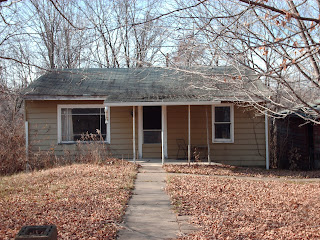 Owning a home involves certain monthly expenses above and beyond the mortgage payment.  These can add up pretty quickly, particularly in areas with high property tax rates.


Not having a mortgage sounds like a sweet deal, and in part, because it is.  But even if you have paid-off the mortgage on your house, it doesn't mean you live there for free.  In my previous posting, I pointed out some of the joys of home ownership - having to replace things like roofs, sewer and water lines, furnaces, air conditioners, and whatnot.   Maintenance is one big cost.

But property taxes and insurance can also add up, particularly in some jurisdictions.   Even though "paid for" our house costs us about $7500 a year just in taxes, insurance, utilities, and other costs - or about what it would cost to rent an apartment or condo nearby.  If you are not careful, you could end up squandering tens of thousands of dollars on a home, particularly a vacation home or a home you are not occupying or renting out.

The mentality that "I own it, so it isn't costing me anything" is fatally flawed.  For depreciating assets like cars and machinery, you lose money every year you keep something, due to depreciation.   So if you keep an old car around on the premise that "It's paid for, it isn't costing me anything!" you fail to realize that each year you keep it, it is worth less than the year before, and it is indeed costing you something, even if you never register it and drive it.   Until it is about 30 years old, it will continue to depreciate, and even then appreciate only gradually if at all, depending on make and model.  No one will pay you "beaucoup bucks" for your "Cherry" 1981 Chevy Citation.  No one.

With houses, the mentality is that "they appreciate in value" so you might as well keep it!  It's an investment, right?   Well, it is if you rent it out and make money from it - or at least cover your carrying costs (and maybe get a nice depreciation deduction out of the deal).  But if you just let it sit, there are serious fixed costs that will be far greater than any appreciation in market value, particularly today when market values are largely stagnant.

I met a lady the other day in Flordia, on the FastCat to Key West.  She related how she inherited her mother's house in central Florida and decided that rather than sell it, she would keep it as a "vacation home" but not rent it out.  Instead, she and her siblings would go there on vacation and see Disney World and have a "free place to stay".

It ended up being an expensive vacation.

Her Mother paid about $2500 a year in property taxes, because in Florida, they have an insane property tax system that keeps taxes locked in, basically, to the year you bought.  So Mom, having lived in the house since 1985, had low taxes.   Once the property was transferred to the children, it was re-assessed at "full market value" and the taxes shot up to $9,000 a year.   Not only that, since they were not living in the house they did not get the homestead exemption and thus each year, the taxes would be re-assessed at market value.

Owning investment property in Florida can be an expensive proposition, just from a tax perspective!

Since they didn't know anyone in the development, they paid someone to check on the house and flush the toilets and so forth when they weren't there.   This person called one day and told them the A/C wasn't working.  So, $10,000 later, a new A/C system.

The siblings did this for three years before it hit them that this "free house" was getting awfully expensive.   But they had inherited in 2005 and market values were going up, Up, UP!   So they would make back their expenses plus some, right?

Well, wrong.  They sold in 2008 and the house was worth $150,000 less than when they inherited it.   Whether or not they could claim a loss on this is problematic, as I noted before.

Hanging onto a house you are not living in and paying thousands of dollars a year in expenses sounds like a ridiculous thing to do, but as I have noted in earlier postings it happens more often than you think.  Abandoned house people, as I call them, will hang onto a house and let it fall in on itself - while still paying the taxes.  These folks are often hoarders, and I lived across the street from one such house.   As the absentee owner put it, "it's cheaper than renting a storage locker!"

In our nearby town, there is such a house on the streetcorner, in a neighborhood where it could be rented for at least $800 a month.  The elderly couple visit the house regularly and put a few nails in the boards over the windows and then tsk-tsk about the vandalism since their last visit.   Why they didn't sell it years ago is anyone's guess.   They likely believe it is an investment and every time a neighbor asks them why they don't sell it, they take this as a sign it is worth a lot of money.

Of course, my lady friend I met on the way to Key West could have rented out the home on a full or part-time basis and covered her costs.   But since the house wasn't in an area where weekly rentals were the norm, this would have meant she and her siblings could not use the house for those "vacations" they rarely or never took.   Similarly, abandoned house people could rent out their houses and make money, but often due to mental illness this is not possible.

But suppose you live in your home?  Then this doesn't apply to you, does it?  But au contraire, it does.   If you live in more home than you need then you are paying dearly for something you aren't using.  And no, the "appreciation" isn't likely to outweigh the overhead carrying costs.

For example, say you live in an area with somewhat normal taxation principles (this excludes New York, New Jersey, and Florida).   You have a $500,000 house and pay $3000 a year in taxes, $2000 a year in homeowners insurance, and $3600 a year in utilities, including gas, electric, sewer, and water.  The overall cost of owning the house - not including any mortgage - is about $8600 a year.  That's pretty cheap living (about $700 a month) and for most people, this would not be an issue.

But suppose you are living on a fixed income, such as social security and having trouble making ends meet?   If you sold that house and bought a $250,000 home, you could cut your monthly expenses nearly in half.  Suddenly, you are paying under $400 a month.

If you live in a high-tax State like New York, New Jersey, or Florida, the savings are even greater (and even greater if you move to a lower-tax State).

Some folks, when faced with financial pressure in later life, resort to things like a reverse mortgage which sounds like an "answer" to the carrying costs of a house.  But as we explored in earlier postings, these financial instruments can limit your options, and you likely will have to pay back the loan within your lifetime.

At the present time, we are comfortable with the overhead carrying cost of our home.  But we certainly could live with less "stuff" and less maintenance.    When you get older, taking care of a house can become a full-time task, and keeping up with things gets harder with each passing year.   It is probably this latter concern that will motivate us to downsize and not so much the financial aspect.   Either way, owning more house than you need is certainly "costing you something" just as owning empty houses does.
Newer Post Older Post Home