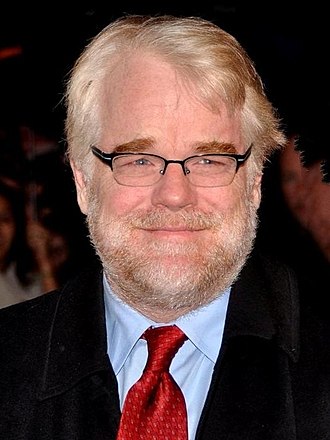 Should we feel sorry for heroin addicts or just let Darwin do his bit?


I related before about a friend of mine who went to law school at night while in her late 20's.  Her husband who was also in law school came home one night with a vial of crack.  "They were selling it outside the law school," he said, "And they were out of marijuana.  The guy said it is even better!"

Remember what I said about how any idiot can be a lawyer?  Well, that guy is living proof.  And no, he isn't like "Better Call Saul" because he is in jail now, for running a meth lab.

It all sounds so stupid because it is.   We learned back in high school that drugs and alcohol can be harmful to you - but that some are incredibly harmful and addictive.   Pot might make you lethargic and annoying and sap your life energy.  But you won't be dead on the men's room floor with a joint in your mouth from an overdose.

Alcohol can literally kill you, but it also can be drunk in moderation - at least for some people.

But amphetamines?  Cocaine?  Opiates?   A bad news trip.   The lucky ones just end up losing decades of their life and ruining marriages and relationships.   The unlucky ones end up dead - and in increasing numbers these days.

For some reason, heroin users are now so brazen that they are shooting up in public and ending up dead in public places and restrooms, with needles still stuck in their arms.   It is kind of shocking - and stupid.   Famous stars are dying from this.

What the heck is going on?

Well, the increase - dramatic increase - in prescribed opiates is part of the problem.   It is not hard to get a prescription to Oxycontin, Oxycodine, or Percoset from a friendly doctor.  In our town, we have a "pain doctor" who advertises on a billboard. "In pain?  Call Dr. Feelgood!" it says (not his real name).  And his waiting room is full of young, healthy looking people.   Mark went there for back pain and the good doctor tore off a script for Oxycontin before he sat down.  Mark politely refused.

Other doctors run "sports injury clinics" for, you know, all those sports we all play.  Pain killers are the order of the day, and medicare, medicaid, or Obamacare picks up the tab, and of course this means we all pay for it.

The users pay for it - with their lives.  The smart ones merely sell the pills and make money.  The dumb ones take the pills and get hooked.  Pretty soon they are going to two or three doctors, like Rush Limbaugh, trying to up their dosage as they build up a tolerance.  Eventually they look to the black market for the real deal, Heroin.

Finally, they end up like Phillip Seymour Hoffman, dead of a heroin overdose with everyone saying, "Stupid, Stupid, Stupid!" because it was a stupid waste of life.

There are two schools of thought however.  Some, on the Left say we should provide "safe spaces" for people to shoot up and then just let them do their thing.   In some European countries, this is an approach that has been tried - even allowing Heroin addicts to register and receive the drug from the government - for free.  The problem with this approach is that it sort of normalizes Heroin use and thus makes it seem more attractive to the users.  Although the Dutch claim it has reduced Heroin usage considerably.  Long story short, I doubt the DEA will be handing out free samples anytime soon.  Not in the US.

Banning drugs, as has been tried in the past, is a lot harder.   The question remains why so much Heroin is on the street today and why it is so cheap.   But if you have half a brain and understand where Heroin is made, well, you know the answer already.   A lot of Heroin comes from places like Afghanistan and is made by people who are terrorists or connected to terrorism.  So, just as buying cocaine funds narco-terrorism in Mexico, buying Heroin funds Islamic terrorism in Afghanistan.

While it is tempting to adopt the victim mentality and "feel sorry" for the addicts, it is akin to the problem with kids who went to private colleges and ran up tons of student loan debt getting degrees in Sensitivity Studies.   They made a really dumb decision, early in their lives, and now have to pay the piper.   Relieving them of their obligations sounds like a "nice" thing to do, but it merely encourages more people to make dumb decisions and colleges to market more useless degrees.

It also illustrates how a lot of decisions you make at an early age can have disastrous consequences later in life.  However, owning up to making bad decisions and moving on is probably the best thing one can do.   Waiting for a bailout or blaming others for your mess isn't going to solve anything.  And I say this with some experience, having wasted nearly more than a decade of my life, from age 13-25 caught up in the drug thing.

And while it might be nice if some government program was set up to treat addicts or whatever, waiting for governmental solutions to what is ultimately a personal problem is never the right answer on a personal level.  You do however, have a powerful weapon in your hands - personal choice.   And if you use that from the get-go, it won't matter whether some government bailout for addicts is enacted (it won't be, anyway) because you won't be addicted.

It may sound "harsh" but you have to at least blame the addict for starting down the road to addiction.   No one held them down and shoved a needle in their arm.   No one put a gun to their head and said, "Yes, take that script for Oxycontin, even after all you've read in the paper about how dangerous it is!"   I said No.  Mark said No.  It wasn't hard to do, even when in pain, because while pain is bad, it ain't half as bad as being a drug addict.

I saw my friends go down this road in the 1980's.   One told me about a new drug called "rock cocaine" which later took on the nickname "crack".  Even before the epidemic started, it struck me that setting fire to cocaine was probably a bad idea, as I saw already how cocaine had ruined friendships and marriages (as well as careers and finances) just by sniffing it.   Lighting it on fire?  Are you fucking nuts?

In fact, the idea of just putting any old thing in a bong and smoking it struck me as dumb.  But I saw it happen - people lighting up ground-up pills, coke, opium, amphetamines, or whatever.  The smoking pot thing seemed pretty harmless (until I saw family members slowly lose their minds over it) but burning just any old drug for the hell of it?  Uh-huh.  I don't have that much low-self-esteem thank you.

It is possible to walk away from that nonsense.   The media likes to make it seem like drug use is a disease that you just catch like the flu.  It is more like HIV.   It is a disease, to be sure, but if you catch it, you have to accept some responsibility for not being more careful.   And speaking of HIV, many folks are getting that too, from sharing needles.  Where will the fun ever stop?

I am not sure exactly how shitty we have to make this deal before people say, "Gee, Heroin use, I was thinking about trying it, but I think I'll just stick with my Starbucks habit for now!"

How much bad press does a drug have to get before the plebes catch on?   And should we feel "sorry" for people who are that dumb?

I don't have the answer.   All I know is, I am do not feel sorry for Phillip Seymour Hoffman, I am pissed at him for being stupid.   He was a great actor and had a lot of great roles ahead of him.   Perhaps this is one of the seven stages of grieving or whatever.   But you kind of wonder, "Why, dear God, why?  Why not Rush Limbaugh instead?"

Well, OK, that was not very nice.  But you get the point.

We all have choices in this world and the outcome of our lives depend a lot on these choices.   Yes, fate plays a huge role as well.  But the choices still sway your life in incredible ways.

And choosing to take drugs - even prescription ones - is indeed a choice.  And if you know where it is going to lead (and you have no excuse for not knowing) it is an informed choice.

I am glad I walked away from the drug lifestyle.  I feel somewhat sorry for those who didn't.  But at the time, they told me I was the fool for walking away.  They claimed they knew what they were doing.   I wonder where they are today?
Newer Post Older Post Home