What Ever Happened to 3-D Printing? 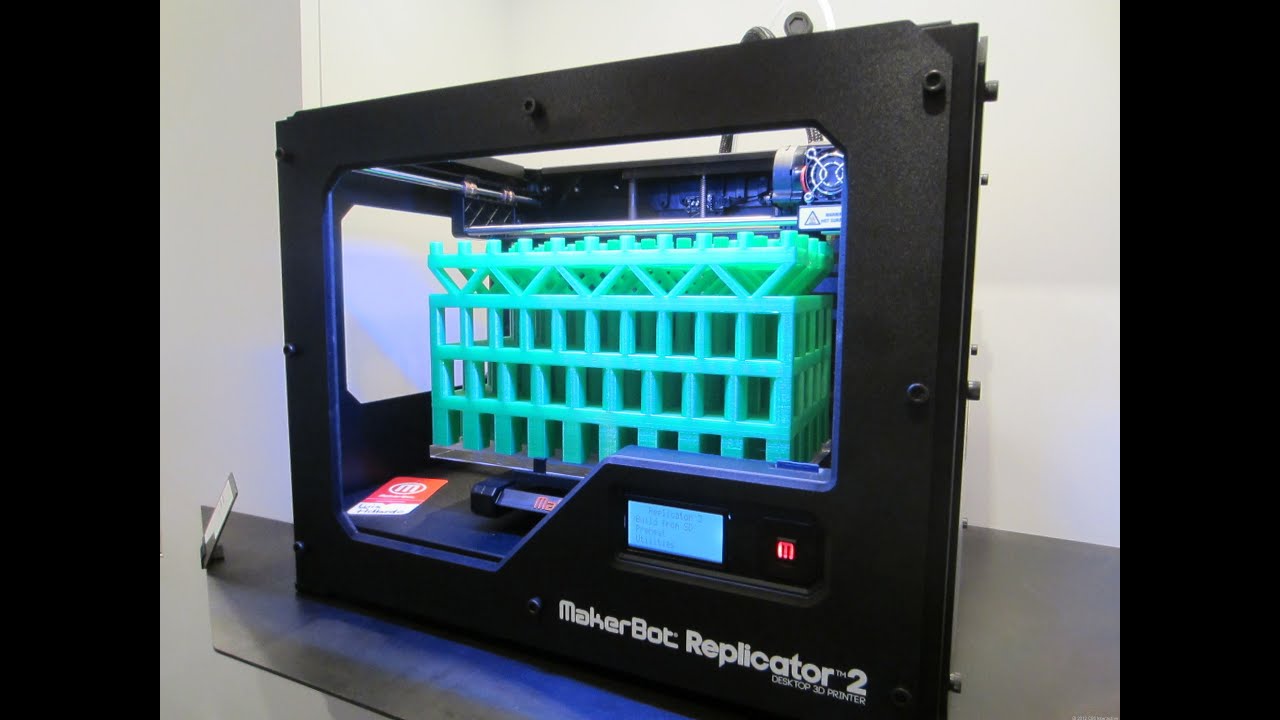 3-D Printing is an exciting technology, but hasn't and likely never will live up to the hype.

As I noted in another posting, Motley Fool has been hyping 3-D printing as "the next big thing!"  And although they claim they don't "chase the hype" they seem to generate a lot of it in that article.

The hype isn't that 3-D printing is an interesting technology that will have (and has had - it is not a "new" technology, but rather more than a decade old) many interesting applications.   No, the hype they use is that it will "Put China Out Of Business!" and other modest claims.   Of course, most 3-D printers are made in China so I am not sure how that is so.

But first a word about China, or more precisely a word about the word "China".   China is a high-index word, like "Mom" or "Obama" and will generate an emotional response from a lot of people.   And for a lot of people, "China" is a word packed with emotion.   Trump (another high-index word) uses China a lot as a means of vague foreign-bashing.   It resonates with the plebes, who are convinced that somehow China has taken something away from them.

For example, when Mark worked at the Museum store, a busload of rednecks comes in and one of them says, "Ya got anything that's NOT made in China?  All this crap is made in China!"  And of course the redneck in question was wearing white sneakers (only old white people wear those anymore, apparently) made in China, a t-shirt made in China, and even his "Trump - Make America Great Again!" hat made in China.   Professing to be anti-China while buying almost everything you own from China is hypocrisy of the first order.

China is not the enemy.  Ignorance is.

But getting back to the hype, these same kind of rednecks would believe garbage like the Motley Fool spews - that someday you can wake up and say to your 3-D printer, "Make me a new iPhone, because I just dropped my old one in the toilet!"

Or, as posited on one discussion group, that you could just 3-D print yourself a new car, and it would cost you little or nothing.

A fantasy and an illustration as to how most Americans are technically illiterate.   Most 3-D printers today make things out of plastic only.  Other materials are coming online, but the idea of 3-D printing from dissimilar materials is the real issue.  Things like cars or iPhone are made of steel, glass, rubber, fabric, ceramics, plastic, all arranged in a very complicated manner.   3-D printing an airbag, for example, would be very tricky.

And then there is the issue of electronics.   Ironically, the processes used to make semiconductor devices got their start from photo-lithography.   A semiconductor chip is made of layers of materials that are sputtered in place, or etched away (using a photo mask) or are doped or embedded using a number of techniques that don't really lend themselves to 3-D printing.   We are talking about things on a microscopic - a nanoscopic - scale.  The idea that you could push a button and a car or a smart phone comes out the other end is a bit far-fetched.   Some assembly would be required.

And who knows, in 100 years, robots may assemble such devices, although I would guess that mass production on a robotic assembly line would be more economical than trying to make "one-off" devices using 3-D printing, even then.

But the point is moot, for two reasons.  First, such fantasies are still a very long way off.  Stamping cars out of steel will still be far cheaper than trying to "print" them for a long time to come.   3-D printing will be useful, but it will not replace ordinary mass-production techniques in the near future or even the far future.   The idea of it putting China "out of business" is nonsense.

The second problem is one endemic to all emerging technologies and that is, who do you invest in?  Note that I said "who" and not "what".   Which company will dominate the market, or at least survive and make a profit?  It is hard to tell in advance.

When the railroads came, everyone invested in railroad stocks.   And within a few years, there was a bubble and many railroads went bankrupt.   How to know in advance which one to invest in, is problematic.

When the auto came, small manufacturers sprung up in every town.  Most went out of business, as the business matured and consolidated.  Even the successful companies, such as Ford and GM nearly faced ruin at early times in their histories (and in recent times as well).   Betting on emerging tech is hard to do.

When airplanes came along, the pattern repeated, but even worse.  As the industry required a lot of R&D to keep up with rapid advancements, few dividends were paid as profits were plowed back into R&D.   Within a few decades, the industry consolidated and many smaller players went bankrupt or were consolidated into larger companies.  If you bet on the wrong company, you'd lose money, regardless of the fact that airplanes were "the next big thing!"

And so on and so forth.  Computers came along.  IBM went big and then went away.   The PC business has had its ups and downs - Dell bought Gateway, HP got out of the business, and now everyone struggles to sell PCs in this smart phone era - itself an example of the problem of who to bet on (check Apple's stock price lately if you doubt me).

The Internet arrives and everyone bets on AOL and loses.   The telcos end up being the ISPs of the future.  Who saw that coming?   Social networking arrives.  MySpace and Second Life are the "next big thing" until some kid in a dorm room accidentally stumbles into something more popular.

It is never ending, and 3-D printing is not immune from this pattern - already companies are going bankrupt or facing difficulties as the bloom is off the rose.  If you got caught up in the hype spewed by Motley Fool in the last few years, you likely lost your shirt on 3-D printing stocks.   The "next big thing!" turned out to just be a "thing".

And really, there is no "next big thing!" to invest in, anyway.  There is no "ground floor" to get in on, except in retrospect.   So the sooner you stop buying into that sort of nonsense, the better off you will be in life.
In a way, the plebe's fascination with 3-D printing reminds me of how they perceive things like carbon fiber or "billet" aluminum.   In the hot-rod world, one way to make custom parts for your car is to make them from "billet" aluminum.   This is not a type of aluminum, but rather a description of how it comes and how it is made.  Most mass production processes try to eliminate waste and reduce manufacturing time.  So, for example, if you are making 1,000 aluminum brake calipers, you would cast them in a casting machine or even investment casting.   It is cheaper and faster to do.

It is possible - although not economical - to just take a block of aluminum (a "billet") and then just machine away huge amounts of metal using a multi-axis N/C mill, until all that is left is the part you desired.  It is like how stone sculptures are made - you chisel away everything that isn't what you want, and it is time-consuming and leaves a lot of rock dust.

Now, if you are making a custom part, then machining it this way is usually your only choice - and it is a lot cheaper and faster than making a sand or lost-wax casting of one item.    But for some reason, among the hot-rod ignorati, the term "billet aluminum" has taken on a secondary meaning as something special, high quality, high-tech, and of course, faster and cooler.   But the reality is, of course, none of this is true.  It is just a way of saying "custom-made" and trust me that a mass-produced forged aluminum wheel is going to be a lot better, lighter, stronger, and cheaper than one machined from a billet of aluminum.  It won't, of course, be unique.

The same is true for 3-D printing.   I see on a lot of car shows, some trim piece or part of a car being hyped as "3-D printed!" as if this meant it was better than a part made using more traditional techniques.   What it means, however, is that it is unique and custom.  The process does not mean that the part is better necessarily.

Ditto for carbon fiber.  It is a lightweight material used in high-performance cars to create bodies that are strong and feather-light.   In such applications, it is not only exotic, but performs far better than more traditional materials.   However, replacing your dashboard trim with carbon-fiber pieces (or worse yet, things that merely look like carbon-fiber, but are not) isn't improving the performance of your car or making it significantly lighter.

Again, the same is true of 3-D printing.  The press reports on it as if anything made using the technique is inherently better.  Granted, the technology does allow for unique shapes to be readily made, and in that it has a bright future.   But 3-D printing a garden gnome is meaningless.
Newer Post Older Post Home