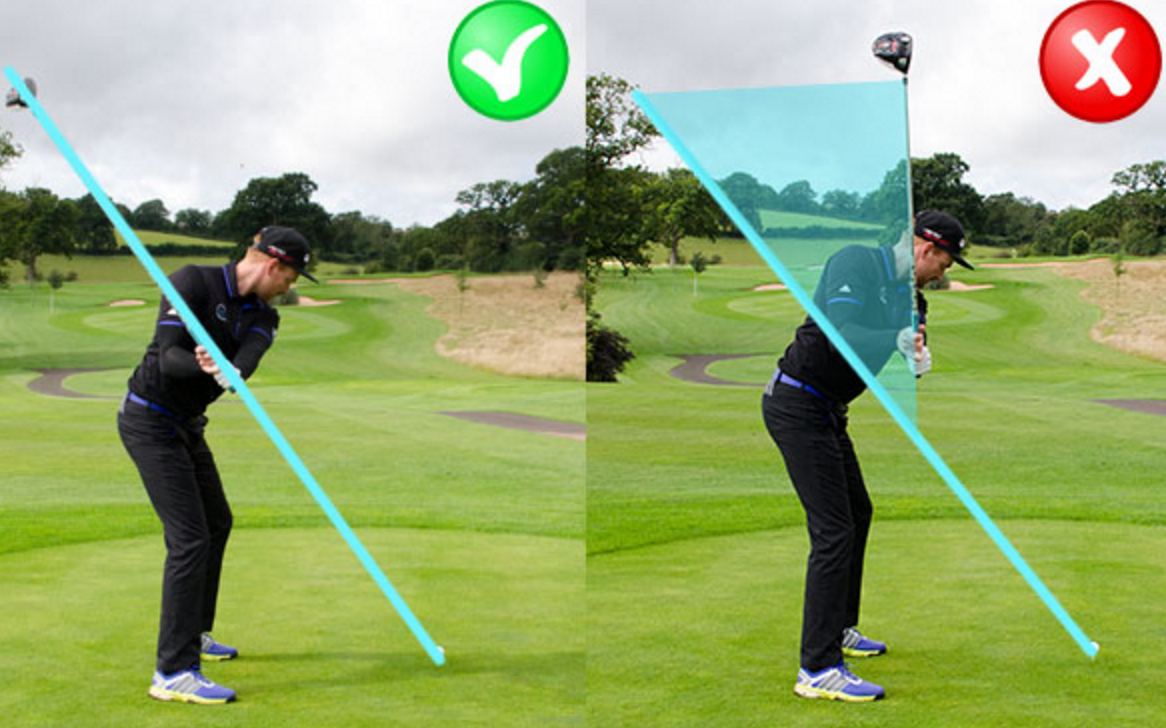 You can spend the rest of your life trying to fix a bad swing!

There is an old joke about golfing that goes something like this:

"I used to enjoy golf, but then I got good at it!"

It is funny because it is true, and golf is the perfect Skinner-box of addiction, with rewards becoming less and less frequent, the more you play.

If you are a novice golfer, as I was, you go out onto the course and are utterly befuddled.  Friends and fellow players try to give you swing advice and whatnot, but half the time you whiff the ball (fail to hit it entirely) and the other half, you hit it and it goes about fifteen feet to the "ladies tee"- if that.

You are just about to give up on the game when you take a swing at the ball and it all goes right.   You can feel it in the backswing that this is it.  You swing through the ball and it makes that satisfying "golf noise" - as I call it - that you hear on the television, and the ball lofts up far into the air and far down the fairway.   Did I just do that? - you think.  But you nonchalantly nod and pretend this is how you always hit the ball, "but for" distractions, bad clubs, a crosswind, or whatever.

But you made that perfect swing, connected with the ball, and it felt good.  You spend the rest of the game trying to recreate that experience - and the rest of your life, if you are hooked.

You play more.  You take lessons.  You buy a new set of clubs - then a newer set.  Surely better clubs will make you a better player, right?  And to some extent, you do get better.  But then your standards for what you consider acceptable play increase.  No longer are you content to "make the golf noise" once or twice during a 9-hole play, but in every drive off the line, for 18 holes or more.  Maybe 36!

And of course, you want your drives to go further, be more accurate, get closer to the green.   You need to correct a slice or hook - so off to the golf pro for more lessons.   Maybe you buy some sort of fancy gloves or training appliances.  You spend hours at the driving range.  It goes on and on.  You spend more and more time, chasing after fewer and fewer rewards.

Addictive behavior is like that.   You want to repeat the same experience you had initially, but even if you are successful at repeating it, it isn't as satisfying as it was before.  So maybe you make up for this by repeating the same behavior again and again - like one of Skinner's rats pressing the pellet lever 1000 times.

Sex is a lot like that.  As a teenager or young person, you experience sex for the first time.  Like an amateur golfer, you aren't very good at it, but when your swing is just right - golly!   And you want to repeat that experience again and again.   But even as you get more experience, the returns sometimes diminish.   Maybe if you bought some sort of appliance or costume, or acted out some wild sexual fantasy - maybe that would bring back that initial rush of excitement you had as a teen.   Maybe.  Odds are, it won't.

It is funny, we like to think that teenagers are promiscuous and horny and have all this great sex.  But the reality is, they are often more prudish than their elders - they talk a lot about sex, but rarely have it  - as much as we think they do, anyway.  But older people, they are the ones into the kinky bits - joining the wife-swapping club or into an S&M scene.   The hotbed of STDs in Florida isn't at the local high school, but among the elderly at The Villages.   Sure, they all seem like mild-mannered golf-playing Republicans.... but behind the scenes!

I was thinking about this the other day, and wondered whether this explains why so many people obsess about their childhood and upbringing - or high school - even though is forms only a small fraction of your life, and becomes a smaller and smaller fraction as you get older.  And perhaps it is because these are early or initial experiences - like that first successful golf swing, or that first kiss.  You remember that, but maybe not so much the dozens, hundreds, or thousands of experiences later on in life.

We are imprinted by these early experiences, which is why they sometimes haunt us later in life.  And it is hard to ignore these early imprints. Eventually, if you live long enough, other more relevant experiences may crowd these out - at least for some.  For others, what happened to them in the 8th grade scars them forever, and they can't seem to get out from under it.

Of course, one way to avoid becoming addicted to golf - or anything else - is to simply not play it, or stop playing it if you do.  We sort of gave up on golfing as we realized that while it was fun for a while, we were not interested in spending thousands and thousands of dollars on equipment, spending every week playing in a league, taking lessons, trying to "correct" our swing, and so on and so forth.  You realize, as with anything, there is an "up or out" factor involved.

I am not picking on golf here - it is a fun game - but merely using it as an example.  In any hobby, vocation, business, or other interest, there reaches a point where you have to decide whether you want to "take it to the next level" or be content where you are, or simply walk away.  I have recounted time and time again about older men (usually men) who decide to rekindle their enthusiasm for boats, motorcycles, hobby cars, RVs, or whatever, by moving up to the "ultimate" vehicle or level of their hobby.  What they often discover, after squandering an awful lot of money, is that they were bored with the hobby in general, and moving to that next or last level was, in fact, a mistake.   They were not further enthused by spending more, but rather were simply bored in general with the hobby, and would have been better off simply walking away, or letting their enthusiasm fade over time - perhaps picking up some other interest.

Or people who vacation at the same place every year - trying to relive that initial excitement they had when they first visited.   Folks who go to Disney World again and again, year after year, until they know every inch of the place like they back of their hand.   Is the 20th visit as exciting and full of wonder as the first?   Likely not.

There is an alternative, I think.  And that is not to necessarily "give up" on some things, but to try new things, and not feel obligated to maintain a lifelong interest in something, just because you started down that path.   New experiences have the greatest impact on the brain.  Doing the same thing over and over again is chasing diminishing returns.  Trying new things, on the other hand, has the greatest potential for reward.
Newer Post Older Post Home