The Recession is Over Before It Began! 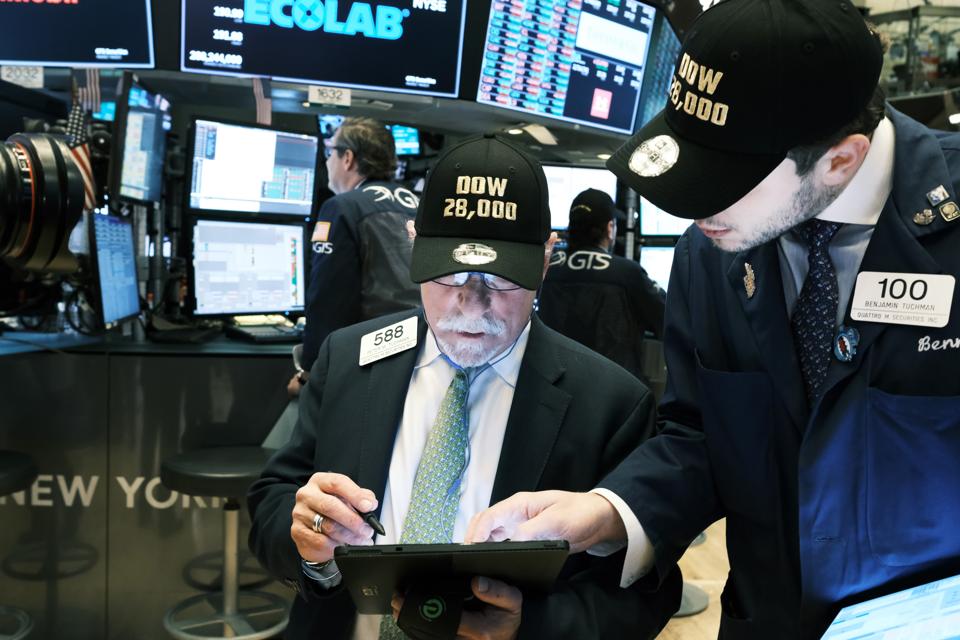 Well, good news, folks, a few Wall Street mouthpieces have said the recession is over - before it began!   Thank God for Wall Street!


I have been worried about recession for some time now.  After all, we are now in the largest bull market since, well, 1929, and bull markets don't last forever - even the bullish admit that.   Granted, neither do bear markets, and over time, the bulls outweigh the bears.  Sadly, though, if your timing is off, and you buy during the bull and sell during the bear, you might go broke.

And if markets are distorted - through things like funny-money loans, artificially low interest rates, deficit spending, tax cuts, printing money - the market can expand like a balloon, and then pop.   In another rubber analogy, it is like a rubber band - the longer it is stretched back, the harder it hurts when it snaps back.

But, no worries!  The stock market is doing well, and as we all know, the stock market is the economy, lock stock and barrel.    So, since the DJIA is up a few points, it means all those laid-off truck drivers got new jobs, the staggering debt load of average Americans (and average American companies) has evaporated, the junk debt being bundled and sold as "investments" is now investment-grade, the Federal budget is balanced and our national debt is paid off.

But wait, it gets better.  Since the NASDAQ is doing a little better, it means that two years of recession in the railroad industry has been wiped out.  All that fraud and nonsense with these "tech" IPOs has evaporated overnight.   Because the S&P 500 went up a smidgen, bitcoin is now a real currency!  And gold is worth double what it was ten years ago!   And those bankrupt farmers?   All buying new Cadilliacs!

And China? We've got them on the ropes! Before Trump, China was buying billions of dollars worth of American soybeans, and we were importing Chinese goods at a record pace with few or no import duties. Thanks to the new trade deal we will transition to a system whereby the Chinese will buy billions of dollars of American soybeans, and in return, we will import more Chinese-made goods with few or no import duties. Thank God Trump showed those Chinese what-for!
(Of course, this could all evaporate overnight. As some commentators have noted, Trump makes major economic announcements when his polling numbers decline, or an unfavorable story about him, like impeachment, is about to break. Then he pulls back and the market declines again - along with his polling numbers. Some argue he may be manipulating markets as a result. If an insider knew when these announcements were coming..... you could make a pile of dough!).
With the re-election of the conservative government in the UK, Brexit has been called off, and all the nations of the EU are joining hands and singing together, the EU national anthem - "I'd like to teach the world to sing!" Hey, that could happen, right?
Of course, I am being sarcastic here.  Nothing dramatic has changed as a result of these recent announcements.   If indeed Trump calls off his tariff wars, it only means a really horrible scenario is avoided.   It is like if the UK avoids a "Hard Brexit" it doesn't mean recession in the UK might be avoided, only that a worse recession would be avoided.

The economy is driven by trade and work.   So long as companies invest in businesses that take labor and raw materials and create something worth more than the sum of the parts, profits can be made.   But in order to do that, the products have to be affordable and there has to be demand for them.   People need to have money to spend to buy these things.   And with stagnant wages and increasing debt load, a lot of consumers no longer have any spare money laying around to buy the latest piece of techno-trash or use the latest online app service to deliver their groceries.   The economy - our consumer economy - isn't driven by the stock market, it is driven by consumption.

So why are these prognosticators saying that 2020 will be booming, or at least grow, albeit at a slower rate?   They could be right, of course.  Or they could be planting stories designed to boost stock prices so they can cash out and sell their shares to boobs like you and me.

Act shocked - people manipulate markets.   Every time you read an article about a "Wall Street Expert" and their predictions for the overall market or the price of an individual stock, ask yourself whether they have skin in the game.   Because it ain't illegal to say that Acme company stock is going to go through the roof, after you've bought 1,000 shares of it.