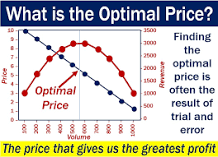 I've written before about fast food.  It isn't fast.  It isn't food.  It isn't a very good bargain.  But Americans love it and it is hard to get away from.  We don't eat a lot of fast food.  According to my Quickbooks log, in the last 54 months, we've visited McDonald's maybe 28 times or about once every other month.  Some people go every day.  Today we spent several hours at the camper doing work for our trip.  It was hot and we were tired and Mark suggested we get a quick sandwich.

It was an interesting experience in economics.

I wrote before how we were travelling a few months ago and drove through a McDonald's and got a coffee and fries. It was like eight dollars!  The fries alone were nearly four bucks.  I was disappointed to say the least.

A couple of months later, we stop by a Micky-D's with the trailer, so we can't go through the drive-through. I go inside and use the kiosk and tap on "Deals".  They had a chicken sandwich with fries for about three dollars or a double cheesburger with fries for about the same.  This is the "small fries" in the paper sack that is so hard to find outside of a happy meal.  No, I don't need an entire fried Idaho spud in a cardboard box, thank you.   Anyway, the total, for two people, came to $7.11.  While I was waiting, I looked at the menu and realized that some sandwiches cost nearly that much, particularly the fancy things that were heavily promoted on the menu.

On today's trip, the total was even less - $6.36 for a "Spicy Chicken" sandwich and a "McDouble" both with small fries.  More than enough food for two people and well under ten bucks.   Others in line were buying $20 worth of food.  Why was this?

The worst way to go to McDonald's is to go through the drive-through and order off the menu.   The most popular menu item at McDonald's is the "I'll have the uhhhh,....uhhhh.....uhhhhh!" - which is by design, as the menu is very confusing to read.   People get to the head of the line and they panic - and they order the flashiest thing they see and don't look at the prices too closely.   So they spend over eight bucks on one "meal" while I am spending less than that for two people.

Of course, McDonald's has an "app" and you can use that through the drive-through, with mixed results.  I noted before the app was buggy and some restaurants were refusing to fill app orders.  Apparently, McDonald's has a new app (which wiped out all the "points" people accumulated with the old app) and maybe it works better.  If you sit down and look at the menu choices, you can see there are low-priced items and "deals" to be had - far less costly than the featured sandwich on the menu board.

It struck me, though, that this was an excellent example of optimal pricing.  The busy construction worker goes through the drive-though and orders the first thing he sees on the menu.  He doesn't care about the price as much as he wants fast service and doesn't have time to dick around looking for coupon specials.  The retiree, on the other hand, is living on a fixed income and has time to scour the menu for bargains.

Whether you are selling soap or hotel rooms or automobiles or hamburgers, the game is the same.  The "wealthy" shopper (who thinks they are wealthy anyway) doesn't look at prices and buys brand-name detergent.  The thrifty shopper buys the store-brand soap (made by the same company) or uses a coupon.  The hotelier sells rooms to businessmen and tourists at the standard "rack rate" but fills empty rooms using discount promotions or through online services.  The automobile company has a make and model for "every purse and purpose" (as we used to say at GM).  From lowly Chevy Biscayne to fully-loaded Cadillac, there is a price point for every shopper.  Only an idiot would sell the same product to everyone at the same price.

So it is also true at Micky D's.   You can spend a lot or spend a little.  The people in a hurry will pay more.  Those who have the time and want to save money will pay less.  It is a choice.

Of course, it still is cheaper to make food at home.  A chicken patty, a bun, and some lettuce and mayonnaise cost maybe a dollar or so overall.  A small handful of frozen fries, far less than a buck.  You just have to take the time to put it all together, which we usually do.

Making food at home is the ultimate price point for stingy folks, and our default mode of operation (and one reason you can retire on a lot less than you think - my next blog entry).  It is also why we rarely eat out anymore and when we do, it is either because we are traveling or because we want to share a special treat with friends.

But if you do eat out, there are price choices, even within the same restaurant, even with the same menu items.

UPDATE:  A reader writes to remind me about IN-N-OUT burger, a chain that is popular on the West Coast.  They have a simplified menu, fast service, and fixed low prices.  Sort of the model McDonald's had back in the 1960's.  Sadly, the lady who owns the place is not only anti-gay but an anti-vaxxer as well.  She makes Chik-Fil-A look progressive.  Then again, most successful major corporations are run by heartless conservatives.  The companies run by bleeding-heart liberals all went out of business.