Why Companies Are Conservative 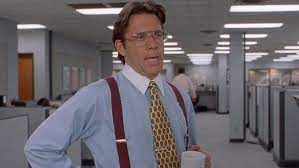 If you think about it, it is no surprise that companies are conservative - for various reasons.

I mentioned in a previous posting that most companies have very conservative values because the liberal companies go bankrupt fairly quickly.  You can't run a company on the basis of your social justice values - your employees will walk all over you.  In theory, it is a great idea to be "nice" to your employees and grant them all sorts of benefits and perks, but the biggest pushback you will get is not from the shareholders or management, but from the employees themselves.  People want strong leadership and being "nice" is seen as being weak.

It comes down to psychology.  People want firm boundaries, even if they are painful.  I always had a habit of sliding into work a few minutes late, when I worked at Carrier.  My boss would let it slide, which made me feel even worse.  When he finally called me into his office and said I had to report to work on time, it was a relief.  There were boundaries and rules - and the rules were made clear to me.  By letting it slide, he was being "nice" and avoiding confrontation, but in turn, I let being on-time become less and less of a priority.  Hey, he didn't say anything the last time, so I guess it's OK to be a little late, right?That is how we all think, subconsciously.

I mentioned before the psychology of law firms - how the partners had their offices on "Partnership Row" which was quieter and more nicely appointed than the rest of the firm.  When you went to those elevated environs, you realized you were in the land of the Gods.  Even the carpet was plusher.  It was a way of telling you that you were valued, but they were valued more.  It is the hierarchy that any organization has to use in order to keep things running smoothly.

Of course, as young Associates, when we got together after work for drinks and a "bitch session" we all thought that "If we were running things...." it would be much better.  We wouldn't have such draconian production targets, for starters.  And we'd pay our Associates a greater percentage of their billable hours!  We would make the system more fair!

What a bunch of idiots.

I found out firsthand why that wouldn't work.  When I started my own practice, I hired a few people and paid them a percentage of their billing - a generous percentage.   There were no billable goals - they could make as much as they wanted or as little.  I assumed they would work hard with the incentive to make more money the more they worked.  I assumed wrong.

The idea had so many problems.  First of all, there is a lot of fixed overhead in having an employee - particularly if they are on your health insurance and 401(k) and whatnot.  So if an employee doesn't generate a lot of billing, they might not even cover their overhead.   Second, it pays to keep people busy and give them goals.  If not, they find other things to do.  In our business, it was possible for people to work "on the side" doing searches or whatever, and I suspect at least one employee had a side business going, given how little they worked (Sounds preposterous, until you realize that Frank Lloyd Wright did it).   Another of my employees had a spouse in another city and would leave on Friday and come back on Monday - at first.  By the end, they were leaving on Thursday and coming back on Tuesday - spending as little as two days in the office.  That was not sustainable.

I thought my "progressive" ideas would encourage them to work hard.  It didn't work.  As a result, I ended up doing even more work myself - while making less money.  Compounding this, the quality of their work was often lacking, and they didn't take too kindly to me pointing out obvious errors in their work, such as misspelling the word "Patent."   I kid, but it is an issue - and one reason my bosses were "hard asses" at the firms I worked for.  They demanded high quality work and I learned how to provide it.  And in retrospect, they were right to criticize my early efforts - I had a lot to learn at the time!

So it comes as no surprise to me that most major corporations have hard-ass policies and what's more, are very conservative in their values.  Oh sure, such-and-such Fortune 500 company paints their logo in "pride" colors for June or they promise to pay employees' travel expenses to get abortions (which saves them more money by not paying for maternity leave!) but in reality, they contribute huge sums of money to Political Action Committees that support right-wing Republican causes or even Trump himself.   Disney is in a lot of hot water with State GOP leaders in Florida - after contributing to their campaigns for decades!  I suspect the whole thing is just smoke-and-mirrors and Disney was tired of providing Police and Fire protection for their county.  Now the taxpayers can pay for it!   And DeSantis comes across as a hero to the far-right.  Everyone's happy.

But what about our European friends?  They love to crow about how they get four years of paid maternity leave, nineteen weeks of paid vacation plus three weeks of paid holidays - and don't even have to show up for work if "they don't feel like it" or their daughter has a flute recital.  And they all make $100 an hour - while a "Big Mac" costs only 99 cents!  Surely their socialist paradise is an example of how we can all be part of the "Get Along Gang" and be nice to each other, right?

Maybe. Maybe not.  The number of strikes and industrial actions, and the amount of labor unrest in Europe seems to indicate otherwise.  Right now, railway workers in the UK have voted to go out on strike.  I think the railway workers in France have been on strike since 1987 - or so it seems.  There are violent labor protests in Europe that haven't been seen in the USA since the 1930's.  So maybe there is more to the story than what we read on the Internet.

Of course, what they are protesting isn't quite the same as in the US.  In France, they were protesting going back to the 40-hour workweek (from 35).  And maybe the strikes and protests are one reason why labor conditions in Europe are better than in the United States.  And maybe with increased unionization, we'll see better labor conditions here - we'll see. Everyone has a breaking point, and American businesses' incessant demand for increased productivity and profitability has to reach an end-point.  Profits and productivity can't go up indefinitely.

But that was not the point of this posting. In fact, increased unionization will probably push more companies further to the right than before.  And unions, in part, expect this and welcome it. So long as the labor/management relationship is confrontational, the unions win.  And the more confrontational it is, well, the better chance the unions have at getting their foot in the door.  Starbucks and Amazon may be fighting unionization of their companies, but at the same time, their anti-union efforts only throw more gasoline on the fire.

If they made union membership mandatory, the workers would probably rebel against it.

Of course, there are other reasons why companies are conservative.  They don't want to pay taxes, obey regulations, or clean up their toxic waste spills.  They want to be able to fire whistle-blowers without consequences and sexually harass their employees.  You can't blame them for acting in their own self-interest, I guess.  But we can blame ourselves for supporting the candidates they fund, based on stupid culture-war issues.

But you have to look at it from the flip side as well - companies that are successful are the ones that are brutal in the marketplace.  Maybe Jeff Bezos started out as a "nice guy" - we'll never know.  But in order to capture 40% of the online marketplace, he had to stop being a Mr. Nice Guy and treat his employees and competitors like shit.  Nice guys finish last as the old saying goes.  You hold the door for someone and let them go first - and you end up at the end of the line.

That being said, I doubt there will ever be such a thing as a "liberal" company.  I am sure someone will write to me telling me that such-and-such company supports liberal social values.  And again, that may be true, or it may be just window-dressing to appease their customers.  I suspect they also send cold hard cash to right-wing politicians who promise to cut their taxes.