Call Your Own Company, Sometime 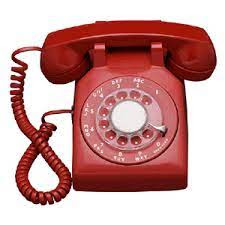 How do customers perceive your company.  Try calling yourself sometime or visiting your own website.

We were in Potosi, Wisconsin at an Army Corp park wedged between a major rail line and the Mississippi river.  There's always a train.   We enjoyed it, just for the night, and were planning on revisiting the "Good Old Potosi" brewery and pub (and beer museum) down the street.   I was ready to unhitch the truck and Mark said, "You know, after labor day and all, they might be closed on Monday!"  So he called and got a recording that said, "Press 1 for address and hours of operation!"

So we did, and the recorded voice said "We are closed Mondays and Tuesdays until April 1st."  So we hung up and gave up on our plans, built a fire, mixed drinks, and made dinner.  I wondered whether the recording was accurate.  April 1st was an odd date to use (April Fools Joke?) in September.  So I called and pressed "100" for the pub.  A cheery voiced answered.

"Oh, your recording says you are closed on Mondays and Tuesdays until April!"

Apparently, they are indeed closed on Mondays and Tuesdays, from January 1st to April 1st, but the recording, made apparently after January, mentions only April.  No one bothered to change the recording (it could be years old for all we knew) so they lost two customers as a result.

And no, I am not relying on Google Maps notation that a business is "open" - we've been burned by that before - going to a location that Google says is "open" only to see the remains of a building that burned down years ago.   So much for "AI"!

And of course, their website was a cobwebsite with no indication of operating hours.

I know, I know, "foLLoW uS On fAcEBoOk!!" - I don't do that shit.  And an outdated or incomplete Facebook page is no better than an outdated website or phone recording.  When I visit any Facebook page for a business (which is rare, as I am not on Facebook) the site has postings about the latest darts tournament or Happy Birthday greetings to one of the servers - but basic information is not there.  And by the way, since I'm not on Facebook, it won't show me much of a commercial business website unless I join Facebook - and that's just not happening.

I suppose some business owners are flummoxed by websites - they hire a "website developer" to "code" their site and they put lots of photos and even videos and animation to make it look "professional."  But often things like the business address and operating hours are missing - or hidden under layers of menus.  And if they want to change the website, the "developer" asks for hundreds of dollars for "coding" to change a phone number by one digit.  So I get that.

In his book, Up the Organization! author Robert Townsend (who was head of AVIS car rental) noted that he tried to call his own company once, posing as a customer,and was horrified at the way he was treated.  Rude employees, long hold times - no wonder AVIS was #2!  They weren't trying harder.  Townsend suggests that any leader try that exercise - calling or contacting their own company through customer channels and see what happens.   It is amazing how many companies have "contact us!" links on their websites and when you carefully fill them out, they promise to contact you in 48 hours - but you never hear from them.  And how many companies say, "Your call is important to us!" but put you on hold for two hours.  I'm looking at you, AT&T!

Of course, in this day and age, customer service is more along the lines of "go fuck yourself" and I wrote before that trying to please every customer often means pissing off all of your customers.  When you try to placate Karen with some special service or discount, you annoy the rest of the customers patiently waiting in line, willing to pay full-price.  Worse yet, you give them the idea that maybe, they too, should cause a fuss and be catered to.

So I get it.  The Potosi brewery doesn't give a shit whether I show up or not. They were probably busy enough as it was.   And it is my fault for believing a recording, when I could have pressed "100" to speak to a real person.  Lesson learned.

On the other hand, it is frustrating as hell to drive somewhere only to see a "CLOSED" sign out front!