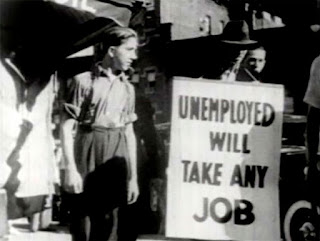 The so-called labor shortage has highlighted a lot of psychological games employers play.

I said before that being an employer sucks.  If you start a company and hire people, it will turn you into a Republican in no time. You quickly become disabused of notions of being "fair" and "nice" to employees.  If you do such things, you end up being screwed by your own employees, as they will see you as weak and easily taken advantage of.  Your boss is not your friend - and your employees aren't, either.

Let me digress a bit, but this so-called "labor shortage" was created not because "the government is handing out money in stimulus checks" but because of demographics.  I was born in the last year of the "baby boom" and like many of my age, have taken early retirement.  Many other "boomers" are well over 65 and retired.  The largest generation ever has stopped working.

And the next generation is smaller. So there are fewer people to take these jobs.  Throw in a xenophobic immigration policy and restrictive laws on where immigrants can work or even live, and you have a self-created "shortage" of laborers, particularly for retail and restaurant work.

For the time being.

And no, it wasn't "stimulus checks" that caused this.  You may recall Donald Trump made a big stinking deal about signing the checks and cancelling direct deposit as a result.  The last check went out in the early days of the Biden administration (passed by Congress in the waning days of Trump) and that was two years ago.  No matter how you do the math, no one is surviving for two years on $1600.  So just shut up about "stimulus checks made no one want to work anymore!"   It is a lie - a huge lie.

But getting back to employment, if you run a company, you have to pay for overhead, and this includes the cost of renting or buying office, warehouse, and/or retail space, as well as utilities and supplies, and of course labor.  Labor is a commodity just like any other, and the name of the game in any business is to make more money in income that you pay out in expenses - otherwise you go bankrupt.

And if you are making "wild profits" in any line of work, a competitor will open up shop across the street, and undercut your prices by fifty cents - which then forces you to compete on price, which in turn means you have to cut costs further and/or have smaller profits. As a result, in a competitive market, profits can be pretty slim.  At GM, we were lucky in a good year to make a few percentage points in profit - there is a LOT of competition in the car business, worldwide, and everyone is chasing the same customers.

So any good businessman negotiates the best price they can get on supplies, rent, utilities, or whatever - and this includes labor.  While it is pretty easy to shop around your office supplies and get the best deal possible, hiring people is more difficult.  You want to pay the least amount of money you can for quality labor - but pay them enough so they stay and don't hop to your competitor at the first hint of a pay increase.  So employers and their minions (HR departments, recruiters) play games to try to get people to work for as little as possible.

If you pay someone too much, it is pretty hard to get them to accept a lower salary later on - at least for long.  Mark went through this as Sutton Place - they gave him a song-and-dance about how rough a time the company was having (during a booming economy, no less) and asked him to make a sacrifice for the good of the company.  He foolishly did and regrets doing so.  And of course, it wasn't too long before he left the company, burned out.  Maybe that was their goal all along.  The real problem the company was having was too many damn "Vice Presidents in Charge Of...." for a gourmet food chain of less than a half-dozen stores.  But I digress.

Once you pay someone top dollar to attract them, their cost will continue to increase over time, as they will expect pay raises based on inflation and performance.  If you can pay them less, you can offer them bigger raises later on, which motivates them to work harder and stay with the company, as you are offering "generous" raises.  But if you pay top dollar, well, you can't raise their salary as much, and they get pissed off and start job hunting.

It tickles me, though, when I read online about people applying for jobs and acting all shocked that they are being manipulated by cheap psychology.  One of the more recent gags is the endless interview process - they force the applicant to interview with no fewer than five people - on separate occasions.  Other arbitrary hurdles used include forcing applicants to prepare presentation videos answering question from a prepared list, performing sample tasks, or retyping all of their resume information into an endless form that requires obscene amounts of useless data (three personal references from the town you were born in - stupid stuff like that).

The goal is, in part, to see how desperately you want the job.  And many people just think it isn't worth it - that in this market, it is the employer, not the employee, who needs to beg, hat-in-hand.

Another goal, some say, is to use these "interview videos" to spike minority candidates.  In the old days, you would attach a photo to your resume, until people figured out that hiring managers tended to favor white candidates.  Most companies went to a "blind" screening system, without photos attached to applications.  That was back in the 1980's. Apparently we've regressed since then - in a lot of ways.

But psychology plays a big role in hiring decisions - on both sides of the fence.  Some companies make the hiring process so onerous that only the most pliant of supplicants will go through the process.  On the other hand, oftentimes people are hired because they act like they don't need the job.

It is funny, but I got  my first law job mostly because I was in a bad mood.  I had interviewed with a number of firms and already had an offer from what I thought was the firm I wanted to work for.  I interviewed at another firm, where an Associate had just quit.  I went to their fancy office and waited in the reception area (with a fancy receptionist, of course) and was pissed that they kept me waiting.  When I interviewed with the hiring partner, I was a little arrogant, I'm afraid.  I didn't need this job - I already had an offer I was ready to accept.  Screw these people and their mind games!

Well, oddly enough, my impatience and arrogance came off as confidence - and they offered me five grand more than the offer I already had (which was a lot of money back then).   I was hesitant, and then I asked my Dad, who gave me the only good advice I ever got from him, "take the highest offer!"  And I did and it was a good place to work and I got a lot of experience in fields I never would have seen, had I gone to work for the Crystal City Japanese sweatshop I had an offer from.

It still amazes me today that I had the balls to do that - talk condescendingly to a partner in a firm during a job interview.   But they needed someone to handle a huge backlog of cases, and I fit the bill.  We needed each other.

Of course, employers don't like it when people have other options.  And making people feel "lucky" to have a job has been the name of the game since the start of the Industrial Revolution - perhaps even before.  As people left the farm for the cities, they needed some way to earn a living, and factory work fit the bill.  Back around the turn of the Century (not the last one, the one before) major factories were located right in the middle of major cities.  None of this factory-on-a-slab in the middle of a cornfield in some hick State nonsense like we have today.

Periodic downturns in the economy - coming soon to a theater near you - insured that people got laid off and became desperate for work.  And employers could play one group off against another and even hire children for some tasks - cutting the cost of labor even further.

It was the recession and energy crises of the 1970's which molded the mindset of our generation.  Factories closed down as they were losing money, and many jobs, particularly in heavy, polluting industries, went overseas (where they pollute still today).  Union wages were blamed for job losses and unions became the bad guys.  Politicians of all stripes ran for office on a platform of "job creation" which was somewhat novel.  Republicans, who traditionally believed that government should stay out of industry, resisted this siren song, until they realized it was costing them elections.  They jumped on the bandwagon and then claimed to have lead it - and promised jobs, jobs, jobs, if only you would vote for them.

It's kind of weird, because multiple generations have now been raised in this environment, where "job creation" is now the #1 priority of government - combined with the idea that if you have a job, you are "lucky" to have it.  It changed the whole paradigm of the employer/employee relationship - somewhat.

Yes, back in the day, you went to work for a company and pretty much stayed there for life.  But on the other hand, they paid you a reasonable (not spectacular) salary, medical benefits, a pension, and other amenities (GM paid me to go to college, as did Carrier).   You were expected to be loyal to the company and vice-versa.  Then again, the CEO didn't make 3,000 times as much as the lowliest employee.

I blame stock options for part of this trend.  Once the higher-ups were paid in stock incentives, the main business of business wasn't making a profit, but jiggering up the share price.  You could work hard to improve the company's products and cut costs, or you could announce a new product or announce new layoffs and watch the stock price soar.  And of course, if you could just chop up the company  and sell off the unprofitable parts (bundled with the pension liability, natch!) you could really make money.  Send the remaining production overseas and you can make millions overnight.  Corporate Socialism went by the wayside, replaced with a "fuck you, I got mine, you get squat!"

So as a result, there is more pressure than ever to cut salaries and overhead.  And this "labor shortage" market is causing hiring managers to have a brain meltdown.  Since the recession of 2008, they've had a plethora of applicants for even part-time jobs, with no benefits.  A whole "lost generation" has had to survive on "side hustles" by driving for Uber or delivering food or whatever - in addition to one or two daytime jobs.   No security, no stability, and no opportunity to get ahead.  But today, well, employees have a lot more leverage than they've had in years' past.

Maybe this is changing now, but I doubt it.  The next recession is almost upon us, and workers who are having a heyday playing one employer off against another will soon find themselves, hat-in-hand, begging for a job - along with all the retired boomers who realize that inflation has wiped out their carefully laid retirement plans.  The labor shortage will come to an abrupt end.

And once again, the circle of life is complete!  Kinda sad, ain't it?