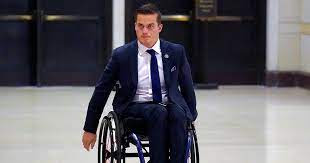 What is it with (certain) men behaving badly?

We have sort of hit a pattern with our travels.  We stay in State or Army Corps parks during the week (for as little as $11 a night).  There are fewer people and fewer screaming children.  I have nothing against kids, but certain young girls discover, at about age 3-4 that they can make this charming piercing screaming noise that will shatter glass - and they do it all day long.   When I first heard this sound - from two tykes living across the street from us in Virginia - I thought they had been hit by a car or were being abducted or something.  It was a scream you only make when you have a number of compound fractures.

And as Mark noted, when we were kids, if we made such noises, we'd receive the back-of-the-hand in short order.  I guess we have made progress today, as parents just sit there, blandly, like nothing is happening as their little girls shriek like they've been doused with boiling water or are having their fingernails removed with pliers.  I guess they get used to the noise.  I have to wonder, though, whether this discipline-free model of parenting has blow-back down the road.  Kids raised without limits and rules eventually encounter the rules of society and end up in jail, pleading "affluenza" as a defense.

On the weekends, we've been staying at gay or "adult" campgrounds - generally less crowded and no screaming kids as kids are not allowed.  Most are "clothing optional" which does little for us, other than to save on laundry expenses.   It is jarring when returning to a "normal" campground, you have to double-check yourself before going outside - lest you alarm other campers.

Some of the campgrounds we have stayed at on the weekends were plain old nudist campgrounds or "swingers" campgrounds for heterosexuals, which was indeed interesting, as I wrote about before.  We've been to three of those, and the owners confess that they don't mind the occasional "men's weekend" as the restrooms are usually cleaner than when the weekend began.   But the straight people end up causing problems for them.  And if they have to call the Police enough times, the local politicians take notice and promise voters to shut down these "dens of sin" - which in rural counties is always an issue - unless the local Sheriff is a loyal customer (as always seems to be the case).

But in all the "straight" nudist or swinger campgrounds we saw signs (or talked to the owner) that reported, in effect, that single men were not welcome.  One campground was very succinct - open to couples or single women only!  Another had a sign saying that they were one of the few that allowed single men - and they'd better behave or else!

Again, this is problematic for the owners (and of course, the women) as if they are being sexually harassed or worse yet - raped - and the police are called, well, that just confirms in the minds of the locals that "sumpin' oughta be done" and close the place down.  Fortunately, these swingers groups are very good at policing themselves (indeed, you have to be a member of a club to attend, and the membership criteria is pretty strict).   Other special events are similarly self-policing. You don't want to step out of line during Biker Club Swinger Weekend - you might end up buried out back.

But what was interesting to me, as an amateur anthropologist, was that the troublemakers were invariably men, whether it was getting too shitfaced and staring a fight or harassing some woman who wanted nothing to do with them.  Not all men, of course, just certain men - maybe only a few percentage points, which cause 99% of the problems.

And crime statistics reflect this. Violent crimes and sexual crimes invariably involve men as perpetrators.  Yes, women are starting to up their numbers in these categories, but they have a long way to go, baby, before they reach anything approaching parity with men.

So, what is it with men?  Generics?  Hormones?  How they are raised?  All of the above?  Perhaps the latter.  I met, at one gay campground, this fellow who was a bodybuilder, covered from head to toe with tattoos.  We were all appreciating the display he was putting on, but to me it was like those fancy fast cars that teenagers lust after.  Sure, a Ferrari or Lamborghini is fast and sexy looking, but is, in reality, a high-maintenance, uncomfortable, and impractical daily driver.  Similarly, the pretty boys and body builders often do not make good soulmates.  Fun to look at, but that's about it.   This is also true with straight people - the "perfect" babe or hunk is likely to be vain, arrogant, and willing to dump you for the next thing coming down the pike.

But I digress, again.

Anyway, I was talking to this body builder guy and he admitted he took a LOT of supplements - steroids and testosterone, among other things - and said he turned gay as a result of the testosterone supplements.  "My sex drive went through the roof, and I found women couldn't keep up!" - or at least that was his story.   I hear stories all the time about these body-builder types having gay sex on the side (with other bodybuilders), but not considering themselves to be gay.  In a way, it is a form of narcissism, perhaps - having sex with the perfect mirror image of yourself.

I am digressing, but I think the point is, testosterone changed his behavior particularly his sex drive.  So maybe that is why there are more men rapists and sex criminals.   The other parts are important, too.  We are programmed in our DNA to have sex (those who are not, do not pass on their genes!) and also programmed to feel ashamed of it (those who are not, also do not pass on their genes, as they would have sex all day long and starve to death).  So genetics are another part of it as well.  Men are just no damn good - by default.

But the third factor - environment - can keep these other factors in check.  How you are raised determines a lot of your behavior.  The neural network that is your brain does have some initial weighted factors in the many nodes.  But over time, neural networks can be retrained to behave differently.   So we have socialization and society.  We are taught in school not to be mean to each other (well, except the bullying part - which is why society is falling apart, perhaps) and to restrain our more beastly urges.  The Golden Rule - do unto others - for example.  Or the teachings of various religions that proscribe sex before marriage.

Again, it seems society is breaking down in that regard.  The Golden rule has been replaced with "I've got mine, jack, you get yours!" and the most conservative of religions (and political leaders) are not only being caught with regularity for committing sex crimes, but committing sex crimes with minors.  And the political parties not only fail to apologize for these things, they circle the wagons.  Far-right religious leaders argue what they are doing is not only not wrong, but God's will.  At the same time, these same far-right conservatives call everyone else a "groomer" or "pedophile."  Every accusation is a confession, it seems.

Again, maybe this is one reason our society is falling apart.  The institutions which are supposed to teach "moral values" are instead spewing hatred and division and practicing some of the worse moral values around.  Kinda hard to take the Catholic Church seriously when they talk about morality - or indeed, any of these protestant mega-churches where the pastor is caught in corpus delicti with the church secretary.  It seems the higher they fly, the further they fall.

So what's the answer?   Well, I think the problem isn't genetics or hormones (unless someone is taking supplements).  Men have behaved badly since the dawn of time, but society has (tried at least) to keep them in check, through socialization and through our legal system.   But in recent years, it seems the rules have changed, and many of the institutions charged with enforcing proper socialization have, in fact, gone backwards - arguing, for example, that the age of consent be lowered.  The problem isn't sexual freedom or liberal attitudes toward sex, but rather the reactionary response from the far-right, who in the past has benefited from the "code of silence" surrounding sex.

In the "good old days" women didn't report sexual assaults because no one would believe them and the Police were reluctant to investigate.  Thousands of "rape kits" gone untested - that is just a recent example.  In the past, in some instances, rape victims were raped again by the Police themselves.  Men behaving badly, yet again. Men in positions of power got away with it - "You can grab 'em by the pussy if you're famous" as one odious politician once said - and still got elected with overwhelming support from so-called "Christians."

When I was a kid, I was told never to be alone with the Catholic Priest.  Mark got the same advice from his Mom.  In 1968 we knew what was going on, but no one said anything about it. One kind in our town did speak up - his parents were forced to move away because of the shame heaped on them. It took decades for the "code of silence" to be broken, and yet some voices - conservative voices - want it brought back.

Meanwhile, those evil liberal women weren't against sex, just against sexual assault.  The left wanted sexual liberation, but with rules.  No means No.  Consent is required. Pretty simple stuff, but this is a message that seems to be hard to teach.  Certain men prefer the old ways - perhaps because that was the only way they could have sex.

An entire movement has been founded on the idea that men should just take what they want, by itimidating women and psychologically manipulating them.  Anyone who tried to woo a women with flowers and candy with thoughts of marriage is deemed a "beta" or worse.  Alpha men take what they want!  Yee-Haw!

And they are not welcome at the swinger's club.

It struck me as interesting.  We live in an era of sexual liberation - you can do your own thing, and people have more liberated attitudes toward sex.  But folks on the far-right want to bring back the era of shame - and these same folks are the ones behaving badly and not apologizing for any of it - after all, Jesus loves them best, right?