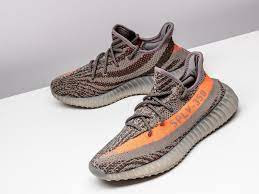 The latest gag from the far-right is that you can win any argument simply by winning.
Who buys sneakers or clothes because someone's name is on them? Dumb!

The trial of yet another mass killer in America just ended and he was, not surprisingly, found guilty.  The fellow styled himself as a "Sovereign Citizen" which - and let's be clear about this - is an entirely made-up thing.  He defended himself in court, eschewing an insanity defense, and when given the opportunity to call witnesses and make his defense, basically punted.  He argued that he should be found not guilty simply, well, because.  He didn't do it!  It was some other guy!  It was an accident!  He tried to honk his horn!  But of course, he was not willing to testify under oath to this - nor would any other witness come forward to testify.

You can bet, of course, there will be an appeal, based on inadequate representation - he should have been forced to have an appointed attorney and plead insanity!  We'll see how that works out.  Most legal experts say he doesn't have a chance in hell.  And if a court wanted to make a "test case" out of self-representation and inadequate counsel, they probably would choose a case where the crime was auto theft.  No one wants to be the judge who lets a mass-murder go free.

But it struck me that his "defense" was the same arguments Trump made - I should win just because I should!  The "Stop the Steal!" arguments claimed there were "mountains of evidence" of voter fraud, and that they had this evidence in their possession.  But for some reason, they could not show it to anyone or produce it in court.   They felt, apparently, that they should just win because they should, and maybe a Republican-appointed Judge would go along with this.  In many third-world countries, this is how it works.  It is how things are headed in Poland- if they are not already there.

And maybe in the US, too.  The investigation into documents hoarded at Mar-A-Lago is being hampered by a Trump-appointed judge, who really should have recused themselves from the case.  They are making decisions that are puzzling most legal scholars - decisions based mostly, it seems, on where their loyalties lie, politically.  Clarence Thomas seems to be going down the same road.

Of course, these sorts of "arguments" didn't hold water for Trump in the past - at best his numerous lawsuits were an attempt at a delaying action or a means of appeasing his voters, most of who believe that legal proceedings go along the lines of "Judge Judy" - where the Judge early on decides who is right and wrong and then gives a long finger-wagging speech from the bench.   Some people apparently believe the Judge Judy show is real - I saw a posting online where someone referred to one of her diatribes from the bench as delivering "justice" when in fact, it is a Tee-Vee show and the "litigants" are paid to participate.  What consolation prizes do we have for the loser, Johnny?  A new gas grill from Arkla!

And the winner gets a new Ford Pinto.  Justice!

It doesn't work that way in real life.  You can't just say, "My side should win" without presenting evidence and cogent arguments supporting your case.  As a lawyer, this is what irks me about these raging true-believers who think the 2020 election was "stolen."   Where is the evidence?  "Oh, there is tons of it!"  Really?  Where?  "Well, you know, they caught that one lady in Texas, and there were a few in Florida..."   That is hardly evidence of massive voter fraud.

But people want to "win" so badly, and eventually it comes down to "I want my side to win" as much as they root for their favorite ball team.  We were driving back from Jacksonville and saw a million-dollar motorhome going the other way.  We talked about it and thought that, for the money involved, you could stay at five-star resorts, driving up in your Mercedes, and have the staff unpack your luggage and put it on coat hangers in the closet.  A maid would make the bed every day and provide fresh towels.  You could afford to eat at restaurants - or get room service.  It would be far cheaper than the cost of "Motorcoach Resorts" and $5.59 diesel fuel (at 8 MPG if that) and the P&I on a million-dollar coach.

Some folks just have to "win" at everything - and these folks want to "win" at the game of RVing with the biggest and baddest RV in the resort (never in a campground - Please!).  I saw a picture online of a center console boat with six 400-HP engines on the back.  2400 Horsepower - for what? The fuel consumption would be staggering and the cost of each engine is in the tens of thousands of dollars.  The point is to say, "I can afford this" even if it makes no logical sense.  The point is to win.  At boating.

It is an extension of the Culture of Belligerence and it is popular with the more stupid people on the planet (who sometimes, inexplicably, fall into money).   Winning becomes everything to them.  We saw this on our little island, where an Easter Egg hunt was marred by white-trash kids from the country knocking over toddlers and stealing their candy, so they could "win" at Easter-Egg hunt. "Way to go, Little Bubba!  Knock that infant down!  Step on his face!  He's a weakling, he deserves to lose!"

In politics we see the same thing.  People are willing to vote for legislators who vow to abolish the voter's only social safety nets - Medicare, Medicaid, and Social Security.   Many of these voters are recipients of these benefits, but are willing to starve themselves to death (or their grandma) and go into medical bankruptcy just to "own the libs" and win, win, win!

The Republicans have twisted politics into an identity-sport, where you choose your team and root for it, and boo the other guy.  Well, they've done this for one team.   People pledge allegiance to Trump, but few Democrats go berserk over their own candidates.  It's just voting, it's just politics.  These aren't celebrities or superstars, they are just elected representatives who have an important job to do.  But dumb people - and let''s face it, you have to be pretty dumb today to still think Trump is a real Republican or even a decent human being - fall for this sort of sport.  It becomes all about winning and our side should win... just because!

And when they lose, well, the game was unfair!  Someone cheated!  Never mind that they played the game poorly - advancing nonsense policies or no policies at all.  It has been over a decade now, and "any minute" the Republicans are going to announce their replacement for Obamacare.  But like the election fraud evidence, it must be locked up in a vault somewhere.

Or it doesn't exist.   It doesn't exist.  When someone claims to have something revolutionary but they can't show it to you, they are lying.  Whether it is a perpetual motion machine or election fraud, it is the same deal.

But then again, Trump supporters actually believe that "you have to keep your evidence secret until trial!" where you introduce surprise witnesses at the last minute, like they do on Perry Mason.  That's a television show.  In real life, you have to present your evidence before trial, and there is no legitimate reason to conceal it.  Well, that is, unless it doesn't exist.  And surprise witnesses are generally not allowed at trial, other than to rebut an opposing witness.  The surprise witness strategy rarely is allowed, except on television.

It isn't just sovereign citizens, either.  The whole "tax denial" thing works the same way.  It comes down to "I don't want to pay taxes!  Wah!" - a temper tantrum, not a legal argument.  If you scream loud and long enough, maybe people will capitulate.  Sadly, sometimes they do, which leads to more screaming and tantrums down the road.

We see the same argument being made by Mr. Wheezy - apparently thinking he deserves to win, "just because" - and again, mental illness is at work here.  Why anyone would pay extra for a pair of sneakers, or a shirt, or whatever, just because it has the name of a has-been rapper (or any celebrity) is beyond me.  And by the way, screaming obscenities into the microphone is still considered "music?"  Maybe it is time we put that dog down - rap is crap, let's face it.  It is almost as bad as "New Country Music!" where men sing in whiny tones about how Trump lost or their pickup truck broke down.

But, maybe that is the point.  It isn't that these individual actors are acting badly, but that a vast army of idiotic people support them.  Yes, every mass-murderer gets tons of fan mail in prison - and marriage proposals as well.  Some women even marry such convicts - who were convicted for raping and killing women.  Wonder how that plays out?

I've said it before: Be your own celebrity.  Found your own fan club - with one member, who idolizes you.  Live your own life, not someone else's, vicariously.

It just struck me that this fellow in Wisconsin was repeating a lot of nonsense we are hearing all over the country today, mostly from mentally deranged people.  They want to get their own way, simply because they want it.   But that's not enough, in a society where there are other people.

In a way, it is like the paradox of tolerance.  You cannot be so tolerant as to tolerate intolerance - otherwise the intolerant take over and use your tolerance as a weapon against you.  We see this today, with people who want to burn and ban books, claiming to be representing "free speech" - which they define as forcing other people to platform their intolerance.

Or, like in some countries in the world, where free elections are held for the first time, the first thing people vote for is no more elections.  And if you think this is a third-world phenomenon, be patient, it is coming to a Western Democracy near you.  Very near you.

It kind of makes you want to give up on humanity.

But we'll have to see how this plays out.  We've seen this pattern before in history - people who enjoy freedom are not obsessed about it.  People who pine for totalitarianism make their whole identity about it. They should win because they should - they are on a holy crusade!  No one is a bleeding fan of Joe Biden - he was just a guy they voted for.  Trump supporters literally think he was anointed by Jesus.  I'm not kidding about this, either!

This is the end game of the age of unreason.

Maybe we should reopen the mental hospitals again.  Folks like this should not be running around causing trouble for everyone.