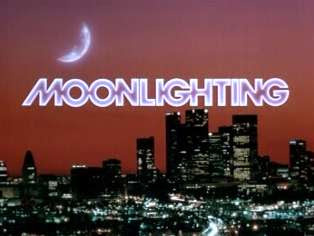 Many companies have polices against "Moonlighting" - is this fair?

Equifax, the company that everyone loves to hate (well, among others...) found out, using its own surveillance tools, that the people "Working from home" for them were also working for other companies - sometimes doing as many as three jobs at once.  And by "at once" I don't mean at different times, either.

Nice work if you can get it - three paychecks!

But I've been down this road before.  Companies I worked for had me sign contracts agreeing not to "Moonlight" for others.  But of course, on more than one occasion, I did, when I needed some extra money for school or to pay off debts, I took a second job delivering pizzas or something.

Why are companies against this?  Well, if you think about it, it makes sense.  To begin with, there is the possibility of conflict of interest.  When I was at the Patent Office, we had a fellow who decided he wanted to try working on the outside.  So he got a job at a law firm writing Patent applications - but he failed to quit his job at the Patent Office!  His logic was, well, if he didn't like the law firm life, he could quit and keep his Patent Office job.  But of course this presented two problems.  First, he would clock-in at the USPTO and then leave to go to work at the law firm.  How can you be in two places at once, when you're not anywhere at all?

Second, there is the prospect of his writing a Patent application and then at the same time, being the Examiner who examines it (and no doubt, not rejecting it).  He was fired from both employers, losing two jobs and a career in one day.

But beyond that, companies want a solid 8 or more hours a day of work out of a person, and if they are working a night job, they will likely show up for work tired - and as a result not get much work done.   When I was at Carrier, there were a few technicians who did HVAC installs and repairs on the side.  One even had a van with "Moonlight HVAC" written on the side.  The fact he was stealing spare parts from the factory didn't help matters much.

But that was then.  Today, many companies, particularly in retail and service industries, only hire people part-time, as they are not required to provide benefits to part-time workers.  So a low-wage employee has to line up two and sometimes three jobs, in order to make ends meet.  And it gets sticky when a manager schedules an employee for a shift at the last minute, when that employee has commitments to other employer for the same time period.

Back in the day, a company provided you with a livable salary and benefits.  You could support a family on a single salary.  Maybe not lavishly, but comfortably.  So you pledged your loyalty to the company and they, in turn, pledged loyalty to you.

All that changed in the late 1970's.  Suddenly, employees were no longer seen as an asset, but a liability - an expensive liability that they hoped to get off the books as quickly as possible.  Outsourcing overseas (more on that in another posting) started to become the norm, and a new generation of "businessmen" such as Mitt Romney, made money by stripping the carcasses of old companies to the bone, and then tossing the remnants on the trash heap - leaving former employees with shattered remains of pension plans and little or no options.  Of course, you could argue that if Mitt didn't do it, someone else would - and they did.  The environment was created that allowed this to happen - an environment created by a number of changes to laws and rules and social mores over time.

Some have tried to glamorize this new reality, giving it names like "hustle culture" or "side-gigs" or "the gig economy."   We will all make coin by driving for Uber or delivering food - in addition to our day jobs working in retail.  Of course, it is hard to get ahead in such a scenario - moonlighting your moonlighting.  But then again, many young people have no other choice.

Or did, until the "labor shortage" (which will soon become a labor surplus before long).  Funny how many corporations claim free-market privilege when price-gouging consumers or paying starvation wages to employees.  But when the shoe is on the other foot and employees have the upper hand for once (for what will be a brief period of time!) they cry foul and call it "quiet quitting" and "job hopping."

Funny how that works!

There is a post-script to all of this.  I mentioned to one of my fellow employees that I was delivering pizzas at night to make some extra dough.  He went off and tattle-taled to my boss, who confronted me about the matter.  I explained that I wasn't making ends meet with my salary from the company and had to take on the second job - I wasn't aware that the voluminous employee handbook prohibited moonlighting!  So he came back the next day and offered me a small raise - enough to offset my pizza dough (if you'll pardon the pun).  He could have fired me.  But he didn't because even with that raise, I was still the lowest-paid employee in the lab, and the only one who could program any of the computers.  They got off cheap.