Could You Live Without A Smart Phone? Yes, Actually, You Could, Quite Well, Maybe Better Than With! 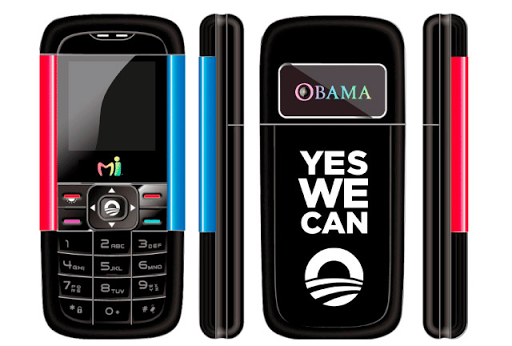 Could you live without a smart phone?  Or at least without smart phone data service?  I suspect many do.

Back from my walk... and some work in the garden.  It's a beautiful day and I'm waiting for Mr. See to make lunch.

My phone died.  First the camera stopped working, then Chrome would "stop" and reboot, and it got slower and did weird things.  Then other "apps" would crash.  I tried all the things they mentioned on the internet - clearing data, booting the system and resetting the cache, but finally the damn thing just bricked. (I ordered a used one for a few bucks, but I think we will eventually have to look into a 5G phone next year).

Funny thing, here I am typing in the Internet.  I just asked Mark to turn on his WiFi hotspot and I am online again - on a pad device or on my laptop.  The only thing I am missing is text messages (which I hate anyway) and phone calls from India offering to extend my car warranty or lower the interest rate on my non-existent Discover card.

It got me to thinking that if I was poor (or poorer than I am) I could just own a pad device or an older smart phone, and then use free WiFi at work (Walmart) or the local cafe or whatever, to access e-mails and the Internet and whatnot.  As for phone calls, well, a free Obamaphone would serve that purpose.  Other than the cost of a pad device or older cell phone (pretty cheap) the net cost would be... free.  No monthly fees or other costs.

Of course, this means you are not available 24/7 to answer texts and e-mails.  Sounds like heaven to me!

I notice that outside the Walmart "Ghetto Gourmet" (Neighborhood Market) there is a Redbox vending machine.  I have never used Redbox, but apparently someone is (there is another one next to every drugs store as well).  And this also makes some sense - why pay for internet and streaming services or for cable TV when you can just rent a video now and again - or buy last year's "hot new releases!" in the bargain bit at Wally-World for a few dollars.

If you think about it, you can live quite well, on not a lot of money.  Of course, to qualify for an "Obamaphone" (which now comes with over 4GB of data, free) your income has to be 135% of the poverty line or about $17K for a family of two.  We are over that number - but not by much!

Again, people like to paint life in America as some sort of Dickensian workhouse, where people toil like galley slaves on a slave ship.  But even if you don't make a lot of money in the USA, we offer a lot of lifelines to make life a little easier.  As I noted before, even if you make a "minimum wage" job, with all the government swag that qualifies you for, you can live a pretty middle-class lifestyle.

No, I don't anticipate giving up my smart phone entirely and searching out internet cafes or parking in the parking lot of McDonald's to read e-mails.   BTDT - back in the day before smart phones.   But I did notice that GoPhone - now called AT&T prepaid, has a 15GB plan for about $40 a month, which is cheaper than the 20GB plan I have right now, by $15.  So I may switch to that plan, as we aren't even using the 20GB we have right now.

You have to keep shopping these things.

I was approached by a nice young man at the wholesale club who wanted to sell me an AT&T "Plan" for 30 months.  He kept harping the "free phone!" I would get, or a fancier phone for a few dollar a month.  "Unlimited Data!" he said, and only $56 a month!  "Is that the whole charge, including federal, state and local taxes and the universal access fee?" I asked and he gave me a blank stare.  What was the universal access fee?  (it pays for Obamaphones).   I also asked at what level they started throttling the "unlimted" data and he hemmed and hawed and said, "Oh, never, or like 100GB or something!"

Something.   Yes, technically my current month-to-month plan has "unlimited data" but after 22 GB they throttle it down to dial-up modem speeds.   There is no such thing as unlimited, and the prices they quote are always - always - about $10 to $20 less than the actual bill you will get.  You can bank on it.

He said he would call me with more information.  I never heard from him - and that was two weeks ago.  But then again, my phone is broken - maybe he is trying to call me right now!