SLACK-ing off at work 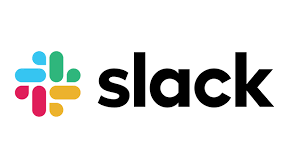 The Internet was supposed to improve productivity - what the hell happened?

I heard an interview on NPR the other day from a guy hawking a book.  He said that a lot of companies are finding productivity going into the toilet, with each new piece of technology that comes along.  Back in the day, when Windows came out, everyone would while away the time playing computer solitaire.  Then the Internet became an office fixture, and people spent time online shopping, or manicuring their Facebook page.

Then the smart phone.  We were all instantly accessible all the time, and everyone was looking at their smart phones 24/7, as if doing things on a phone was "work."  I recounted before about an incident at a defense contractor I was working for.  I was there to talk about Patents and wore a nice suit - big mistake, in this modern era of office-casual.  Anyway, it was funny, almost, all these tech geeks sitting around the conference table, with their hands in their laps, furiously texting while I talked.  They were texting each other, no doubt, saying, "Check out the doofus in the suit! Ha-ha!" - it was like being in High School again.

What was really odd, these guys (and in tech, it is usually guys) all had their hands in their laps furiously moving them as they texted.  It looked like a circle-jerk, which in a way it was.

Today, we have specific "apps" just for such office gossip, such as the aptly-named SLACK.   People can be instantly accessible all the time, to all their fellow employees.  Where's the spare key to the men's room?  Instant message Phil or send out a broadcast message - why bother actually looking for it?  Oh, wait, here it is, on the hook, on the wall, in front of your face.

The guy on NPR was pushing the radical idea that all this technology isn't making us more productive, but less.  People who are trying to work on a project, and who need to concentrate, are being buzzed and beeped every minute or two with trivial, inconsequential things that could wait.  His suggestion?  Get rid of Slack, get rid of Instant Messaging, and revert to old-school communications.  Have short meetings once a day, and if someone has a question, they can bring it up at the next meeting, tomorrow!

Need more info?  Send an e-mail, and then wait for the recipient to respond in their own time.  This way, people can actually get work done without having to put out fires constantly. In a business like mine - Patents - you have to sit down and concentrate for hours, sometimes, without interruption. Working solo made this easier to do.   When I worked at a firm, someone was always poking their head in the door of my office or calling on the phone or just gossiping or whatever.   I can only imagine with smart phones and instant messages, it has only gotten worse.

I think this guy is onto something.  There is such a thing as too much communication.  It is so handy to just ask someone for answers that we don't bother learning anything, like where the spare key to the men's room is. And by searching out and finding our own answers, we tend to learn more and remember the answers more.  It is like when Mark asks me how to do something with the computer or the phone or the sound bar on the television.  If I just grab the remote, he doesn't learn a damn thing - other than to use me as his slave to program the remote.  If I show him how to do it, he likely won't remember half of what I said.  If I am not around and he figures it out on his own, he remembers it for life.

Sometimes, it is best to let people struggle and then learn to swim on their own.  It may look like they are going to drown, but chances are, their own survival mechanisms will kick-in and they will figure out a way to make it happen.   On the other hand, if you have to throw them a life-ring every time they get in the water, well, they will never learn how to swim.

It is like with training wheels - we see kids far too old to have them on their bikes, and often a younger sibling has already figured out the two-wheeler gig.  But they rely on the training wheels because learning to ride a bicycle is scary - so they don't want to do it.   Sometimes learning has to involve tears - and angst.   In fact, most of the time, it does.

I never learned anything about finances until I made some whopper mistakes.   That is one reason why I think my blog is sort of pointless.  No one will learn from what I write here - until they experience their own credit card crises (which I think everyone does, at least once in their lives) they won't understand what real pain is.  You can tell people the answers, but chances are, it won't stick.  You can lead a horse to water...

And that is the genius of this guy's idea.  If the "answer man" isn't available 24/7 then people will seek out answers of their own - and not have to bother him.  Nine times out of ten, chances are, they can find what they are looking for on their own.  It is just that instant messaging has spoiled us all for a "I want answers right now" mentality.

I mentioned before than when you have a customer service problem, it can sometimes be better to sit down and write a letter stating what the problem is and what reasonable remedy you want, and then mail this off to the customer service department, along with all your documentation.  It may take a while, but you will get results.

The 1-800 number, which became popular in the 1980's, programmed us all to want instant gratification.  Companies realized these phone banks were expensive, and they outsourced them all overseas, to a guy in India who can tell you the balance on your account, but can't help you reset your password or help you with any technical issues, other than to ask you if your computer is plugged in, or to try turning it off and rebooting it.   So people call these numbers looking for instant gratification and only get upset.  The long answer is the better one - the short answer is worthless.

In many cases, people get upset, and I think this is by design.  So they scream at customer service and get nothing done, other than to feel like a fool, or like a friend of mine, get banned from the AT&T store.

Worse yet are these online "chat boxes" that many companies have.  Many are just bots that give you canned responses.  Some go to Indian call centers, where canned answers are thrown at you.  They promise immediate response and great customer service, but the real result is just frustration and a waste of time.

But I digress - but not by much.

I think we are too connected today, which is one reason I am not on Facebook and dislike instant messaging.   People send me a text message and get bent out of shape when I do not respond in a matter of seconds.   Well, they did, anyway, before they realized that Mark and I turn the "ringer" off on our phones, so when a message comes, we are often blissfully unaware of it.

The problem with text messages is that people send you one and then you send one back, and it becomes one of those awkward conversations which no one ones to end, for fear of being impolite.  I suspect a lot of what passed for "work" today is people texting on their cell phones.

I suppose it beats computer solitaire!