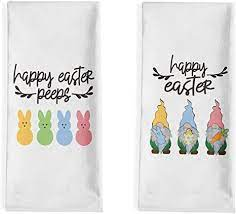 The poor spend more on holiday decorations than the rich.

A friend of mine like to go to garage sales and then give away what they bought.  So I get all these tea towels, which we use in the kitchen in place of paper towels (for many uses - we still have paper towels around for certain things).  It is nice she gives us these, but it is funny how many of them are seasonal - Christmas, Easter, Halloween, even Valentine's Day.

If you shop in the poorer quarters where the ragged people go - like Walmart and the Dollar Tree - you will see a lot of these seasonal items.  I am not talking about decorations - although the poor go nuts over those as well - but things like a soap dispenser shaped like a snowman, or a complete set of bath towels with a Christmas theme.  Do people really live like that?  Changing out their linens depending on the holiday?  Apparently so, and it seems to me to be an enormous squandering of money and energy.

But then again, I guess that is all they have.  You may live in a hovel or a bad neighborhood, but if your bathroom is decorated to the nines with holiday gear - even a Santa toilet seat cover! - you have something that is nice in your life.   In fact, I guess the poorer you are, the greater the desire for such things.  The rich man can look out his window overlooking his pool and view of the ocean, and see his yacht tied up at the dock.  He doesn't need seasonal tea towels.

You could say I'm "no fun" and a Grinch about Holidays.  Go ahead.  But I fail to see the value in owning something, other than a decoration, that is useful for only a few weeks of the year.  I mean, my sheets and towels should be for year-round use (well, the flannel are better for winter, I'll give you that).  But limiting the usefulness of an ordinary object to just a holiday?  It would be like owning a car that you just keep for Halloween.  Oh wait.  It's a thing, apparently.

Of course, being stingy, I use the seasonal tea towels all year long, although they turn a few heads from some houseguests.  "Does that say, 'Happy Halloween' on it?" they ask, and I have to explain our friend's compulsion about tea towels.   I suspect these end up in garage sales as they are given as gifts, and most people don't see tea towels as a seasonal decoration - so off to the tag sale they go.

I'm not saying seasonal tea towels are a one-way ticket to the poorhouse, only that these sort of seasonal items seem to be popular with the poor - the people who can least afford them.   Every week, it seems Dollar Tree has a "seasonal" accessory collection including a plethora of stuff you can buy for a buck to decorate your house for Ramadan or whatever.  Walmart has even more stuff - at even higher prices.  And the poor buys this stuff, because they see it on the shelves and assume that's what you're supposed to do.   It is like how the poorest kids in school had the most wicked Halloween costumes.  Mom would be up for hours, sewing, after dropping serious bucks at Jo-Anne fabrics.

Maybe there is a connection, maybe not.  Like I said, perhaps the poor do this sort of stuff to enliven their drab lives.  They give up on the idea of wealth in the future, in exchange for the appearance of it, today.  That's why things like rent-to-own furniture and buy-here-pay-here used cars and the rent-to-own bling-rim store fester in poor neighborhoods.   People settle for the appearance of wealth, often paying two to three times as much for these gaudy things as a wealthier person would (if they even bought such things).

You can't unpoor the poor, I'm afraid.  But increasingly, I see the middle-class doing this nonsense - leasing cars so they can pretend they can afford a Mercedes, when they probably should be driving a Toyota.  We all want to act wealthy and appear wealthy - it is an urge as old as the hills.  It only is a problem when we forgo real wealth for this ersatz substitute.