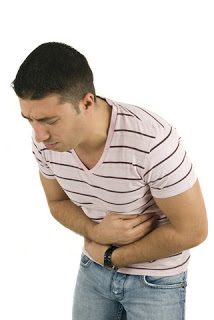 It is worthwhile to take a short-term gain if it causes you pain down the road?

We have been walking 2-4 miles every day during the last few months, and also eating better - and eating less - and not surprisingly, have lost weight and feel better.  Funny how that works.  It got me thinking as to how I got to where I was in December - feeling like crap and sitting around a lot.  I was finding it more and more painful to move about, which in turn lead to less mobility, which lead to less exercise, which lead to more weight gain, which lead to more pain.  Some folks might call that Fibromyalgia.

There reaches a point - a "Coffin Corner" if you will - where it becomes too late to make changes.  You see people 300 lbs and up, and you realize they likely will never get better.  At that weight, it is very, very hard to start exercising (and potentially dangerous) so the weight keeps piling on, until you are dead from some obesity-related illness such as heart disease or type-II diabetes. And these illnesses can take years - decades - to kill you.  In the meantime, you are in a world of pain and discomfort.

Why the hell would anyone do that to themselves?  Why do we do this to ourselves?  Because when you get down to it, this form of behavior is present in all of us to one extent or another.  We trade-off the long-term comfort of good health for the transitory pleasure of a snack food or a television program.  As our health deteriorates and our bodies bloat more and more, we indulge in more snacks to stimulate the brain with more dopamine or whatever it is that tickles our pleasure center.

And you start to feel shitty, so you eat more to try to get back that pleasure - and like any good addiction, the "reward" gets smaller and smaller the more you consume.   Just as a junkie has to up his dose of heroin, or the compulsive gambler has to gamble more and more, or the drunkard has to drink staggering amounts of booze, the compulsive eater has to eat constantly to achieve the level of pleasure that he used to get from one bite.

The problem is, these short-term pleasures cause long-term pain.   The gambler goes broke and loses his job, his career, and his family.  The drunkard does likewise, as does the junkie.  And like the compulsive eater, many lose their life as well.  But long before that happens, is a never-ending world of pain and discomfort.

I thought about this on our walk this morning and it seems to be applicable to all aspects of our lives - including financial.   We "treat ourselves" by shopping or buying things - triggering that dopamine rush we get from a fancy shopping bag filled with new trendy clothes wrapped in colored tissue.  Or the new-car smell and the pleasure of having a fancy, shiny new ride.  We spend for today and screw Uncle Tomorrow.

I see this all the time on financial sites.  People pleasure themselves for today by spending their future income.  The future arrives, and boy is he pissed that Mr. Yesterday spent all his money.  Surely there is some way out of this mess, right?   There has to be an easy way out - debt forgiveness or something!

I digress, but I get a lot of junk calls for everything from "Marriott Vacations!" I have supposedly won, to extended warranties on my 1909 Hupmobile.  Yesterday I got one - a "punch board"* call from the "Official Debt Consolidation Department" that promised me "debt forgiveness" due to CoVid as part of the "Fair Credit Reporting Act."  I almost had to laugh, it was so stupid - but I am sure a lot of people bite on this nonsense.

As I noted time and time again in this blog, a personal credit card crises happens to almost everyone in the United States at one time or another.   We get that first credit card and run it up to the max, and spend a decade paying it off - it happens a lot.  70% of Americans carry a balance on their card, I am told.   That's a lot of high-interest revolving debt.   And much of it was for stuff people really didn't need in life, like restaurant meals, designer coffees, and tchotchke that merely clutters up their lives.

Again, it is the same pattern - trading long-term health and well-being for instant pleasure today.  It must be part and parcel of our brain programming, and if you think about it, this makes sense.  Our cave-man ancestors struggled to get enough calories to survive the day, so when they came upon a feast of food, they ate it - no one was too concerned about being "overweight" back then.  And since you had to walk everywhere and work hard to survive, there was little chance of turning into a couch potato.

And back then, gathering nuts and berries, or a shiny rock, or a mastodon hide, didn't require you have a Mastercard or VISA.  Debt did not exist, so you were not mortgaging your future for today.  And speaking of mortgages, you didn't have one on you cave - although maybe you had to fight a rival clan to occupy it.

Debt is a modern invention, and perhaps not un-coincidentally, some major religions decry debt as an evil thing.  Our ancestors could live for today and plan for tomorrow, without one detracting from the other - too much.  This is not to say that our ancestors didn't strip their environment of every available resource until the land was desolate.   But even then, you could pick up and move on, as the Indians often did, to find fertile new hunting (and planting) grounds.

We live in a land of plenty in America.  We are awash in a sea of cheap food, cheap gas, and cheap booze (and cheap drugs).   You can indulge yourself in America for not a lot of money, and if you don't have a lot of money, banks are willing to loan you enough to destroy yourself.  You may not recall this, but when I was a kid, you couldn't buy liquor with a credit card, in some jurisdictions.  The idea was, if alcoholics could buy booze on credit, they'd ruin themselves twice as fast.  Today, you are given all the rope you need to hang yourself.

That is why I say I am lucky to experience pain in my life.   For many people, over-consumption has no immediate or even long-term consequences, until it is too late.  They can wolf down food with abandon, drink staggering amounts of booze, consume copious quantities of drugs - all without immediate consequence.  By the time the consequences are felt, it may be too late to change anything, or at least damn difficult to do.

Myself, I feel like crap when I indulge myself, and maybe this has allowed me to "pull back" before it is too late (or at least I hope so!).   Since January, I have lost over 20 pounds and feel great.  And while I am not enjoying the short-term pleasure of munching on snack foods or indulging in another drink, the long-term pleasure makes it all worthwhile.

I got a lot of flack early on in this blog, from a reader who commented that "it wasn't worth it to eat raman noodles and stay home" in order to save money, when he could be out at a fast-casual restaurant, eating a mound of french fries and swilling down lite beer with his buddies.  I mean, that's what life is all about, right?   You can't have fun unless you are consuming!  It is like how rednecks believe that you can't have fun unless an internal combustion engine is running.  You don't need to eat, burn gas, drink booze, do drugs, or waste money to have fun.  Obviously, the people selling these things to you, would prefer you do otherwise.

* A "punch board" call is a call from an Indian call center, where the caller does not have a good command of English or has a heavy accent that gives away the game.  Rather than talk to you directly, the caller presses buttons (or keys) that plays pre-recorded snippets that are designed to sound like a real conversation.  Usually the voice is some booming American male or a chirpy-sounding Karen.