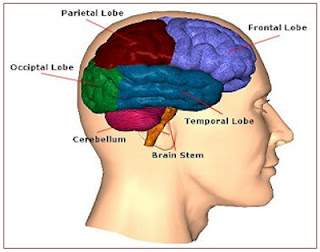 The human brain is incredibly complex.  Yet few of us think about how our own minds work - and often work against us.
I did not start this blog to ridicule or run down others.  Maybe that is the impression I convey, but that was not the intention.  Rather, I am trying to do what I call "Spelunking the brain" - my own brain, in this instance.

Spelunking, if you do not already know, is a term that is used by cave explorers and refers to the process of investigating a cave by rappelling down to its depths to investigate its most dark recesses and crevices.

And that, in some respects, is what I am trying to do with this blog - spelunking my own brain, so to speak, to understand my own economic decisions - or lack thereof - in my own life.

Nearly every economic practice that I have criticized here, is some practice I have committed myself, to my own detriment.

The point is - and there is a point - is that repeating the same poor economic choices over and over again does not validate poor choices as good ones, but rather only anesthetizes us to the fact we have made poor choices.

The serial new-car buyer or leaser never stops to think about overall costs, but rather bootstraps each decision as validating the next.

And in the same way we all tend to re-validate poor financial planning as being actually smart thinking.  "Hey, I'm getting frequent flyer miles!" we think, not "Gee, I'm getting ass-fucked by a 25% interest rate on a balance than never seems to disappear!"

It is comforting to think the former, rather than the latter.

Perhaps it was the recent recession, or that combined with hitting age 50 and realizing that life is finite and in fact, winding down (and was, in fact, always winding down, from the get-go) that made me think about these things more and more.

Today, my personal freedom means more to me than monthly payments or the latest electronic subscription services, so many Gigabytes per month for so much of my money, like blood dripping from a broken vein.

No, I would rather own myself, than sell myself, piece by piece, to media companies and finance agencies.

And that is what I have discovered, after exploring these more deep and dark recesses of the brain.