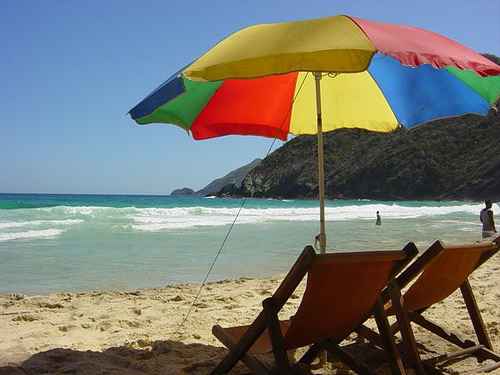 When you retire, you may end up paying no taxes.

I recently helped a senior with their taxes, and it was illuminating.   They collect about $19,000 in Social Security and take out another $25,000 from their IRA, giving a total of $44,000 in retirement income.

So, $44,000 in retirement income, tax-free, is worth about $55,000 in taxable earned income.  Ouch.   You can see what Mitt Romney was talking about when he mentioned the 42% "takers" in our economy.   And as more and more of us retire and pay no taxes at all, the burden will shift to a younger and smaller group of people.

This explains why retirement planners say you need far less in retirement than you need during your working life.  Once you are retired, you stop funding Social Security, and you may stop paying income taxes, as well!

What is even weirder about this tax situation is how it affects your behavior.  For example, one year, they had to take out $10,000 from their IRA to re-roof the house.   Not only did they have to pay taxes on this amount (as it put them into a higher bracket, showing real taxable income) it resulted in their Social Security being taxed as well.

And this explains why people in this situation will borrow money to buy a car, rather than pay cash.  If they paid cash, they would have to take more money out of their 401(k) or IRA, and then pay taxes on this - and get kicked into a higher bracket and get their Social Security taxes as well.

Again, unintended consequences of a tax system and tax incentives.

Now throw Obamacare into the mix.  As I noted in an earlier posting, for early retirees not eligible for medicare, collecting social security "early" may knock you into a higher bracket, making you ineligible for a subsidy.

But something to think about around tax time.  If you are retired and paying no income tax, think about how much you can take out of your IRA this year, without incurring a tax liability.  If you can take out more, without paying taxes, then do it, and put it into a safe, rainy-day fund.   Otherwise, taking out a lump sum, in retirement, would sock you with a hefty tax bill.

The IRA is a great vehicle for retirement.   But sadly, you can't take out lump sums, without creating tax burdens.   You can't pay off your mortgage, for example, without creating a huge tax bill.
Newer Post Older Post Home