Cars made in "Gina" now imported to the USA? 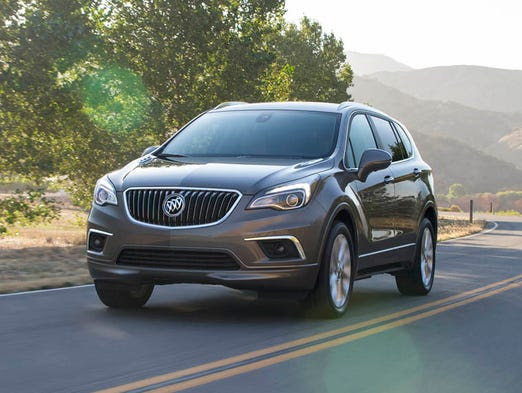 The US Auto industry so far has been insulated from Chinese and Indian imports.  That may be about to change.

Back in the 1980's, Malcolm Bricklin, who once designed a fiberglass Deloran-like sports car in New Brunswick Canada (of all places) and who was the man responsible for Subaru coming to the States, imported a cheap Yugoslavian-made Fiat called the "Yugo" into the US.  The Yugo sold for the astonishingly low price of $3995.   Due to favorable currency exchange rates and the low cost of labor in a Communist county, the car could be sold for cheap.  Bear in mind this was about $2000 less than a Chevette, which at the time was the cheapest American car you could buy.

Of course, the gig did not last long.   While the Yugo was not particularly reliable or well-built, the fact that it was a "cheap car" meant that few people even bothered to wash and wax them.   Most went to the junkyard fairly quickly, as they were not worth fixing, or indeed, even buying new tires for.

Also, I think, Bricklin knew that more stringent emissions and safety standards would eventually kill the Yugo.   Once air bags and tighter emissions standards were mandatory, the decades-old Fiat design would have to go away, as it could not be upgraded.   So they sold them for cheap, made money, and moved on.

By that time, too, the threat of "cheap foreign imports" had largely faded.   While Japanese and German cars were inexpensive in the 1960's and 1970's, by the 1980's they were starting to cost more than American cars.   As I noted in my previous article on Free Trade, once you have free trade between countries, labor rates in the exporting countries will rise as employees have more job options.   And that is exactly what happened to Japan and Germany, which could no longer bank on "low wages" and low prices to sell cars.

And I discussed this in an earlier posting.   In the 1950's and 1960's a lot of "foreign car" companies exported to America.  But most of them faded from the scene fairly quickly.   French cars were the first to go, followed by the Italians - Fiat and Alfa.   Even British cars found it harder and harder to find a market, and MG and Triumph finally threw in the towel.

Since costs were going higher and higher, the only solution was to move upmarket.   Simple four-cylinder BMWs were replaced with six-cylinder and even eight-cylinder luxury barges.   Mercedes, of course was already selling to the carriage trade, so they had less far to travel.   Land Rover concentrated less on bare-bones "Defender" models and sold more upscale Range Rovers instead - along with slinky Jaguars (And the Defender went from four cylinders to eight, and got upgraded leather interiors and a $90,000 price tag).   Go upscale, or go home - if you were a European maker.  Most went home - even after trying the upscale move, as Fiat did in its last years here.

Japanese makers sold their cars at premium prices based on reputation and reliability.  People would pay extra for a car that didn't constantly break down, as many American cars of the time did.  And jumping on the "upscale" bandwagon, the major Japanese makers all launched "luxury" marques to cash-in on the upscale sales.

By the late 1980's and 1990's, if you wanted a cheap bare-bones car, you were likely looking at an American car, not some "cheap foreign import".

The emergence of China and India (and 3rd world countries) as low-cost producers has lead to speculation that cars from these countries may someday be a threat to American car makers.   Already, the "big three" all have factories in Mexico - which is the only place they can make smaller cars in a cost-effective manner.   Cars from China have seemed like a far-off threat - until today.

General Motors quietly announced they are importing a Buick (one of the largest brands in China) SUV to America.  Is this the beginning of the end for the US car industry?

Perhaps.  Perhaps not.   Tellingly, GM is not importing some cheap subcompact with the Chevy nameplate, but rather a midsized SUV.   GM has already been importing small SUVs from Korea, so importing a car from China doesn't seem like such a stretch.

One reason why China has not exporting cars to the US is that their market is growing rapidly and they are consuming almost all of their existing production as it is.   Moreover, cars built for the domestic Chinese market likely won't meet US emissions and safety standards.  So the idea that a Chinese "Chery" (not to be confused with "Chevy") will be coming to a showroom near you may be overstated.

And as with the Japanese and Europeans, wages and costs are rising rapidly in China.   Any automaker who plans long-term imports from that country may be rudely awakened when they find out the cost of the import exceeds their US (or at least Mexican) assembly costs.

So I think for the near-term, you may see automakers importing individual models to fill gaps in their product lineups, but not resorting to large-scale importation from China.

And I am not sure that we will see a Malcolm Bricklin-like import of super-cheap (sub $10,000) cars in the near future, as even with the low cost of production in "Gina", it would be hard to make a product at such a price point and still hit the emissions, safety, and fuel-efficiency targets needed to sell in the US market.