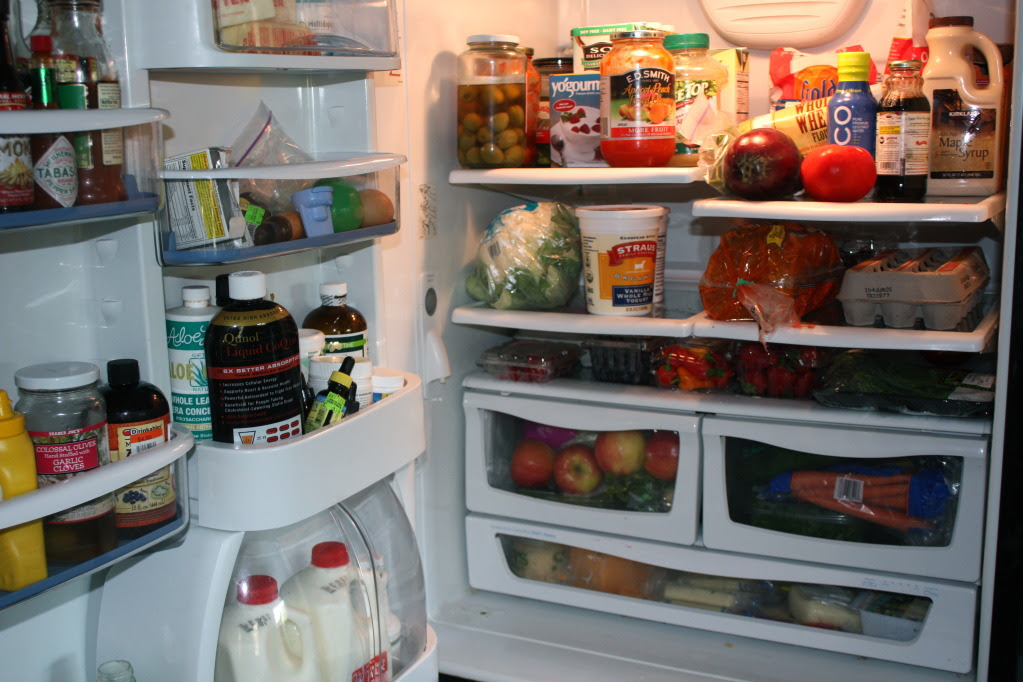 Americans store too much food in their refrigerators.


We had just returned home when the hurricane struck.  So we had little food in the refrigerator to worry about.  We put that in the camper and left town.  No problems.

Going away for a couple of months every year, we empty the refrigerator and turn it off while we are gone.  Not only does this save electricity, it is probably better for the refrigerator.  Even "frost-free" models can accumulate ice after a while.  And it is always a good idea to clean and sanitize your refrigerator at least annually (if not twice a year) with a Chlorox wipe or a bleach/soap solution and paper towels.

Our European friends think we are quite insane about storing food.  American refrigerators are huge compared to those overseas, or even in adjacent countries.   A friend of ours who moved overseas actually had an American refrigerator shipped over at great expense.  "Their refrigerators are so small!" she complained.  I suggested that maybe they should live there a while and understand why they use smaller appliances.   The country has a sketchy electrical system, and most house wiring is pretty lame.   Electrical rates are also very high.   They also have a lot of good local fresh food at the local market every day, and local restaurants are so cheap as to be competitive with home-cooking.  There are reasons they have smaller refrigerators.   And they are pretty good reasons.

In America, we buy food in bulk and load up our refrigerators with it.  In other countries, shopping is done more often (sometimes daily) and very little food is kept in cold storage for any period of time.  As a result, we tend to be food-hoarders in this country, and it is somewhat disturbing and perhaps unhealthy.   At the very least, unappetizing.

Some folks are aware of what they are doing.  Others, less so.  One friend of ours admits she tends to store "fiddly bits" of food in the refrigerator - bits of cheese or vegetables that are little more than a bite or two.   These she wraps in cling-film and puts in the refrigerator until they turn into science projects.

Others are less self-aware.   We cleaned out a deceased relative's refrigerator recently and it was a mess.  She kept buying food and just shoving it in, pushing older food into the back where it was crushed.  It was like an archeological dig - layers of food from different eras.  In the back, eggs had been crushed against the wall and had dripped down and fossilized.   Pretty gross.

Still others just keep food around for months and even years.   When we go away, we unplug our refrigerator(s) and empty out all the contents and sanitize the cabinet.   We know others who leave for months and leave opened bottles of ketchup in the fridge for when they return.   The problem with this model is not only is the food stale, but a prolonged power outage could spoil food and make it dangerous to eat - and you may not be aware that such an outage has occurred.

Some modern fridges will post messages like "high temperature event, 36 hours" or have a power outage light.   But even if the the power doesn't go out, refrigeration is not some panacea that prevents food spoilage indefinitely.    And it seems to be an American thing to want to keep food for weeks or even months in the refrigerator.

Compounding this problem is supplemental refrigerators and/or freezers.   Many Americans have an old fridge in the garage for "beverages" with perhaps the freezer used to hold long-term storage of frozen meats or foods.   Others have larger freezers and buy food in bulk for storage.   We seem to be averse to the idea of shopping regularly or perhaps we just have food shortage anxieties.

The problem is, of course, that the only real emergencies that would require large quantities of stored food are the same emergencies where the power goes out.   So all that hoarded food goes bad when a natural disaster occurs.   You'd be better off with a small supply of canned goods, or just leaving the area.

Still others try to solve this problem by installing whole-house generators so their precious hoarded food stays frozen when the power goes out.  This raises costs by a factor of ten, of course.

During the recent hurricane, we lost power for several days.   Many here on our island tried to "save" food that had come to room temperature.   No doubt there will be many visits to the doctor as a result of this.   It just isn't worth saving old food if the end result is you get sick or die.

Yes, it seems "a shame" to throw away "good food" but it isn't good and really isn't food once it is contaminated with listeria or salmonella.   But it begs the question, why do you have so much food in your refrigerator in the first place?   Maybe buying smaller quantities of food and hoarding less is a better idea than stuffing a refrigerator and freezer with a month's worth of meals.

And one way to avoid this trap is to simply plan, at least once or twice a year, a time when you empty out the refrigerator of everything and either consume the food or throw it away, and then unplug the refrigerator and clean it and let it sit empty for a while.   A vacation trip or other absence can be a good opportunity to do this - work through your food inventory in the weeks leading up to the trip and then clean out the fridge and unplug it while you are gone.   When you get back, you come back to a shiny clean and sanitized refrigerator, with no science experiments inside.

UPDATE:   If your refrigerator doesn't have a "high temp" alarm, you can try this simple trick to see whether the power has gone out.   However, it is a lot simpler just not to have so much fucking food in the refrigerator and to empty it out when you leave for vacation or a storm.