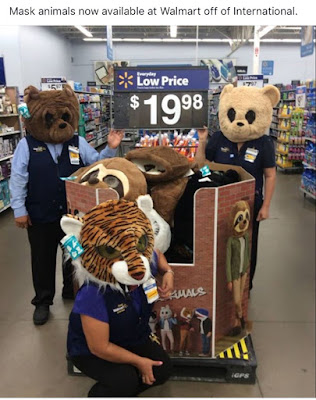 Walmart is more adept at trend-spotting than Target these days...


I wrote before about Walmart fixies.  These are trendy bicycles that people in Portland and San Francisco ride, with no gears, no freewheel, and no brakes.   They are usually painted in garish colors with chopped handlebars and little-girl bike hand grips in pink.   Walmart jumped on this trend, offering a "fixie" with a brake, of course, and a "reversible" hub so it could be in fixed-gear mode or with a freewheel.  For $99 they sold well, although the fixie community felt betrayed.

Fursuits are another trend, albeit one that is a little naughty.  People like to dress up in fur suits, which look like those character suits at amusement parks or the team mascot suits at the football game.   They go to conventions and give each other back rubs (skritching or something) and even have sex while dressed in their fur suit.   They spend thousands on their suits, which are mostly hand-made.

Well, leave it to Walmart to take some obscure trendy thing and bring it to the trailer park.   You can now buy fur suit heads and even fur suits at Walmart and join this weird new trend.

Mark noticed it first - at a Walmart in rural Pennsylvania they had "union suits" for adult men that were basically bear costumes, complete with a head piece.  I am not sure if these were intended to be Halloween costumes or sleepwear or what.  They also had them in batman, tiger, polar bear, and other forms.   Take the "union suit" and combine it with a "maskanimal" fur suit head, and you've got yourself a Walmart fur suit!  You're now ready to crash the next "furry" convention! 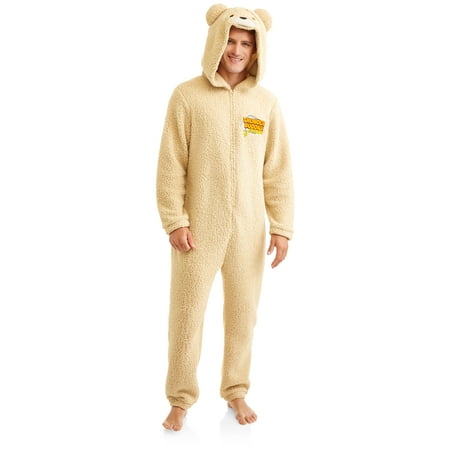 Take the bear suit, add the bear "maskanimal" head, and you've made a Walmart fursuit!  Or go tiger if you want to...  No word as to whether they have SPH.

Of course, just as the fixie people were incensed that Walmart had usurped what was a small cultural trend, based on hand-crafting using found objects, the furries are in a similar fury.  The fur will fly, as they say.  Once again, Walmart has targeted a niche audience and taken their trend to the masses.   Now Lurleen and Bubba can dress up as tigers and bears and start skritching and yiffing in the trailer on Saturday night.