Psychics? Fools and Their Money! 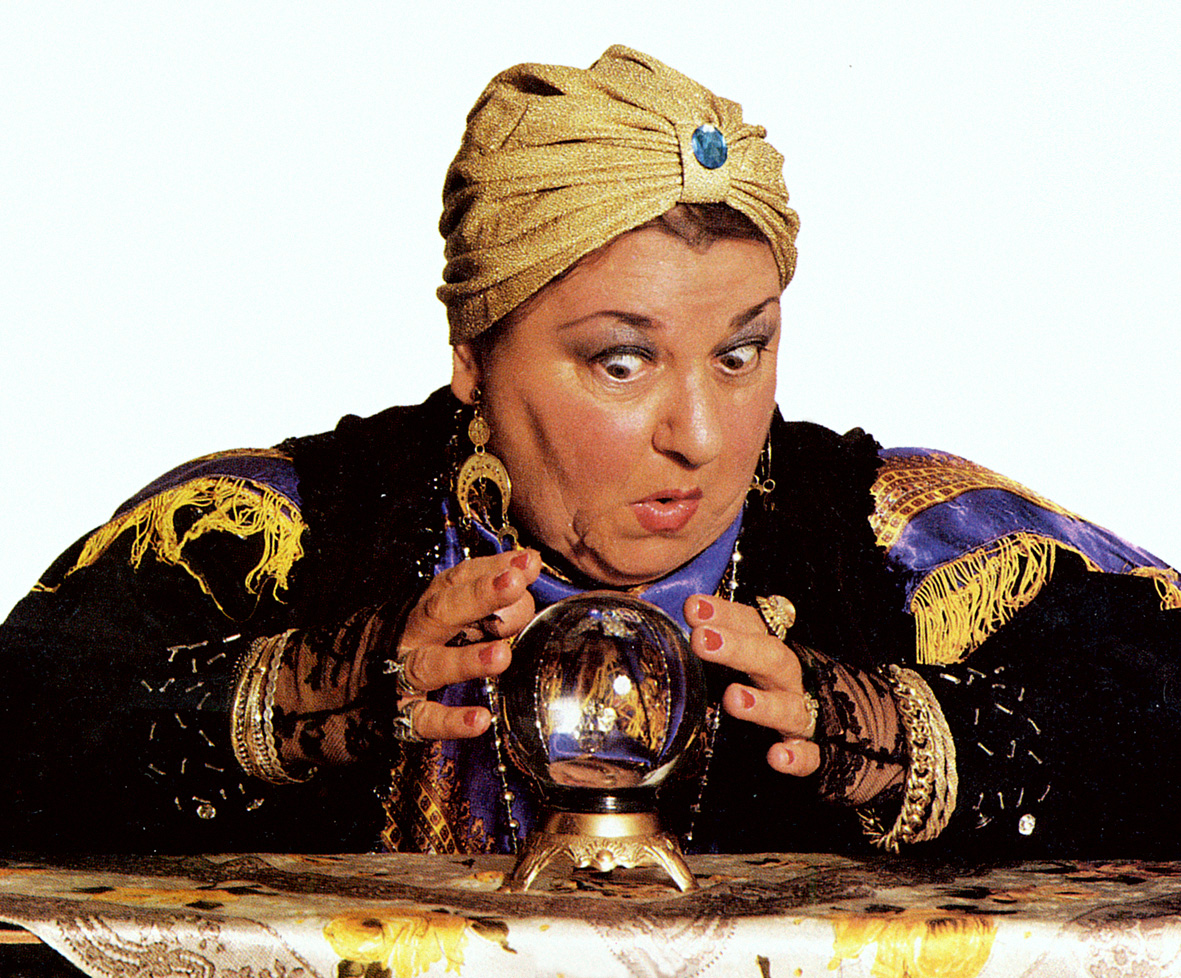 Going to a psychic for fiscal advice is like listening to Jim Cramer.   You can lose money following the advice of either!  But at least Cramer isn't stealing from you - directly.


In a recent news article, a psychic was arrested for stealing $800,000 from various "clients."   It is not a new scam, but a rather old one.  But like so many things that are legal today (lotteries, gambling, payday loans), the Psychic business was largely illegal or at least tamped-down in years past.

When I was a kid, they busted Psychics all the time.   You never saw them advertise or have offices with neon signs.   That sort of shit was just illegal.   I was surprised when I moved to Virginia and saw a dilapidated house with a neon sign in the window that said, "Madam X, Psychic Readings."  Wasn't that against the law?  The South was surely a different place!

Again, it is funny to me that "Libertarians" rail against government intervention in their lives today, when in fact, we have less intervention than at any time in the modern history of our Republic - in my opinion, anyway.   A lot of shit is legal today that was just not done when I was a kid.   Today, you are free to ruin yourself through a number of avenues - gambling, over-spending, over-borrowing, and paying money to Psychics.

It seems harmless enough - maybe even fun - to consult with "Madam X" and have a "reading" which is all spooky and kooky.   And I guess if you spend $20 on a "reading" on the boardwalk and don't take it as anything other than entertainment, you are just out twenty bucks.  That does seem like a lot of money to me, though.  You'd be better off with cotton candy - about as fluffy and nearly as bad for you.

The problem is, people get sucked into the web of a psychic and end up bankrupting themselves.  These are often not very bright people, and often recent immigrants who don't speak English well, or have only a rudimentary understanding of finances.  You know, the sort of people who think that putting a red envelope under their phone will result in money coming to them.   People who think money is like the weather - it is a drought one day, and raining pennies the next - and they are not sure why, where, or how this occurs.

The Psychic will chat with the "customer" and ask a few innocuous questions.  Often people blurt out their darkest secrets in a form of verbal diarrhea, not realizing they have told the Psychic great details about their lives.  And the Psychic can fill in the rest from those details.  During the reading, the Psychic then barfs up these details, which "amazes" the client/victim.   She must have real powers!

But the deal is, when the Psychic makes guesses to fill in the blanks, she looks at the reaction of the victim, and if it is negative, she says, "No, I am getting another image now!" and makes another wild guess.   The victim remembers only the correct responses (a form of confirmation bias) and thinks the Psychic has special powers.

But what about the money?  In front of a lot of these Psychic places, you will see cars, boats, motorhomes, and travel trailers for sale.   What's up with that?   Well, the Psychic finds out what assets the victim has, and over the course of a number of visits, insinuates that these possessions (including money) are causing the victim psychic pain.   The bass boat is evil and you must get rid of it!  And no you can't sell it and keep the money, because the money would be tainted by that evil!

So the only way out is to give it to the Psychic who will then sell it in her front yard, cleansing it of all the evil spirits.   Your life is now "clean" and you are free to go on to happiness and prosperity, provided some other evil money or possession doesn't come into your life.

Sounds ridiculous, right?  Yet these places thrive all the time, and they seem to have a never-ending parade of customers.  From the giggling girls in a bridal party having their "hen night" before a wedding, to curious tourists, to the hard-core true believers, they can eke out a living.   And it only takes one or two hard-core true believers to stay in business.   The tourists and curious merely pay the light bill.

How do you avoid being scammed by a Psychic?  The answer is simple:  Simply don't go.  It is like payday loans, casinos, buy-here-pay-here used car dealers, or lease deals.   Simply leave your pen at home and don't set foot in those places.   You can't go to a casino for "a little gambling" just as you can't go to a Psychic for "a fun reading".  The odds are getting taken in are pretty high.

On the other hand, if you don't go at all, the odds drop down to ZERO.    It is like so many other things in life - you can eliminate all risk by doing one simple thing, why not do it?   If you stop rolling stop signs, your risk of a stop-sign collision drops to nearly nothing.   So why roll a stop sign?  How much time are you really saving?  And how "fun" is some creepy Psychic reading?  Or playing a slot machine?

And even if you don't think you would be taken in by a Psychic, why would you subsidize such an operation by giving them your money?   It would be like going to a payday loan place and handing them five bucks just for the hell of it.   Why enable evil? (and by evil, I don't mean the bass boat for sale out front).

But the same thing is true for other raw deals in life.   You will never get into trouble with a crappy car lease deal if you never sign a car lease.   You will never get in trouble with a payday loan if you never take one out.   And so on down the line - from the ultra-shitty deals that the poor bite on, to the merely crappy (but far larger) deals that the middle-class bites on, such as refinancing your house to pay off credit card debt.

Because in the end, it isn't the Psychics who are at fault here - any more than it is the car salesman who enticed you to lease a "luxury SUV" you could not afford.  It is the chump who goes along with these deals and hands over all their cash who is to blame - and who is responsible.  And granted, in some instances, these folks are not of sound mind, which is a concern to all of us as we age.   But yet it is another reason to simplify our lives and our finances as we get older - to avoid being scammed like this.
Newer Post Older Post Home