WSJ is Off the Leash! 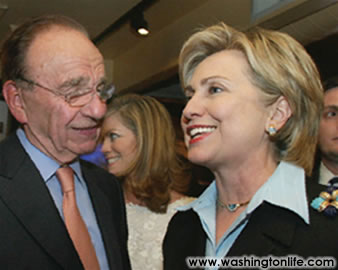 Rupert Murdoch must be on vacation this week (with Hillary, no doubt), as the Wall Street Journal reporters are actually printing facts.

A recent article in the Wall Street Journal tells - in part - why big SUVs and Pickup Trucks are so popular right now - and why the "Big 3" have all but abandoned the car segment.   And it has a lot to do with government policy, particularly EPA mileage and emissions requirements.  Sadly, the reporter missed others aspects of this, which I will go into later - that has to do with our tax laws as well.

The article begins with this tongue-in-cheek observation that went under the radar of the WSJ editors:

Last week Ford announced that it would wind down U.S. production/sales of passenger cars—excepting its Mustang and the sort-of-sedan Focus Active—in favor of more popular and profitable trucks, SUVs and crossovers. By 2020, 90% of Ford’s North American sales will consist of larger vehicles with lower fuel economy, because nothing bad ever comes of that.

Touché, my friend, touché.  The article goes on to explain how laxer standards for "light trucks" allowed carmakers to produce huge and profitable vehicles.  SUVs and pickup trucks have fuel economy, emissions, and safety requirements, far laxer than for passenger cars.   As a result, this basically incentivized the US automakers to convince customers to move up to an SUV or pickup truck, as they were far more profitable, and ironically, cheaper to make, as they didn't have to comply with so many standards.

Take bumpers.  The WSJ article missed this as well.  You hit a parking lot post with the plastic bumper on your Camry, or the steel bumper on your Tahoe.  Which car comes out better in the deal?  If you thought the rough-and-tough Tahoe, think again.  The urethane bumpers on cars are rated for 2.5 mph collisions without any damage.  And even if dented, they can be pushed back into shape from behind, sometimes helped with a hair dryer or hot water.

The steel bumper on a pickup truck or SUV?  Dented, permanently.  And usually the only way to fix this is to replace the entire bumper, because you can't even pull the dent out at a body shop.   Truck bumpers may look strong, but they do not have to comply with 2.5 mph impact requirements.  As a result, they get dented and look like crap after a few years - much as our cars did in the 1960's (and you'd remember this, if you lived in that era - everyone's car looked like a crumpled beer can after a year or two).

But the same is true for emissions standards and mileage standards - all more lax, as the article points out.  Designing a sedan is hard.  Meeting mileage, emissions, bumper, and impact standards is tough.  You have a small car and have to have a small, efficient engine.  But it has to survive an impact with a giant SUV and not kill its occupants.   It takes real engineering talent to design a sedan these days.

Oh, and people don't want them.   And since they are smaller, people expect to pay less - even though they are often more technically sophisticated that their larger brethren.  So the sedan designer is the unsung hero at the car company.  He gets no accolades for doing a good job, as all the profits are in the SUV and Truck departments, where design problems are often solved simply by adding more weight.

As the WSJ article points out, our EPA policies - which Trump is likely to slacken even further - will lead to the same situation we had in 2007.  Back then, US car companies made little else but SUVs and Trucks - and when the price of gas shot up, they went bankrupt.   Human economic memory being what it is (about 18 months) the car companies promised to do better, and GM dumped the Hummer line and came up with the Volt.   Today, they are wishing they kept the Hummer around - it would sell like hotcakes today.   But again, people don't remember gas prices from more than 18 months ago - and people assume that conditions today will remain static in perpetuity.

But the EPA policies are only part of the picture.  The IRS is also encouraging us to drive monster trucks.  Under Section 179 of the IRS code, any vehicle with a Gross Vehicle Weight over 6,000 lbs, can qualify for a 50% depreciation deduction in the first year.  So if you are self-employed, and you can write off the cost of a vehicle in your business, it could be advantageous to buy a Suburban or a Range Rover and get this tasty deduction.   It is why BMW designed the X6 - a 6,000 lb GVW sedan designed to the tax code, not to "German Engineering" specifications.

Sadly, we have a long history of this nonsense.   During the "gas crises" (plural) of the 1970's, a lot of people switched to diesel vehicles for better economy.   The IRS, again (actually, Congress, the IRS just enforces the rules) gave a deduction or tax credit if you bought a diesel vehicle.   I took this credit in 1981 when I bought my diesel Chevette.   Others took it buying a diesel Suburban.   A friend of mine in Arizona told me that his State also had a tax credit, and he was thinking of trading in his Mazda GLC on a new Suburban (talk about a switchup!) because, as he put it, "between the Federal and State tax credits, it pays for half the vehicle!"

I'm not sure he every bought that or not, but he was thinking about it, and that illustrates how tax credits and deductions serve to incentivize people.  As I noted before, chasing deductions is often fruitless, unless you wanted to do whatever it is you get a deduction for, in absence of that deduction.  What to buy a house?  Fine, take the deduction.   But don't buy a house simply to get a deduction - rarely does that work out in your favor.

The problem with these government incentives, of course, is that it does skew marketplaces.   And I find it odd that we have a government incentive program that on the one hand, mandates high gas mileage for sedans and other cars, but on the other hand, basically encourages people to buy a house-on-wheels to drive around.  The whole point of the CAFE mileage requirements was to prevent our country from getting into a situation where we were dependent on foreign oil and the whims of antagonistic foreign governments.  It was a matter of national security.

So, given that the government has created a "loophole" (which is another word for "law") that encourages the production of monster trucks and SUVs, should you go out and buy one?   Well, on a personal level, it makes no sense. You don't get a tax credit for buying a Tahoe - and even the depreciation deduction, which is available only to a select few self-employed people - doesn't really make the deal more profitable.

Buy the vehicle which best fits your needs (not wants).   And bear in mind that while gas seems cheap today, it was only about $1.99 a few months ago, and is already pushing $3 a gallon as the "summer driving season" approaches.   A few pipeline glitches, a trade-war (or a real war) with Venezuela, or an embargo from the Middle East, could cause prices to skyrocket overnight.   Yes, we are pumping more oil in the US than we have in decades - but the price of oil is irrelevant as to where it is produced, as it is a world market for this commodity.

After living through five or six oil price spikes and corresponding "gas crises", I can only assume that more will occur within my lifetime, and one will occur before I decide to sell my current vehicle.  So yes, gas mileage still matters.  It always will.