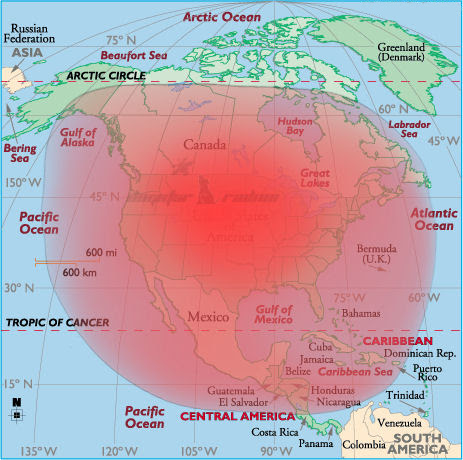 Vinyl Records, 8-track tapes, cassettes, CDs, iPods - all obsolete in a new era of music streaming.   Does Sirius XM have a future?

I got a promotional come-on in the mail from Sirius XM the other day.  I thought about it for half a second and then tossed it.  We are driving to Alaska, and it would be nice to have Sirius XM activated on the truck.   And at the promotional pricing of $5 a month, why not?

Well, a number of reasons.  First of all, service in Alaska is spotty - as shown by the coverage map above.  So while it might be nice for the first part of our trip, it might be worthless later on.   Second, I just lashed the kayak to the roof of the truck, and as a result, it covers the XM antenna, which means basically I have no service, or have to move the kayak to one side, or leave it behind.   No service was the best option.   Third, the negative option deal.   Sure, it is $5 a month for six months, then it ratchets up to the regular price of $15.99 which is no freaking bargain.  And you have to remember to call them to cancel service, or your credit card gets dinged - and they are counting on that.

And fourth, well, it just isn't that great.  When you filter out the dozens of sports and talky-talky channels, it comes down to just a few music channels.    Of those, you can (or at least I can) filter out the heavy metal and rap channels, as well as the warbly "pop diva" channels that feature artists I've never heard of, because I don't watch Dancing With the Celebrity Chefs Sing-Off as They Remodel and Flip Hoarding Houses Storage Wars kind of crap.

So that leaves Siriusly Sinatra and maybe two other channels.   The Sinatra channel can be great - with some of his kids hosting the show, no less.   But the others, less so.  So there isn't a lot of "there" there - at least not for five bucks a month.  Certainly not for $16 a month (which is what $15.99 is).

Fifth, well, $5 a month doesn't seem like a lot, but it is more than zero.   And free is even better - and Pandora is free.   If I was to spend $5 a month, I would throw it at Pandora premium instead.

Oh, and sixth, the promotion was valid only for the Hamster, not the truck.   So in the trash the Sirius XM mailing card goes.

It struck me that Sirius XM is as obsolete and quaint as the cassette decks in my BMWs (why, dear God, why?  In 2002?).  It is a pretty useless feature, and if Sirius XM didn't pay the car companies to put it in their cars, odds are, most would drop the feature.    Most cars today have an AM/FM radio feature as well.   Few people use the FM radio anymore and fewer use the AM.

In fact, when was the last time you listened to AM radio?  Unless you are a conspiracy theorist who likes to listen to scratchy stations where some idiot rants about the Illuminati, odds are you've never turned it on, much less set the station presets.   And FM?  A barrage of bad car dealer advertisements as well as come-ons for various schemes and MLM crap.  Who even listens to that?   Even NPR has gone down the tubes and become a talk-show station.  So the idea that so many cars have XM receivers makes the company "worth a lot" is, in my opinion, bogus.  So many cars have AM as well - that doesn't guarantee an audience.  And AM is free.

SiriusXM the company, however, seems to be hanging on in spite of all this.  While the stock price peaked at over $60 a share in 2000, it languishes at about $6 a share today.  If you bought at 11 cents a share (!!!) in January of 2009, you'd be doing quite well now!   With a P/E ratio over 40, it isn't making record profits (in terms of price per share), but any profit, even a penny, means you can keep the lights on and live for another day.   It is even paying a dividend, although with a paltry yield of 0.65%.   A good buy for those who bought in 2009, not such a deal today.

(With a P/E ratio of over 40, you can see the stock is clearly overvalued - double where the price should be.   With interest rates and inflation rising, investors are not going to be content with a 2.5% rate of return or a 0.65% dividend.   But this just illustrates how far our bull market has to fall in the coming months).

But of course, I am not the target audience for Sirius XM.   They are going after the commuter market - people who spend 1-3 hours a day (or more) in their cars, going to and from work, and to run "errands".   I never leave the house for days at a time, and even then, it may be by bicycle or golf cart (and I can stream Pandora on both!).  The cubicle drone who zones out in traffic on I-66, west of Washington, likes to listen to an hour or two of "sports talk radio" or Howard Stern or some such nonsense ("Bubba the Love Sponge"?  Who thinks up this shit?  Who listens to it?).   That's their target audience - idiots.  It is like the target audience for cable television - morons who will sit through 15 minutes of commercials to watch a 15-minute-long "History Channel" show about paranormal pumpkin-smashing trebuchet makers.

The "drive time" audience - highly coveted by the radio stations - is what Sirius XM is going after.  Since it is so difficult and expensive to pipe Sirius XM into your home (running an antenna to the roof, paying for a separate receiver, etc.) it is not really aimed at the casual listening audience.  It is hard to take Sirius to the beach, on my bike, or in the golf cart.  You can't take it jogging like with an MP3 player - or your cell phone.  Certainly not on our island, whose tree canopy makes coverage even in your car, spotty.

The problem for SiriusXM is that it seemed, when they stared out, to have so many channels.  But music streaming services have an infinite number of channels - you can create your own channels and the system "learns" what you like over time, and creates a unique channel that is tailored to you alone, and you are the only one listening to it.   With Sirius, you have to listen to the same channel millions (or at least thousands) of people are listening to, so as a result, the channel has to be a compromise as to what the majority wants - or what is the lowest common denominator.   Sort of like how television works, including cable.

Of course, you have to wonder where this is all going, if we are truly entering a "post-car" era, where people will hail self-driving Uber cabs.  Who would pay for satellite radio in that scenario?   Of course, there may be other applications for this hardware, but satellites need to be replaced and refreshed on occasion, as the Iridium people discovered when they were going through bankruptcy.  Sirius will need to keep paying to install radios in new cars, and to pay for satellite infrastructure, in addition to paying for content to copyright holders and celebrity hosts, like Howard Stern.

It seems like these format changes are coming quicker and quicker these days.  Vinyl records had their day in the sun for decades.  8-tracks lasted maybe ten years, cassettes maybe 20.  CDs lumbered along for a couple of decades - we thought they would never go away.  Then the iPod made those obsolete.   Then the iPod itself was pushed aside by USB memory sticks and online music streaming.   I am not sure what is next - beaming music directly into your head, or memory implants?

All I can say is, SiriusXM isn't the wave of the future, it is the wave of the past - as quaint as the 8-track tape.  And kids born today, will ask their parents, years from now, what those funny buttons on the radio in Grandpa's car, labeled "AM", "FM", and "XM" were for.
Newer Post Older Post Home