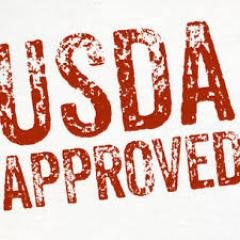 When a story never gets around to its point, you know they are lying to you.

I have written about WTF? stories from the Wall Street Journal and the New York Times.   You can usually spot these stories a mile away, as they don't set forth the who/what/where/when/why/how narrative that most news stories present.  Instead, they start off with some heart-wrenching narrative designed to "hook" you into the story, before they drop bombshells later on.   Or, as in the case of today's story, they just meander off into nothingness.   Oh, wait, I guess I'm doing the same thing here...

A story yesterday in the Washington Post tells of the USDA moving to Kansas City.   There is no mention of who planned this move and why or whether it was a Trump administration initiative or just something that was in the pipeline all along (You have to go to real news sources to find out that!).  The article meanders around telling tales of woe of employees who must choose between getting a new job, retiring early, or moving to Kansas City. The piece finally comes to a crash-landing in transgenderville, telling the sob story of a man who lost his wife to cancer, his son to opioids (stolen from his wife's nightstand, much as my late sister's was) and is now "transitioning" to another gender.   What the fuck any of that has to do with the USDA moving to another city is beyond me.

It is just another "we're all victims here!" type of article, making the case that everyone is a victim of circumstance or unseen others - preferably Trump.   But I had to call bullshit on this story early on, as the premise of the article - that no one should ever be forced to move, ever, for a job - is completely flawed.

Yet the media loves this premise.  Jobs are gone from places like Flint, Michigan, and the government is expected to create new ones, rather than have people move away to places where there is work.  The corollary to this argument is that companies like Walmart have an obligation to keep money-losing stores open in places like Appalachia, so that the people living there with no jobs, no prospects, and no retail outlets, can stay.   A third corollary to this argument is that we should build homeless shelters and low-income housing in resort towns, so "the homeless" will have a place to live, even if the middle-class can't afford to live there.   These are all absurd arguments, but all embraced by the left, which is why Trump will, sadly, win again in 2020.

My parents had to move several times during my Father's career (and later, retirement), from Boston, to New Jersey, Connecticut (twice), New York (twice), Egypt, California, Illinois, Maryland, and Colorado.   We picked up and moved, and it wasn't always easy, but then again, it wasn't all that hard, either.  Myself, I have lived in New York, Connecticut, Michigan, Virginia, Florida, and now Georgia  - since age 18.   I went where the jobs were good or the living was good, and walked away from places where it was expensive to live or there were no opportunities.

We are a migratory species - our brethren have moved across the planet, occupying any ecological niche they can find survival in.   When conditions change, most migrate away.  Those that don't, often suffer and die.  Migration is, in fact, a hot issue today, what with half the planet wanting to head North to a better life in the Western Democracies - and you can't blame migrants for that, we do have it pretty well here (by design, of course).   So, the "burden" of having to migrate from expensive-to-live-in Northern Virginia (what with the high cost of living, horrendous traffic and all) to a nice place like Kansas City, seems, well, kind of trivial compared to what folks from Central America or Central Africa are going through.

Why would they want to move the USDA or at least a portion of it?   Probably a number of reasons. Washington DC is getting to be an expensive place to live - which is one reason why we left.   The Patent Office, for example, built a new headquarters and then outgrew it within a few years.  Adding on is impossible, as all the land in the area is spoken for.   And one reason the USPTO left Crystal City (future home of Amazon) is that they were chopped up into a number of leased buildings or portions of leased buildings.   So today, most Examiners telecommute to work and "hotel" one day a week at a shared office.   There no longer is any compelling reason to be physically present - and no reason to be physically present in or near Washington, DC.

And in the past, some have argued that the USPTO should move to somewhere more affordable - or closer to industry and technology centers.  It may yet happen.

So in a way, it makes sense to move a USDA research center to the heart of agricultural country.   But I am sure there are other reasons as well - Senator Klaghorn wants the new research center in his district, so he can claim to "bring home the bacon" and get re-elected.  Act Shocked.

In our little town (where one of our car ferries recently tipped over - so sad!) we have the Federal Law Enforcement Training Center, where a lot of federal cops go to train (most border guards, included).   It has been a political football of sorts, as competing Congressmen and Senators make "economic" arguments that the center should be relocated to their State, and our representatives have to fight to keep the center here - it is a major employer and economic engine in the area.   All those cops need a place to stay (and eat) when they come here for two-week training!   One particular local landlord and restaurateur would surely go bust if FLETC left!

Again, act shocked that politics plays a role here.  Ever wonder why "Mission Control" is in Houston, Texas and not Florida?   Why the NASA Space Flight Center is in Alabama?   Everyone got a "taste" of the moon rocket budget back in the day - and continues to do so, today.   It is the same reason Boeing and Airbus have factories all over the world - so that each customer gets a "taste" of the manufacturing jobs in the overall process.   You want the contract, you have to play ball.   Again, act shocked!  After all, the world is supposed to be "fair" - right?   Tell that to the Taliban.

OK, so I am just as guilty of meandering around a topic as the Post at times.  But the point is, moving for a job is not a horrible thing - but actually can be a good opportunity.  The idea of "staying in your hometown" is just idiotic, as is the idea of the "Family Homestead" is a myth for most of us.   One of the people weepily profiled in the piece said they just bought their "forever house" in Fairfax County - and now have to move!   Having been in the Real Estate market in NoVa (and Mark a Realtor(r)), I can tell you that "forever" in Fairfax county is, on average, five years.   The best thing you can do with Fairfax County is to escape from it.

Sadly, the Post addresses none of this, choosing instead to wallow in victimhood.   The story starts out with a "woman" weepily packing up photos of her dead family, and ends up revealing that the woman in question is transgender.  I am not sure how this relates to the USDA relocating at all. Maybe Trump killed his family and forced him to "transition"?  The fact that the person in question is retiring to a beautiful retirement town is sort of attenuated.

But, of course, as we all know by now, transgender people are victims, always, when they are not "heroes" of course.   And of course, being transgender is trendy, so the Post loved this "hook" in the story, even if it made the story entire incomprehensible and uninformative.

It isn't just shitty journalism, it's shitty writing, too.

UPDATE:  We drove through Kansas City yesterday - not a bad place, except that I-70 goes from three lanes to ONE lane in the middle of town, and as you might expect, there was a wreck there (they were removing it as we arrived, so there was no delay).    Seems like a nice place to live, and it struck me that this WashPo article is an example of mid-west bashing - perpetuating the impression that people on the "coasts" look down at folks in the "flyover" States.   This sort of article just hands Trump a re-election victory.    Imagine you live in Kansas City and you read this article -  where people are tearing their hair out at the thought of moving to your town.    Pretty shitty article and a pretty shitty thing to do.
Newer Post Older Post Home