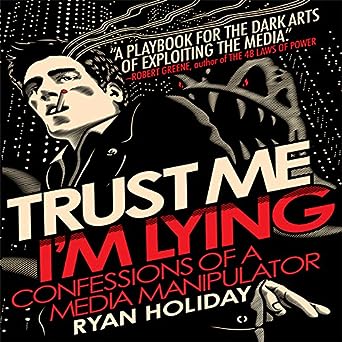 The media has told the same old lies for so long, I think even they believe them.

I mentioned before some baldfaced lies that politicians like to tell, and the media likes to repeat.  These are not "controversial" or "political" views, but basic economic facts, that for some reason, the media likes to distort.  What sort of things am I talking about?

1.  Retail Apocalypse:   According to the media, Amazon is bulldozing over every other retailer in the market.   And anytime a retailer files for bankruptcy, "online retailing" and Amazon are usually mentioned in the first paragraph of the story.  Who can compete, now that Amazon controls more than half the retail market?

The truth is, most of these retailers are going bankrupt for very old-fashioned reasons.  Most were loaded up with debt, and many sold products no one was interested in - or were wildly out of style, or were no particular bargain.  Sears is a classic example - no one wanted to shop in their old, dingy stores, there was nothing there of particular value, and the fashions were outdated.  And the place was loaded to the gills with debt.

Today, it is "Forever 21" - a laughable women's clothing store that appealed to trophy wives on their third face-lift, trying desperately to cling to youth.  It never took off with its designated age demographic, mostly because 21-year-olds don't want to buy their Mom's clothing.  Even the name of the store was embarrassing, particularly when you saw 40-somethings carrying the shopping bags emblazoned with the logo.  The stores were dated, the clothing was out-of-style, and the company was loaded with horrendous debt.  Amazon had little to do with it.

In other markets, "brick and mortar" is being supplanted not by Amazon, but by Walmart.   Walmart is the retail colossus in everytown USA.  Amazon is a seller of cheap Chinese junk online - and often not at particularly attractive prices.   Amazon sells $20 billion in groceries every year.  Walmart sells $270 Billion.  Yea, "Whole Foods" is going to take that over with drone delivery of asparagus water.

But members of the media, located in larger cities, rarely go to Walmart - and can afford to shop at Whole Foods.  And every night when they get home, there is a stack of Amazon boxes on their front porch (if the porch pirates haven't been there first).  So to someone writing for a major paper or news channel, the answer seems obvious:  Amazon is putting everyone out of business!

Thus, when writing an article about a retail company filing for bankruptcy, it is obligatory for them to insert a paragraph or two - usually the second paragraph in the story - mentioning "retail apocalypse", online retail, and of course, Amazon.  It is a standard form paragraph at this point.

2.  Homelessness:   The media reports two lies whenever there is an article about homelessness.  The first lie is that homeless people are "just down on their luck" and that it could "happen to anyone" as everyone in America is "one paycheck away" from being homeless.

The second lie is that homelessness is caused by high rents and high housing prices.  And again, this is a standard form paragraph (or two) usually inserted early on into the story.   Joe Blow is homeless because rents in San Francisco are $3000 a month.   It isn't until later on in the story, often "below the fold" that you read that Joe Blow is a convicted criminal who stole from his employers to feed his drug habit, and chose drugs over marriage, job, career, family, and everything else.

Granted, Joe needs help - in an institution.  You see, he's also crazy as a loon, as most homeless people are.  That's how they ended up homeless.   It wasn't "the high cost of rent" that put them out on the street, but the high cost of drug abuse.

Members of the media, I suppose, assume that their fat salaries are largely undeserved (probably the only thing they get right) and worry that maybe "they, too!" will end up out on the street someday, particularly when they are living paycheck-to-paycheck on $200,000 a year in a major coastal city.  It's all a matter of perspective.

3. Socialism in Scandinavia:  Most media outlets tend to lean left, Fox News and Breitbart notwithstanding (the latter being a website, not a media outlet).   And many of them like to harp about how socialism can "work" because it worked so well in Scandinavia.

Problem is, most Scandinavian countries aren't socialist, and what socialist agendas they adopted in the 1970's have long since been abandoned.   Americans never got this tidbit of news.

Today, "Democratic Socialists" fall all over each other promising to unwind capitalism and promise millenials to make the system "fair" by taking away money from their parents and giving it to them, instead.  And they point to socialist programs in Scandinavian countries as an example of the "success" of such schemes, when in fact, these schemes have failed and most countries have run away from these ideas.

For example, Bernie Sanders and Elizabeth Warren want to tax the wealth of the very rich to "eliminate billionaires" from the world.    And yes, this was tried in Sweden, but it backfired in a big way.   The founder of IKEA - among others - simply moved to Switzerland to avoid this tax - billionaires can afford to do things like that, and I hear the weather is nice in Bern this time of year.

Since those days, the Swedes have largely abandoned their "wealth tax" as it simply didn't work, discouraged investment, and forced the smartest and most successful to move away.

But to hear the media tell it, socialism works, and the "Scandinavian model" is one we should adopt.  This is, really, an outright lie.

Those are just three examples that are noticeable and noteworthy because I hear them so much today. Every story about homelessness has to have a paragraph about rents in San Francisco.   Every story about a company going bankrupt has to mention Amazon as the culprit - even though Amazon may be only tangentially involved, if that (I doubt the place where I buy my weed-whacker is the cause of a women's fashion chain's demise).   And every story about Bernie Sanders or AOC has to compare our "unfair" capitalist economy with the Scandinavian Socialist Miracle - even if it never existed.

There are probably other lies you are aware of - stuff that is so ingrained in the conciseness of the media that it is inserted - in knee-jerk fashion - into every story.  A black man is shot by the Police - after threatening them with a handgun and after shooting his entire family.   The story has to include one or more paragraphs about "Black Lives Matter" and Ferguson, Missouri, even though the story has nothing to do with that.

The problem with this type of "reporting" is that it is setting forth a "narrative" and then just assuming we all agree with it.  There is no causal connection made between "Forever 21" declaring bankruptcy and Amazon - it is just assumed.   Granted, many paragraphs into the story, they finally get around to mentioning the staggering debt load and outdated fashions (and maybe even that the fashion industry is quite fickle, and no fashion brand or store is forever, 21 or otherwise).   But those salient facts are diluted in order to serve a greater cause - to reinforce the notion that "Amazon is taking over" or whatever.

The facts are being bent to serve the cause.    Reality is twisted to serve the narrative.   We can cure homelessness through rent control!   Right?   I mean, it's worth a try, huh?
Newer Post Older Post Home