Your Drug Problem is Not My Problem 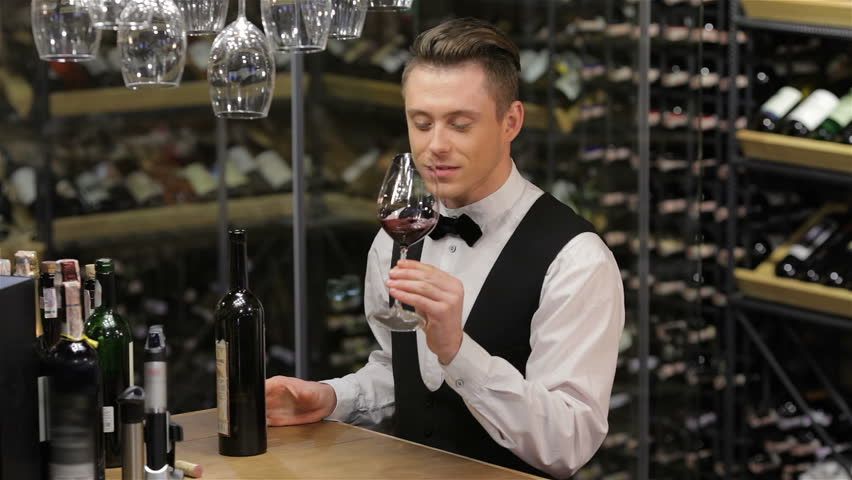 If people want to do drugs, that is their thing.  But they should accept the consequences.

Another weepy piece in the paper today, about a man who was a famous Sommelier at fancy restaurants, but is now reduced to homelessness!   He's living in a tent, man!  And it could happen to you, buddy, so you'd better vote for Bernie!  Of course, the paper in question is the New York Times.

We have to take his word for it that he was a Sommelier and not just a waiter. But about six paragraphs into the article, they drop the bomb - he's homeless not because of heartless Republicans raising rents, but because of mental health and drug abuse issues.  Big fucking surprise to anyone who pays attention.

The legions of homeless are not in fact legions.   In fact, they make up a surprisingly small amount of the population - far less than 1%.   But they make up for this by being annoying as shit - standing on busy street corners, tying up traffic, begging for money with their made-up cardboard pleas about being "just evicted" or whatever.  They make their presence known by stealing all your shit - breaking a $500 car window to take $3.50 in change from your ashtray.   They shit on your lawn, they piss on your shrubs.    And they assault and even kill each other, and perhaps you - or your children.  They belong in mental institutions.

Sadly, "homeless advocates" use the homeless much as the homeless use a dirt-smeared child or a flea-bitten dog as a prop to beg for money. "We need more affordable housing!" these self-styled "advocates" argue.  As I noted before, I pissed off one such advocate when he tried to convince me that Key West should have free housing for the homeless - in a vacation resort no less!   And yes, he tried the usual shaming techniques on me (sorry, but I am immune to that kryptonite!).  The idea that maybe people who are homeless shouldn't have the choice of the best real estate seemed to elude him.

Building apartments for drug-addled mentally-ill people won't solve their problems.   They'll tear out the walls and turn the place into a crime-infested drug den.   How do I know this?   It has been the fate of most "public housing" since time began.  And in most of those complexes, the folks are not severely mentally ill.

Is it possible for a "regular person" who has a job and a career and a wife and kids, to end up in a tent under a freeway? Yes, but you have to work at it. First, you have to acquire a drug habit - methamphetamine is a good start, and easier to find these days than "crack" cocaine (which drove the "homeless epidemic" in the 1980's).  Opioids are another good choice - and quite popular today.  Got back pain?  Old sports injury?  Just go to your local pill-mill doctor, and when he suggests Oxycontin for your "chronic pain" just don't say no.

Of course, the media paints another picture.  Addiction is inevitable and it can happen to anyone, so watch out, buster!   They try hard to paint stories about "one of us" turning into "one of them" - even a journalist!  But you scratch around the edges of these stories and they come apart like a frayed sweater.   It isn't easy to become homeless - you have to work at it, being irresponsible and selfish for years and years at a time.

But it can happen, if you let it - if you work at it.  I recounted before how a friend of mine's husband was going to night school at George Mason University Law School.  Back then, it was located in an old Sears building (which were being abandoned even then) in Arlington.  They still had the escalators, even.  Third floor!  Ladies undergarments, Children's Toys, Torts and Constitutional Law!

Anyway, back then, it was not a good part of town, and there were drug dealers hanging around the place.  The husband had a mild pot-smoking problem, and he asked one of the dealers for some pot.  "I ain't got no pot, bro!" he said, "but try some of this crack - it's da bomb!"

He brought it home and found a new friend.  His wife tried it, but wasn't sure this was such a good thing for a young career couple to be doing.  The husband bought more and more crack, until one day he proposed spending the mortgage payment on crack.  "But then the mortgage won't get paid!" the wife argued.  "Yea, but we'll have a boatload of crack!" he replied.

They split up.  I am sure he called her a "materialistic bitch" - drug addicts do that sort of thing, even po-theads. He, of course, eventually lost his high-paying job, the condo was foreclosed upon, and he moved back home with his parents - at age 35 - but not before taking out some loans in his ex-wife's name.  The last we heard of him, he was in jail for running a meth lab.  His Dad, who was a successful attorney, kept bailing him out of one form of trouble or another, which of course, meant only that he ended up in one form of trouble or another.  By the time Dad finally cut him off, the son was a broken man.

So, yes, homelessness can "happen" to successful people, but you really have to work at it.  And note that in this narrative, the high cost of housing was nowhere an issue.   The high cost of crack, was.

But for some reason, the NYT article has to waste a couple of paragraphs about how high the cost of housing is in California, before they get down to the real issue.

Some folks say we should be compassionate to the homeless, and provide them with free food, shelter, and clothing.  They need these things because they are homeless!  But in reality, they need these things because what money they make panhandling is spent on drugs.  They choose not to buy food, clothing, and shelter but instead spend the mortgage money on crack. Indulging them or enabling their lifestyle isn't going to make their lives better.  It isn't going to "turn their life around" - it is just going to allow them to get high for one more day.

But of course, a lot of politicians realize this.  To them, the homeless are nothing more than props to be used for a political agenda - sort of like how Yasser Arafat kept his own people in refugee camps and in conditions of privation so he could point to them as an example of Israel's wrongdoing (not much has changed, sadly, since he died).  But he kept the aid money coming in - and going out to his Swiss bank accounts.

Sadly, we see a similar thing happening today. Politicians aren't interested in solving people's problems (which are often best solved by the government not trying to solve them!).  Rather, they want festering issues and festering unrest so they can get elected.  So long as abortion is legal in at least one State, the GOP has a platform that will get votes from the very people they are screwing economically.  Overturning Roe v. Wade would be a disaster for them.

But what about the people involved?  Aren't they victims?  Well, yes and no.  As my friend's husband illustrated, he wanted to do crack, and made a conscious choice to do so.  Even after he lost his house, his wife, and his career, he kept doing drugs and moved onto methamphetamine because he enjoyed it. I said it before and I'll say it again, these drug-addled homeless are having a ball of a time, even if you and I see only privation and poverty.   Being high all the time is actually fun, which is why people do drugs.

Most people see though this, though.  Getting high is fun - but there is always a downside to anything that is simple as that.  You get drunk, you end up puking - or hung over.  You smoke pot, you may lose your ambition. You do harder drugs, well, you can lose it all - and this isn't some State secret, but something published in the papers every day.  If you choose to ignore this, is it my fault?

It is like the student loan thing.  Maybe you could believe that some student from a decade ago had "no idea" that borrowing $50,000 to get a degree in anthropology was a bad idea.  But today?  Every paper and every media outlet publishes articles about what a raw deal college is and what a perpetual nightmare student loans are. Yet, right at this very moment, there is some 18-year-old, standing in line at the bursar's office, waiting to sign some documents and get that sweet student loan check to use for "housing" expenses.  I know this, because I was once that young man.   But I paid it all back, of course.

And I know other young people today who made different choices - going to a State school, working jobs in the summer to support themselves, borrowing as little as possible.  They don't write articles about them.

Just as the media doesn't write articles about the 99.83% of the population who doesn't smoke crack and end up living in a tent.

We need to put this stuff in perspective, and realize when we are being baited.
Newer Post Older Post Home