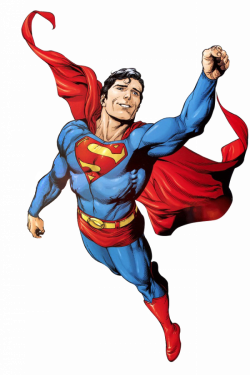 Superheros would solve everything - or would they?

When I was a kid, the comic book thing wasn't such a big deal.  In fact, it had sort of peaked in the 1950's and was going downhill.  It wasn't until Hollywood discovered that these old comic books could be mined for material that it became a big deal - that and the "graphic novel" phenomenon.  Stan Lee went from an obscure cartoonist to a cult figure, and the IPO of his company went ballistic (and then crashed, like most IPOs).  It's just comic books, people!  Well that, and billion-dollar movie franchises these days.

We pine for superheros, it seems - someone who will solve all the world's problem with the wave of a magic wand or a heat ray, and let us go about our normal business unmolested.  If only the bad people in the world could be dealt with.....  It is the basic premise of fascism.

My late Mother was born in the 1920's and grew up during the depression.  She came of age during World War II.  She told me, time and time again, that as a teenager, she would fantasize about getting a gun and going to Germany and "shooting that Mr. Hitler" and thus solving the world's problems.  Of course, that would not likely solve anything, as Goebbels or Himmler would just take his place.  Hard to say how the presence of absence of one man could change the world.

But that's the deal with superheros - they effectively could change the world.  And why, during World War II, they didn't have Superman, who can withstand bullets and even tank shells, just fly over to Berlin and punch old Schicklgruber in the nose (at least in the comics) is beyond me.  I mean, in a comic book war where even Donald Duck was drafted into the Army, you'd think superheros would have made short work of it - being invincible and all.

Of course, it doesn't work that way.   Even superheros can't be in all places at all times - solve every crime, kill off every petty dictator, free hostages and those unjustly imprisoned, expose every malfeasance, fraud, and scam, and of course, put an end to organized crime, once and for all!  I mean, with legions of superheros, such as we have today, this would be practical.

But desirable?  I wonder.  Sometimes late at night I wake up to go pee (which is usually better than the alternative) and before I go back to sleep, my mind wanders.  And I suppose it is a common fantasy, but what if one could have Superman-like powers?  How would you change the world?  Would you be helping little old ladies get their cat out of a tree?  Putting a stop to a mugging?  Or putting an end to wars and conflicts, or deposing evil dictators?  Maybe disarming the world's nuclear arsenal?  Disarming all weapons (as an early Kurt Vonnegut short story detailed)?

Maybe.  Or Maybe that wouldn't solve anything.  You get rid of one Ayatollah and another takes his place.  Putin is gone, someone fills in the power vacuum.  Or worse, as we learned with the fall of the Soviet Union - a power vacuum exists and it becomes a free-for-all with the strongest strongman winning the game.  How did you think we ended up with Putin in the first place?  And so on down the line.  You get rid of one military junta and it is replaced with another - or nothing.

I was reading The Feast of the Goat about the dictator of the Dominican Republic, Trujillo.  Assassins plotted to kill him - and succeeded.  But what followed was a bloodbath, as the last gasps of the Trujillo regime sought revenge, and following that, decades of instability that continue on today.  This killing off dictator thing is more complicated that it looks.

And in part, that is the problem the US has.  We have the world's largest military by a factor of seven or more.  We spend more on our military than the next eight largest militaries combined.  China is building its first aircraft carrier.  We have thirteen.   Yea, we sort of dominate the military scene, worldwide.  Problem is, we still aren't superman.

The boys from South Park put together a "Supermarionette" movie called Team America, World Police, whose premise was that as the world's strongest superpower, it was our obligation to police the rest of the world. And since World War II, we've sort of tried to do this, with mixed results.

For example, we took out "Bad Guy" Saddam Hussein (who we had installed, decades earlier) and what happened?  The same old power vacuum we saw after the fall of the Soviet Union.  With no one in charge, everyone fought for leverage, including our friends in nearby Iran.   You can't just go back in time and shoot baby Hitler and solve the world's problems.  It's not that simple.

And even if you could, what would that leave us?  The rest of us would stop trying to solve the world's problems, relying instead on benevolent (we hope) superhero overlords, who of course would not simply become our new fascist overlords because you know, absolute power doesn't corrupt absolutely.

Maybe that is the lesson from Vietnam, Iraq, and Afghanistan.  So long as we were willing to occupy those countries and fight off an endless insurgency, the locals didn't feel so emboldened as to fight for a country of their own.  They were content to have the government we installed - a weak government with no real support among the population.  And as soon as we left, well, it all collapsed like a house of cards.

The whole model of Superheros saving the day is an interesting daydream fantasy, but one that would not work out well in the real world.  We would become passive, submissive people, waiting for Supermen to solve all the world's problems.  We would stop trying, because there would be no point in it.

Our struggles define us and they define nations as well.  It is like money without work - no one appreciates free things, which is why this concept of "guaranteed annual gub-ment check" is a bad idea, no matter how many bong hits you take.  Passivity and sloth are evil - the Bible got that one right, or at least the Catholic church did.

It is akin to winning the lottery - we think it would be the solution to all of our problems, but in fact, it would just create a new set of problems, before dumping us back into the old set.  There is a reason why so many lottery winners (and personal injury plaintiffs) end up broke in short order - their problem isn't merely lack of money, but lack of money management skills.  Unless you willing to let Superman monitor your spending and bank accounts, not much is going to change.

And hey, I tied this topic back into the theme of this blog!

But maybe that's why I am not a big fan of explosion movies or these superhero franchises.  I mean, yea, when the first Superman movie came out with Christopher Reeves, it was a romp down memory lane. But then Hollywood decided to mine this vein forever, and we have umpteen iterations of Batman as some sort of brooding dark character with ever-more-ridiculous and clearly non-functional Batmobiles, and well, they kind of ruined it.  Sort of like Star Wars prequels.  There is such a thing as too much of a good thing.

The world is a messy place - a non-optimal outcome.  Life is a non-optimized event, as I have noted before, and human beings operate at an efficiency level of 1-2% on a good day.   Yet, we all pine for the Superman to come save the day, take charge and tell us all what to do.   From the German perspective in 1938, it wasn't Superman than needed to kill Hitler, but Hitler was the Superman who would save Germany - by giving him all-encompassing power.

And we know how that worked out, eh?

Not much has changed since then.  Trumpism is defined, in part, by a desire of some people to have a strong-man take power and "get things done" - build Autobahns and persecute minorities.  But of course, Trump only did the latter.  In terms of "making the trains run on time" Trump failed miserably - as did his predecessors (Mussolini never made the trains run on time, either - come on, we're talking Italy!).

And that is the problem with Supermen - they never live up to their billing.

Democracy and life as we know it is messy and difficult. Our government muddles along, clanking and wheezing like an old machine that has been patched again and again, just enough to move it down the road another mile - or another foot.  It sounds so inefficient and awful, until you consider the alternatives.  As messy as it is, it ends up being, if not the best, one of the best workable solutions, if you compare it to other governments, worldwide.

Maybe we should stop pining for superheroes to do our work for us, and get back to work ourselves!