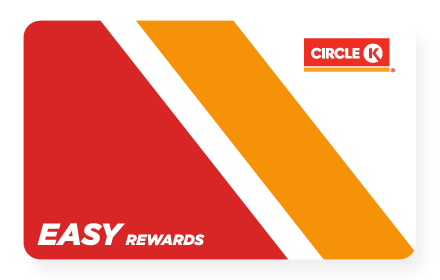 If you've read my blog (brave reader!) you know that I cannot stand coupons, BoGos, cash-back rewards, and other "gimmicks" used to create consumer loyalty or to get you to over-consume.  The best deals are the simplest deals - I give cash and the merchant provides product, at a competitive price.   Sam's Club and Walmart, for example, don't play the coupon game with regard to store coupons.  BJ's Wholesale, on the other hand, has this arcane game of in-store coupons which don't redeem half the time and are a pain-in-the-ass to use.  Tellingly, half the time, the store-brand product is cheaper (as as good a quality if not better) than the "brand name" product sold at a coupon discount.

To me, it makes no sense.  Why not just adjust your prices?  But as we learned in economics class, in an ideal market, you get each consumer to pay the maximum price they are willing to pay, with no two consumers paying the same price.  Airline seats are a good example - no two people on any airplane, it seems, pays the same price.  The VIP passenger making a last-minute booking might pay full fare for a first-class seat.  Meanwhile, in the back of coach, is the guy using miles or rewards, booking months in advance, to score that $59 flight - plus service charges, of course.

The system isn't perfect, however.  The guy in first class might have used his frequent flyer rewards to get a free upgrade to first class.  The guy in the back row ends up paying a baggage fee and $5.99 for a watered-down 8-ounce diet coke.   The irony of this "perfect" system of incentives is that the poor often get the rawest deals in life (particularly when borrowing money) and the rich get the best.  It is the opposite of what theoretical economists claim should happen, in Econ 101 class.  Life is unfair - get over that.

Anyway, we have a gas station here on the island.  Before they remodeled the island, it was a sad, sad thing, that you hardly even knew was open.  The price of gas was almost a buck more than on the mainland.  I guess it was run by the authority - government employees - and the only real economic activitiy going on was a car detailing business that was being run out of the old garage in the back.

Well, all that was torn down and replaced with an eight-pump gasateria with a convenience store and a Dairy Queen (wait time for an ice cream cone: 1 hour).  The gas prices were very competitive with the mainland, and in no time, the place became a hub of economic activity.

The station (Circle K) offers a debit card which you can use to buy gas or other things at the store.  The money is debited from your checking account, usually the next day.  You can save 10 cents a gallon on gas (30 cents for the first 100 gallons for new members) and accumulate "points" good toward discounts on things in the store.

On the other hand, the "Rewards" credit cards (such as from BoA) offer 3% off on gasoline purchases.  Which is a better deal?  Well as you might imagine, it depends on the price of gasoline.  At $3 a gallon, you are "saving" 9 cents per gallon using the "rewards" credit card, versus 10 cents (plus accumulated "points") using their Circle K debit card.  Other stations offer five cents a gallon off, which makes the rewards credit card look like a better deal.

But of course, going across the street to a gas station where the cost of gas is ten cents cheaper is just as good a deal, if not better.  20 cents, even better than that.  Are you really saving any real money with these gags?  And everyone has one - the local grocery store offers "free gas!" (high index words) to the plebes if they buy groceries there.  The gag is, you buy $100 of groceries, they give you $5 off on your gasoline purchase.  But again, the only station that redeems this reward has a price that is higher than the station down the street.  And the grocery store has far higher prices than Walmart.

And again, it isn't much of a bargain if the station across the street has lower prices and no gimmicks.

The weird thing about human behavior is how people will shop aggressively on gasoline but pay "whatever" for other things in their life, such as cell phones, cars, clothing, restaurant meals and whatnot.  People will spent $1200 on a new iPhone or $100 a month on a plan, but balk at paying 5 cents more for gas.  Worse yet, they will drive ten miles out of their way to save a penny-a-gallon, not realizing that they their savings went out the tailpipe, getting there.

I would attribute this effect to the "gas crises" of 1973 onwards.  Until that time, gasoline was cheap and freely obtainable.  We worried little about pollution, other than "smog" in Los Angeles.  Global warming wasn't a thing.  Gas mileage wasn't much touted in the car brochures.  But during my driving lifetime, gasoline has always been this crisis fuel - we have been treated to yearly stories about the price going up, or shortages occurring, or whatever.  And like clockwork, they trot out some Bubba at the gas pump, with his monster truck parked nearby, moaning about the high cost of gasoline.  It seems people never learn, do they?

Back when gas was 35 cents a gallon and television commercials were a minute long.

But the human obsession with gas prices goes back further than that.  You may not recall, but back in the 1950's and 1960's, competing gas stations would have "gasoline wars" where stations across the street from one another would lower their prices, a penny at a time, until they were selling gasoline for below cost.  Motorists would do a U-turn in heavy traffic just to go to the station the price a penny less.  And when they couldn't compete on price, they would compete on services - or giveaways.  In the old days, a team of youngsters would run out to service your car - pump the gas, check the oil, top off the radiator, check your tire pressures, clean your windshield - the works.  And if you "fill 'er up!" you got a free drinking glass or piece of dishware.  Collect the whole set!

So my take on it?  Well, we travel a lot - towing a trailer.  Where we get gas is often determined by which station is the easiest to get in and out of.  Plus, we try to avoid the "meth head" gas stations that look run down and have homeless drug addicts loitering about.   Often the easiest places to get in and out of - the gasaterias - are also the cleanest and best run and have the lowest gas prices, or at least prices that are competitive.  Do we sign up for the "rewards" thing?  Well, sure, but the most I've ever gotten out of Flying J is 3 cents off a gallon and a free cup of coffee now and again.  At least there, you get three cents off, plus any rewards your credit card offers.  And yea, we have a Circle K card if only because of where we live.  But if I am off the island, I don't wait to come back here to buy gas, just to use the card.

As the math above illustrates, you really don't save much with these gas deals.  People complain about being broke all the time, as they text me while idling at the drive-through at McDonald's - spending $7.99 or more on breakfast.  But hey, they saved $1.50 on their last fillup!  Why aren't they rich yet?

And the answer is, these "savings" are mere gimmicks - like the free dishes they used to give away back in the 1960's (I grew up eating off such a set!).  The gas stations do this because they have to - the guy across the street is doing it.  And people obsess about gas prices as if it was the biggest expense in their life (God forbid they slow down, anticipate stops, or buy a more fuel-efficient vehicle!).  People are irrational, that's for sure.

They throw pennies at us, hoping we spent dollars.  And it works.  Joe Blow will obsess about the price of gas while letting money flow through holes in his wallet.  The only upside to American's obsession with gas prices is that it does keep prices somewhat competitive - you need not "shop around" on gas prices, as they are all pretty much the same, thanks to your irrational neighbors!