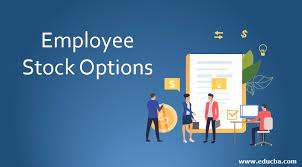 Have stock options caused the current level of unrest in America?

Back when I was a kid, my Dad ran a factory that made truck clutches.  He didn't own the factory, he was just a hired manager.  He got a salary and a company car and that was it - no stock options or ownership stake.  The place eventually went out of business, shortly after he retired. The machinery was all from WWII and the factory was small and outdated and their market share was tiny.  During the recession of 1980, the company was pretty much wiped out.

Funny thing, I recall they had a strike there once, and I asked my Dad why they couldn't just fire the workers and hire new ones (I was 12 at the time).  He replied that was against the law (at the time) so he had to negotiate with the union.  Well, all that has changed, as illustrated by the recent strike at Kellogg's - they fired the whole lot and replaced them!  Now you know why unions were in decline.

I digress, but not by much.

Back when I thought I was a hot-shot patent lawyer and flew out to Silicon Valley every month (when Silicon Valley made silicon and not bullshit apps) the concept of the "employee stock option" was just starting to become a big deal.  Startup companies had no money to pay employees, so they paid them very little and offered them stock options.  The idea was, when the company "hit it big" the stock would be worth a lot of money and everyone could cash in.

It was a flawed plan.  The very rich got richer, the poor got poorer.  Why was this and how was this?

Well, to begin with, generous stock options were offered to the executives of the company, to incentivize them to maximize stock price.  The people offering these options were board members who owned huge chunks of stock (by dint of founding the company - they didn't pay much for their shares, hell no!).  If the CEO could jigger up the stock price, he'd make millions.  The real owners of the company, who held more than half the outstanding shares (often 3/4 or more) made billions.

And that, in short, is how we got here today.  CEO's (and COO's and whatnot) are motivated to bring up the stock price using any means available, legal or illegal.  Some companies, like this Theranos, for example, may have been little more than stock fraud from the get-go (a high school aged girl invents a radically new blood testing machine?  That could happen!).  Even if it wasn't a fraud from the get-go, the insiders hyped the product and made a lot of money as the plebes drove up the stock price, even as they knew the machine didn't work.  Of course, the jury is still out on that (literally) and it remains to be seen if anyone gets punished for this.  These complex white-collar crimes are hard to prosecute - jurors are not sophisticated enough to wade through the evidence in many cases, and even when convicted, the punishments are a slap on the wrist.

So stock options created this new generation of billionaires by incentivizing managers to hype the share price, even at the expense of the long-term survival of the company.  Or it incentivizes managers to screw employees out of every last cent or work them like dogs, or fire them if they go out on strike - whatever it takes to increase profit margins and bring up the share price so they can cash in. Make people pee in a bottle, if it increased productivity incrementally and profitability as a consequence.  Employee stock options are driving the new cruelty.

Employee stock options are why we have CEOs making tens of millions of dollars a year, while their lowest-paid employees barely make minimum wage.  Employee stock options are why American companies pay their CEOs double, triple, or even ten times as much as CEOs in Europe are paid.  When Mercedes took over the failing Chrysler corporation, the CEOs of profitable Mercedes were shocked to learn their American counterparts (who were losing money) were making more than twice as much as they were!  No wonder Mercedes sold out!

All this talk of "income inequality" could arguably be traced back to employee stock options. They jack the compensation for executives through the roof, and make founders into the richest people on the planet. They create sweatshop conditions for workers.  My Dad, (who received a flat salary) didn't get a bonus for screwing his own employees out of every last cent (or talking up the share price on CNBC).

But what about the little people?  A rising tide raises all boats, right?  Don't those folks who worked for peanuts coding for WILLGROWCO end up as Silicon Valley millionaires with their stock options?  Well, Yes and No.  A few do cash in, if their company is wildly successful - and the press is sure to profile them a lot to create this image.  But even for them, there are caveats - their options are often limited and they cannot cash in until a waiting period after the IPO is over.  And often the higher-ups are not so limited.  So WILLGROWCO drops an IPO and Joe Gotrocks, the founder, as well as the executives of the company, cash in a boatload of shares when the share price doubles after the IPO.  After the lockdown period, the share price has dropped and the ordinary employees can then cash in.  They still make a bit, but not as much as their bosses. They feast off the table scraps.

They're the lucky ones.  I saw firsthand how stock options can be a sad joke to others.  You work for a startup coding their new app, for starvation wages (good thing your wife has a job!) and hope to hit it big when the IPO drops and you can exercise your stock options.  Or maybe you go to work for a company that is already listed, and part of your compensation is in stock options.  I've seen it both ways.  You can get screwed seven ways from Sunday.

First, you have to be vested.  If you are not there long enough to vest your stock options, well, too bad for you.  And like with so many other "vested" benefits, management finds a way to fire people days before they are vested.  It is like going to work for Amazon, which promises a "Christmas Bonus" if you stay there until the end of the year.  They fire you on December 29th.  No one ever gets the bonus - that's how the game is played.

For startups, you have to hope the product is successful.  And let's face it, for every successful startup these days, there are four or five or ten that flop. So you sacrifice for years getting this product to launch and it flops - through no fault of your own. The market just rejected it. It wasn't that great an idea.  A recession struck just as the product was launched. There were defects in the product that were not your fault - whatever. For whatever reason, the IPO maybe never drops, or if it does, drops like a lead balloon.  All that work for literally nothing.

Meanwhile, you boss still takes home a hefty salary (even without stock options) and the founders simply move on to funding "The Next Big Thing!" - Part II.

For the average salaried employee, the stock option isn't such a great deal - it is akin to offering lottery tickets as a form of pay - sure, maybe one-in-a-billion win big, but the rest lose it all.  And I've met engineers and software developers who have been through this more than once - giving their all for a startup, hoping to "win big" but ending up with nothing.  And they go back to the well again and again, hoping "this time for sure!"  The dream of riches in Silicon Valley runs deep.

Funny thing, though, if they just worked for a decent salary (which is well into the six figures for engineers and software developers) they could accumulate millions in wealth over time, if they put their mind to it.  And traditionally, that is how people were paid - for their labor, not by the success of the company.  Because you can labor as hard as you can and have all the talent and great ideas in the world, and the company can still fail or the stock price tank for reasons outside of your control (but not outside the control of the CEO, however).

Employee stock options are a cruel joke for the ordinary employee.  They offer this dream of riches which may or may not pan out - in most cases, it doesn't pan out. And even if it does it doesn't amount to much, in many cases.  But for the higher-ups, it really is a dream of real riches - tens if not hundreds of millions of dollars for executives, billions for founders and investors.

There is one other victim of the employee stock option, and that is the retail investor.  These are the chumps like you and me (well, not me, anymore) who read about a company online or see something on television - usually the CEO talking up the company on a financial channel.  We get all excited about the IPO because they hype the crap out of it in a "roadshow" and the financial channels breathlessly report on it for months on end - their executives have options to buy the stock at the IPO price.

So we little people pay $500 and buy IPO shares in something stupid like Zipcar or Groupon.  Well, maybe you did, I was already jaded by the whole deal by the time that crap came out.   And the stock is going places, too - right into the toilet!  So many of these IPOs are for half-baked ideas or for stupid things like delivering food.  Hey, that's "technology" - right?

So you have a perfect system to vacuum up money from millions of people and then hand it to a few hundred or a few thousand at best.

NEXT UP:  Convince the younger generation that the "gig economy" and living in van isn't being homeless, it's a fabulous lifestyle choice!

When did we decide to become a third-world country?

UPDATE:  Someone posted online (and then deleted!) a nice explanation of how stock buybacks (which I wrote about before, twice, well, three times). are also used in conjunction with ESO's to create wealth for the majority owners and CEO's.   Your stock option is vested in April, let's say.  You do a stock buyback starting in February.  By April, the stock has "bounced" because you used company money to prop up the stock price.  Cash in.  Wash. Rinse. Repeat!