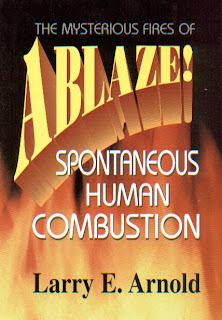 Para-Science is used to sell books, seminars, or investment scams.   What is puzzling about this phenomenon is why some people are obsessed with following Para-Science, almost as a religion.  I believe it is just a matter of weak minds trying to drown out the deafening silence in their lives.


A Vegan friend of mine likes to drone on about how milk and dairy products are bad for you, as the human body wasn't "designed" to digest milk.  This is a neat argument, as there is no citation to any science behind it, and it validates their lifestyle choice.  It is made as a statement that cannot be refuted, putting the onus on the opponent to disprove the argument.  Para-Science at its best.

But of course, the human body wasn't "designed" - unless you are particularly stupid and believe in "Intelligent Design" theology.  But even then, if you buy into that, then God designed the cows, too, and in the Bible told us to take dominion over them.  But getting back to real Science, the human body has evolved over millions of years to digest a whole host of food products.  We are omnivores, not carnivores or herbivores.  We can eat just about anything, even Oysters.  And milk is good for you, as is cheese - in proper portions, of course.

But the rantings of Vegans (who tout their lifestyle as "healthy" even as they all look a little sickly) are not the point of this post.  Increasingly, Para-Science is taking over our society, or at least the media.  And you see this increasingly, and to me it is a sign of the decline of our society, as we substitute superstition and religion for the Scientific process.

I wrote before about the Howard Johnson Motor.  It was one of a string of "perpetual motion machines" that have been touted since time began.  And in Para-Science tradition, the people pushing these things claim that the onus is on the rest of us to prove they don't work, rather than on the inventor to prove that they do.

And of course, when they are proven to be hoaxes or cons, even that evidence is swept under the rug, with the reasoning, of course, that the oil companies fabricated it to "suppress the technology".   It is like trying to argue with someone who believes in Space Aliens or Ghosts - no matter what you say, they have a "yea, but...." argument, and they completely ignore the basic proposition that the burden is on THEM to prove these things exist, not on society at large to prove they don't.

Para-Science freaks like to use the phrase, "Well, anything is possible, after all the Universe is vast...." as if that proved that Sasquatch existed, by default.  Since, in an infinite universe, the probability that the Loch Ness Monster exists is greater than 0.0, therefore it must exist, after all.  The ball is in your court, world!  Prove I'm wrong!

But this is a perverse reversal of the Scientific Method.  In real science, we accumulate data through testing and observation, and then come up with a theory to fit that data (and not vice-versa, like in politics).  If further testing shows the theory flawed, we revise the theory or throw it out.  And such theories are published, in peer-review journals, where they are subject to scrutiny and further testing, and thus can be shown to be wrong, or validated as possibly right (a theory is never proven right, just possible, but its nature).

But in Para-Science, peer review is avoided.  Data and theories are published in press releases or in non-scientific or quasi-scientific journals.   No critical evaluation or analysis is allowed, and any that gets through is denounced as propaganda for the oil companies, the government, or anyone else trying to suppress the "truth" about 9/11 or whatever.

It is a waste of time trying to argue with such folks, as their minds are made up and they tailor the data (which often is made up from whole cloth) to fit the preordained conclusion.  So their theories about the Kennedy Assassination or whatever, are set in stone, and their minds are made of a similar material.

And this is sad, and also illustrates why our country is falling behind in real Science - it is far easier to believe in bullshit, as it doesn't require four semesters of Calculus, Differential Equations, Electromagnetics, or Thermodynamics.  Besides, Nazi Alien Antigravity is so much more fun!  Although you can't get college credit for it, except perhaps at Syracuse University.

What is puzzling about para-science is not the people who promote it - who are often doing so to sell a book, an investment scheme, or a ghost-hunting kit - but rather the people who obsessively follow it.  What does it profit a man to obsess about Area 57 or a perpetual motion machine?  It adds nothing to your own bottom line, and arguably detracts, as rational people will correctly perceive you are off your rocker - which can cost you a job, friendships, and relationships.   No one wants to marry a conspiracy nut, and I highly recommend you avoid them as friends, spouses, and employees or employers.

The answer, of course, is that people like to drown out the deafening silence in their lives - and forget about how pathetically unimportant our own existence on this planet is.  We are all, for the most part, forgettable people who will do little of significance that will even merit a Wikipedia entry, once we are gone.

Buying into conspiracy theories or Para-Science, on the other hand, is way of pretending you are part of something more important in the world.  A chance to be in on the secrets of those in-the-know!  And so people do this, to feel significant, just as lonely old Gay men build a shrine to Cher in their basements.  It helps to avoid thinking about our own insignificance and impending death.

For me, however, living in reality is far better than pretending to believe in things that are impossible.  I do not need distractions to drown out the silence in my life.  I am comfortable that my stay on this planet will not generate any Earth-shattering changes or leave a mark for Centuries to come.  And I am not afraid of death, but, as Woody Allen said, would not like to be there when it happens.
Newer Post Older Post Home