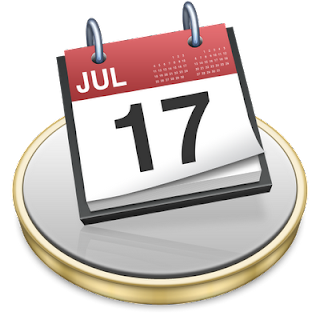 Suppose you could know the exact date you are going to die.  Would you live your life differently if you knew?  In a way, you already know, so why not act on this information?

In one of Robert Heinlein's early science-fiction stories, Life-Line, he tells the story of a Dr. Pinero, who invents a machine that can tell a person their exact date of death, down to the minute.  In that story, Dr. Pinero ends up predicting his own death, which occurs after an angry mob storms his offices and smashes his machine.
Would you want to know when you are going to die?  And how would it affect how you live?
In a way, you already know when you are going to die, although most people try to avoid thinking about this.   When it comes to numbers, most people are idiots.  For example, when I ask someone what the price of something was, they say, "Well, I don't remember, exactly!"

"OK," I reply, "Was it more than a dollar?"
"Well, yea, of course it was!" they say.
"Was it less than a million dollars?"
"Well, Duh!" they reply.
"Well, we've narrowed down considerably from infinity, let's see if we can narrow it further."

And so on - we can narrow down the range until, voila! the person who claims they "can't remember" the price of an item, can give you the actual price within a fairly accurate range.
We are taught in school that numbers have to be exact or they have no meaning - and giving a wrong answer is worse than no answer at all.  But in real life, it doesn't work that way, and being able to estimate things and use ballpark figures is a sign that you are mathematically literate.  People who need exact numbers in order to think, just don't understand mathematics.
While I have digressed here, it illustrates that your life expectancy is indeed a finite number - it is not infinity, unless you are Lazarus Long.   The oldest person living in the USA (at the time of this writing) lives in Georgia, and is 116 years old.  You will not likely live that long.  Factor in things like your body weight, habits (smoking, drinking, etc.) existing health conditions, as well as family history of heart disease, cancer, and how long your relatives lived, you can get a pretty good idea of how much time you have here on planet Earth.  In the USA, this is about 75 years on average.
And how old you are factors in as well.  If you are 75, the odds of reaching 80 improve dramatically.  So, don't assume that since you are 75 and have lived an average lifespan, you are going to die next year.  Each day you live longer, improves the odds of living the next day.  It is weird like that.
So, we all have an idea that we have mortality.  And if we were to die tomorrow, or next month, surely we would "live for today" and have a good time - right?   On the other hand, if we were to live until age 90, we would want to plan carefully for our lifespan, to insure that we had enough money to last us the rest of our lives - right?
And here's the kicker - and the point of this posting - Americans do neither.
Americans are accused of "living for today" too much, in that they spend all their money and save little or nothing.  But this is not really true.  Americans spend all their money on crap - like smart phones and cable Television - and then borrow more so they can have a shiny car.  They are not "living for today" but rather squandering what little precious time they have on the planet, on stupid things like television shows and "apps" on their iPhones.
Trust me when I say that if you were given three months to live, you would not spend it catching up on Reality TV shows.
Your average American, therefore, goes off to work every day to "pay the bills" on crap they don't really need and doesn't really add to their life.  They harbor vague hopes of "someday" paying it all off and living a life of ease and relaxation.  But of course, that never happens - they lurch from one bad buying decision to another, going further and further into debt, and never really experiencing the now in their lives.  They live for tomorrow, without planning for it.
And when tomorrow comes, they have no savings to speak of, and a mountain of debt still to pay off.  And they wonder why, during all this time, there was no time for them in their lives.  It was all spent at work, laboring like a slave for someone else, so they could pay off debts to finance companies and banks.  They got two days off a week to do laundry and vacuum the house, and two weeks off a year to "vacation" - which usually involved spending more money.  This is the sum and substance of a human life?
Your life is finite, and it is slipping away, if you are on the debt treadmill or hamster wheel.   If you complain about living "paycheck to paycheck" and at the same time, have a cable TV bill and car payments, you need to take a good look in the mirror.  Because the values you are investing in (or borrowing to buy) are false and phoney.   You are trading life for a series of payments, and frittering away the precious few hours you have, watching Storage Wars.
And these are choices you make not obligations or a predetermined lifestyle.
It is possible to both live for today and to plan for tomorrow.  But it takes a radical re-evaluation of how you choose to live.
Turning off the television, and then throwing it away, is a good start.
Newer Post Older Post Home