Can You Live on the Median Income? Well, Duh! 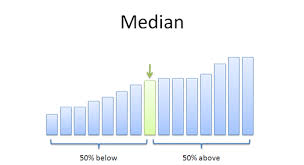 
On MSNBC back in 2011 was a series of articles chronicling how the unfortunate "little people" in America are struggling to get by on "only" $50,000 a year.   It was one of those whiny series where they made it out like someone living on $50,000 a year had to resort to home-dentistry to get by.   It was an odd idea for a series, as $50,000 is the median income in America, which means that half of us are living on that or less, every day.

So yea, it is possible to live on $50,000 a year - people do it all the time.  But the media is run by and hires people who live in major metropolitan areas.  And they are all very highly paid, even on NPR, where executives rake in millions every year - and even reporters take in hundreds of thousands of dollars.

And of course, these sorts of folks spend even more - on fancy cars, houses in Herndon or Larchmont, and iPhones, private schools, and child support payments, and they wonder, how could anyone possibly live on less than $100,000 a year?  After all, their Starbucks bill is more than that!

But of course, the problem is, the media has a skewed view of reality, as the people running it are all from the upper classes.  So they look in horror at the idea of making "only" $50,000 a year as if it was some starvation salary.

But of course, of you are careful with money and don't fall into the trap of buying everything that the media touts (the folks ON TeeVee can afford this, you and I can't!) then yea, you can live quite comfortably on $50,000 or less.

Yes, there is a remarkable spread between the hyper-rich, making millions of dollars a year, and the super-poor, scraping by on assistance.  But the interesting thing is, the spread between the top 90% or so and the median is only about 2x or 3x income.

And the difference between making $50,000 a year and $100,000 a year, while it may seem large to the guy making $50,000 a year, isn't as great as you'd think.   To begin with, that 25% bracket kicks in for household income over $70,700.  And of course, the higher earner usually squanders his advantage by spending more.  So all that excess income gets sucked up into consumer goods and luxury cars in short order.  Both the $50,000 a year person and the $100,000 a year person can claim they are living "paycheck to paycheck" - the latter, however, does it mostly as a matter of choice, not necessity.

From the point of view of the media, however, we are all just poor white trash.  Remember that, whenever you watch television.  Everyone you see on the TeeVee is making far and above the average income in America.  And yet they tout, as normative cues, all sorts of poor spending habits.

I mentioned this before, once, how in the movies and on TeeVee, that they depict us "little people" as living fantastic lives.  In a spy thriller, some GS-7 Secretary is shown living in a fabulous Georgetown row house, for example.  This is, of course, laughable, as even the Kennedy's can't afford these anymore.  But to a movie producer or a Television presenter, well, this would seem to be the norm.  Doesn't everyone live as they do?

The long and the short of it is this:  You have to live on the income you earn.  You can protest Wall Street and the 99% whatever, but in the next six months, unless you win the lottery, your income will likely remain about the same.  In fact, for your lifetime, your income potential is pretty well established by your educational level and career choices.  Get used to living on your income, rather than railing about the unfairness of it all.

And if you stop and think about it, we have very good incomes in this country - and goods are very attractively priced.  If you doubt this, spend a few weeks in Canada - where goods are all 50% higher in price, and people's expectations are far lower.  Canada is a fine place and all, but even Canadians cross the border to get the bargains in the USA.

The secret, of course is not necessarily living on Raman noodles and recycling pocket lint, but to carefully choose what you want to spend your money on, rather than trying to "have it all".  And the things most people spend money on, are really rather foolish and unnecessary - and often detract from their lives rather than add to it.

Cable TeeVee sounds cheap at "only" $100 a month, but over time, it adds up to a ton of money.  Worse yet, it programs your brain to want more and more consumer goods, and turns you into a fat turd of a human being who spends 8 hours a day on the couch.  Doing without this "necessity" not only saves you money - it makes your life better.

Similarly, obsessively yakking on cell phones or obsessively texting on them isn't enhancing anyone's life.  But it is costing you real money and it will cause you to wreck your car.

The list goes on and on.  A lot of the things we think we "need" we not only don't "need" but in fact are killing us, slowly, over time.  Walking away from these things is not privation, but rather an enhancement.