Doubling Down the Bet.... 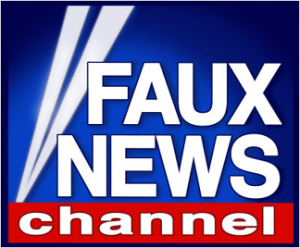 The GOP and the far right are doubling down their bet, instead of learning from their losses.

If you ever go to Vegas and gamble in the Casinos, you will likely lose and lose big time.  Most folks do.  You can take away two lessons from this.  One is right and one is wrong.

The first, and correct lesson is that gambling is a bad idea and that maybe you should find another source of recreation.  Not many folks figure this out, and instead try a second approach.

The second approach is to think, "Gee, maybe I'm just not gambling enough and if I gamble more, I just might win!"

The GOP seems to be taking this second approach, and Fox News, the trumpet of the far-right, is blaring this new "talking point" across the airwaves.   And I know this, as these "original thoughts" show up in my comments section (and are promptly deleted).  People are idiots, look around you.

My question to you, dear reader, do you really feel "smart" when you barf up, word for word, some Rodger Ailes talking points?

The narrative they are selling is dangerous, as if you truly believe this nonsense, the only alternative at this point is not electoral politics, but outright civil war.

According to the GOP, they did not lose the election because their ideas were stale, their candidate was uninspiring, or that he had a track record as an odious vulture capitalist (according to Newt Gingrich, who produced the video, When Mitt Romney Came to Town - so please, no "left-wing propaganda crap" OK?  Newt doesn't traffic in that!).

No, according to the GOP, the problem was the voters.  You see, Mitt was right about that 47% comment.  We are all just a bunch of parasites suckling off the government teat, and we will always vote for Democrats and nuthin' can be done about it.

And of course, part of this problem is that those African Americans are rocketing up in numbers, as well as those Latinos.  Us white folks are only 70% of the population!  How could we possibly win a majority?   Clearly, the Latinos are "taking over" with 17% of the population and the blacks with, what, 13%?  All I can say is, watch out for those Eskimos!  They'll sneak up and club you like a baby seal!

The problem with these arguments are twofold.  First, they are wrong - flat-out wrong.  Second, they are incredibly dangerous, as they come with the implication that voting simply won't work anymore and it is time to move to plan B - killing people.

Let's address the first one.   I voted for Obama.  I don't collect food stamps, welfare, social security, medicare or medicaid, aid to dependent children, a home mortgage interest deduction, or even a brick of gub-ment chee.   I got nuthin!

Well, except that I get all the stuff that everyone in this county gets by default.  You know, the Eisenhower Interstate Highway System, the Internet, the Department of Defense, NOAA weather radio.  A Coast Guard that calls me on channel 16 when my boat was sinking.  Airports that I can fly from - even in my own plane.   You know, all that "infrastructure" stuff - that we need.

And yea, part of this includes not letting my neighbors starve to death, just because they made foolish choices in life.   And no, they are hardly getting "rich" off welfare or social security or medicare or medicaid.  No one is.

And speaking of Social Security, giving a speech in Florida of all places, calling people on Social Security "parasites" is really just a bad strategy.  I mean, how do you expect that comment to win voters in the Villages (other than to hope they are dense enough to think you were talking about someone else and not them!)

So this idea that "the only people who voted for Obama were on welfare" is idiotic.   A lot of people simply don't think that draconian cuts in non-military spending, accompanied by tax cuts for the wealthy is the way to go.

And, by the way, you can argue all day long about how the Bush era tax cuts were "not a tax cut for the very rich", and you will still be wrong.  You see, I went to Law School and took tax law.  I went to Engineering School and know how to use a calculator.  You can't bullshit me on this, so please take it somewhere else.  You got to Law School, get an "A" in tax law, and come to me with a logical argument - and not a Fox News Talking Point - and we'll talk.  Until then, shut up.

You see, there are a lot of smart people in this country who can't be snowballed by appeals to bigotry, fundamentalist religious values, or outright lies (like Jeeps in China, sheesh!).   Sorry, but if you want to reach the intelligent voter, you have to make intelligent arguments, not stupid bullshit.

And the only argument the GOP made was that being intelligent, in and of itself, was somehow suspect.  So we have candidates who say that Creationism is "Science" and that Rape is "God's Will" and other outright ignorant crap.  And while a lot of people believe shit like that, not everyone does.  In fact, only a tiny minority do.

So, you would think the GOP would lick its wounds and say, "Gee, maybe we really should become the party of fiscal responsibility instead of  just the lackeys of casino owners, the payday loan operators, and the Wall Street manipulators?  Maybe people would buy into real financial reform instead of just looting the Treasury?  And maybe - just maybe - we need to stop "dumbing down" our message to go after the lowest common denominator.   You know, that "self-deportation" crap really didn't sell well with the Hispanics!"

And that leads to the second problem - the danger in this message.  If the GOP really believes that there is no way to win an election anymore, because the voters are just wrong then there is no point in their pursuing elections as a means of taking power.   The message that the majority is wrong is a declaration of war on the majority.

And I suspect you will see this sort of message encourage violence among the fringe of the GOP in the coming months.  The Gabrielle Giffords shooting was not an anomaly.  Disturbed young men who obsess about politics need only be pointed in the right direction and given a little push, to set them off.

And this is a sad thing, for the Republican Party.  The "Grand Old Party" needs to re-think its strategy.  The USA is not a country of fundamentalist Christians, gun nuts and abortion opponents.  These represent a minority of opinion in the USA.  The "Silent Majority" - to coin a phrase - doesn't have Nancy Pelosi vile-hatred bumper-stickers on their car, nor do they listen to Rush Limbaugh for hours on end or fly the rebel flag from their pickup truck.  Yet this is their target voter - an extreme minority of the population, most of whom are not even registered to vote.

It is not very hard to figure out.  If the majority of people in the United States are looking for a more moderate candidate, then maybe you should field one.   When you cling to the very extremes, you don't get elected.

But that would be too "intellectual" wouldn't it?  Better to blame others for your problems than to look inwardly and see what you did wrong.

Ahhh... but that is one of the big points of this blog, isn't it?
Newer Post Older Post Home
View mobile version