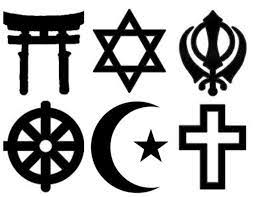 Save belief for the church.... and even then, remain skeptical.

Belief is an odd thing.  And I can understand how people might be drawn to a religion to answer the unanswerable questions in life - "Why are we here?", "What happens when you die?", "What is Consciousness?" -  that sort of thing.
But it mystifies me as to why folks rely on belief to answer questions like, "Which car gets the best gas mileage?" or "What should I invest in?" - that sort of thing.  Things that are best left to a calculator than to fervent belief.
For example, I posted a note about whether Diesel cars make sense.   After cranking some numbers, I came to the conclusion that no, they really don't.   The extra cost of the car, combined with the extra cost of the fuel, more than offsets the gas mileage advantage - if there even is one.
But the Diesel "faithful" would have none of that.  They believe in diesels as though it were a religion, and of course, cannot be dissuaded even by a numerical argument.
Similarly, you point out to Gold bugs that the run-up in Gold prices is pretty much done, and buying gold at this point is pretty dumb - it has nowhere to go but down, when it is being mined for $500 an ounce or less - often far less.  "No, no!" they cry, "Gold will always be worth a lot and will just keep going up in price!"
But having lived more than a decade on this planet, I remember similar words, in fact from about 8 years ago, when people tried to convince me of the same thing with regard to Real Estate.  Talk about raging true believers!   And again, I heard the same mantra in 1989, again with regard to Real Estate.  And I heard it in 1995 with regard to "dot com" stocks (and again in 2012 with Facebook).
And of course, I heard it all in 1980 - with regard to the price of Gold.   And yes, friends of mine bought "Gold Kruggrands" from South Africa back then.  The price tanked and stayed tanked until 2005.
"But this time, it's different!" the Raging True Believers say.
Um, again, I heard that in 2007, 1989, 1995, and in 1980.   The believers always say that "it's different this time" and then make a lot of vague noises.
Why do people substitute belief for logic in areas of their lives where belief has no business?   Many are just stupid, and don't understand the difference between the two. There is a fellow in Florida, who preaches "prosperity theology" and says you can pray your way to success. Many evangelical Christians on the radio do this as well - telling listeners that God is like Santa, and if they just tithe enough, he will pay off their Visa bill.
But if you have read this far, then you aren't that stupid, or at least I hope you aren't.   We can't help the truly stupid, but we can help ourselves.
So why do otherwise smart people do this?  Why did Chelsea Clinton's Father-in-law buy into a Nigerian Scam?
Because we, as human beings, like to be told what we want to hear.   And what we want to hear is this:

1.  Our misfortunes are not our fault.
2.  You can make money without work or risk.
3.  You look good in that hat.
4.  Have you lost weight?
5.  There are simple secrets or tricks to life, and once you know them, you are set!
6.  But for the actions of others, you would be wildly successful.

The list goes on and on.  The common denominator is weak thinking and externalizing.
You really want to know the inside secret to getting ahead in life?  Really?  Well, it is hidden in those six statements listed above.   Actually it is not hidden, but in plain sight.
And I'll give you a clue:  P.T. Barnum understood how it worked.
Yup, all you need to do, in order to be wildly successful, is exploit other people based on their inner need to be told what they want to hear.  There is a sucker born every minute, and you will never go broke, underestimating the taste and gullibility of the American Public.
But of course, perhaps profiting from the weakness of others makes you queasy and disgusted. If so, good.  Congratulations, you have a soul.
You realize, of course, that many others do not, including a certain Mormon with a shit-eating grin.  Folks like that are happy to exploit and ruin others for fun and profit.  And it doesn't bother them at all - and they may even self-justify their actions as "creating jobs" even as they lay people off and crush their retirement plans - and the plans of many others.
You can still succeed in life without having to sell your soul to Satan.   In fact, you can do quite well, working hard and providing value for your labor.  The trick is to take what you have earned and save it, so you accumulate wealth, not dissipate it.
And to do this, you just need to not be a Raging True Believer and think that spending money is going to make you happy, because the TeeVee said it would.
In other words, to get ahead, you don't have to victimize others but rather just stop being a victim yourself.
And if you think about that last sentence, it illustrates how con artists prey up their victims.   Most victims believe that the system is rigged, and that the only way to "get ahead" in the world is to rig the system.   These are the folks who regale you for hours about how rotten everything is and how the system is rigged in favor of the big banks, the government, the minorities, or the "Wall Street Fat Cats."
So, as a con-man, when you tell a loser like this that you have an inside "trick" on how to game the system, well, he believes!  Of course he believes - he is a Raging True Believer!
Save belief for Sunday at Church.  And even then, you should be skeptical, particularly when the pastor asks you to take out your wallet.
(Why do I say this?  There are hundreds, if not thousands of religions on this planet, each claiming to be the "one true religion".  Clearly one or more of them are wrong.   You need to contend with the possibility that it might be yours that is wrong).
For other areas of your life, use logic.   Do this, and you will do well.
Newer Post Older Post Home
View mobile version