What You Do is More Important Than How Much You Spend 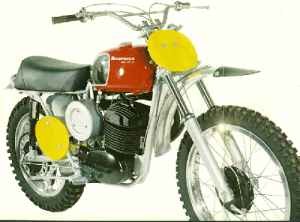 It may not be as fast as the latest Yamahas, but my friend kicked the ass of those rich kids, riding his battered old Husky....

I recounted two stories earlier that I think are instructive.  In both cases, young men I knew took up a hobby, and had little money to spend on it.  But they had talent and skill, and had a lot of fun and did well, despite their lack of cash.

One fellow was a dirt bike racer.  He had a battered old Husqvarna motorcycle, which he had rebuilt from the crankshaft up.  We would go do the races with his bike stuffed in the back of my old Chevy van, while other kids showed up with huge trailers with their names and racing numbers emblazoned on the side.  These rich kids would open up their trailers to reveal shiny new Yamaha motorcycles and complete shops with tools.   They had matching jerseys and helmets and all the bling.  And it was pretty intimidating.

But nevertheless, my friend kicked their ass on the track, day-in and day-out, until he accumulated so many points in the amateur class that they booted him out.  And with all the injuries he had at that point, at age 25, he probably should have quit.  But instead, he borrowed money to buy a shiny new Yahama and a trailer to carry it in, and tried to go to "the next level" and got his ass handed to him by factory-sponsored teams.

Another friend of mine liked to water-ski.  He had little money to spend on such a recreation, so he bought an old Glastron boat that had been on fire, and cut off the transom, which had melted, and fiberglassed in a new one.  He rebuilt an old six-cylinder Mercury and bolted that on the back.  It went like stink, and made a good, inexpensive ski boat that he could tow behind his Toyota.

And he skied every chanced he had.  Nearly every weekend, he was out at the lake, water-skiing.   Then his Dad died, and he inherited a small amount of money - about $25,000.  He bought a new metalflake ski boat and a Corvette to tow it with.   And the funny thing was, he stopped water skiing as he was afraid to let someone drive his fancy new boat, for fear it would get scratched or dented.

Both stories are illustrative, as they are examples of taking a hobby too far.  They also illustrate how spending more money on something doesn't necessarily increase your enjoyment proportionally.  There is a law of diminishing returns in any endeavor.  The more you spend does not produce a linear amount of increased satisfaction.   Ask any BMW owner if they are twice as happy with their car as a Toyota owner, who spend half as much.  The answer, of course, is "No".

As I noted in an earlier posting, you can make a lot of money, if you run a vacation resort, if you reduce the resort experience to a series of financial transactions - as the cruise business has done.    People will think that you really can't be having fun, unless you are spending money.  And they will spend, spend, spend, trying to make themselves happy.

And these experiences are like a well-worn path, designed to manipulate you.  The auto parts catalog shows you all the neat stuff you can buy, and if you read it, pretty soon, you think that buying this stuff is a good idea.  The health club has a display of all the gear, from exercise suits to weight bottles to sneakers and whatever, that a well kitted-out exerciser should have.  And pretty soon, aided and abetted by the normative cues you get from the other people in the gym, you buy this stuff, too.

Of course, the guy with the rippling abs could show up in a torn t-shirt and still look good.  And maybe that is why we buy this crap - to overcompensate for our lack of ability or experience in a field.

But there is, of course, another way.   Rather than riding a stairmaster and paying money to do it, you could just climb stairs.  Rather than walking a treadmill, you could just, well, walk.   You don't need the Lance Armstrong jersey to ride a bike.  And no, buying all the crap in the car catalog won't make your car a race car, or you Mario Andretti.

You can go on a cruise and have them whisk you to a tropical beach, or you could just drive to the beach, which is often free.   And the beers in your cooler are not $10 plus tip, either.  We realized this the other day, on the beach at the Sanibel Island causeway.  You can park right on the beach, spend the day there, and put out your chairs and table and just relax - all for the fraction of the price of a cruise.  Why pay $2000 for something that costs, at most, $100?

But it is hard to get out of the mindset that you need to be constantly spending money to have fun or to be "doing something".   Having this constant "burn rate" on your capital is a sure way to go broke over time.

The best things in life are free - or at least somewhat inexpensive.