One-Sided Stories and the Internet 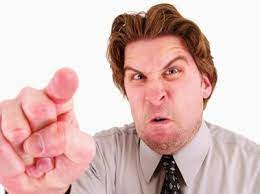 People like to react to one-sided stories, even though it is easy to research on the Internet, why is this?


The news media likes to report a lot of "shocking" stories that are designed to pique your interest. Every day, there is some new outrage, it seems.  Another "unarmed black man" is gunned down by the fascist Police.   Some injustice is going on in some part of the country.   And people are quick to shake their heads in disbelief and pile on with some outraged sentiment.

But the funny thing is, you pick away at the edges of these stories, and you find something different.  It wasn't quite the way the media presented it.

The most obvious example of this, of course, is the Ferguson story.  Even though preliminary reports indicated that the suspect had lunged into the Police car to try to seize the officer's weapon, and then lunged at the Police after a brief chase, the narrative the media chose to tell was that of "witnesses" who came to the scene later on and then told reporters rumors they had heard.

Overnight, "Hands Up, Don't Shoot!" became the story, and when the Grand Jury - reading the actual witness testimony - decided that hey, the truth is, the guy didn't have his hands up, well, rioting ensued.  And after that, Police officers were actually assassinated on their beat.

Far too late, the Obama administration released a report that confirmed what the Police and the Grand Jury had already concluded - that the shooting was justified, and the narrative of an "unarmed black man gunned down by Police!" was a made-up media story.  Granted, this is not to say that the Ferguson Police department didn't have it share of issues, only that this particular shooting incident was not the raging injustice it was made out to be.

Even though the Obama administration has tried to tamp down these flames, many people today still refuse to believe the reality, but instead the media story.  And from the media's point of view, it was a good story - a story with "legs".   After all, it insured that people from all walks of life would watch the story, even when there was no story.   The week leading up to the Grand Jury decision was filled with speculation on every network - speculation on the verdict, speculation on the amount of rioting, and so forth.

And when rioting occurred, well, the media was having an orgasm.   Another story to cover!  And a story they largely created by hyping up the potential for riots, a week in advance.

William Randolph Hearst said it best:  "You give me the photos, I'll give you the war!"   The media has a terrible responsibility in reporting the news.   They can start a war (Iraq) or lose one (Vietnam).  They can cause a riot overnight, and often over nothing.   The media can lead the mob into doing just about anything.

Recently in Afghanistan, a woman was beaten and burned to death after it was rumored that she had set fire to a Koran.   We recoil in horror, of course, at such primitive behavior, and we congratulate ourselves that we are not such a primitive people to believe outlandish rumors and to engage in vigilante-type mob justice.   We are not like those primitive people!  Nosireee!

No, we are much more modern and sophisticated than that.   We have electronic mob justice in our country!   We have texts and tweets and 24 hour news media to spread rumors and assemble flash mobs.   We don't rely on old-fashioned word-of-mouth like they do in Afghanistan!    We are sophisticated Westerners!

The sad thing is, we have really little excuse for our behavior.   Nearly every American these days carries a smart phone - which has instant access to the largest database in the history of mankind.   People, when confronted with an "outrage!" story tend to bite on it and spread it further on social media.  No one bothers to Google the story first and see if there is "another side" to the story.

So, for example, the media reports that there are "dangerous levels of arsenic" in our wines!   People fly off the handle without bothering to check other sources.  And other sources note that these levels of arsenic, while higher than drinking water, are less than half the maximum allowed in Canada and 1/4 that allowed in Europe (the US has no arsenic standard for wine, only water).   Further, the person "peddling" the story is a guy running a chemical lab in Denver who is trying to sell arsenic certification services to the very wineries being sued.    Now you know the rest of the story(tm).

Turns out, if you use this newfangled "Google" thing, and read some other version of the story, that the reason she was put in a mental hospital was that she was freaking out when her BMW was towed away, and the Police thought she was behaving irrationally.   And of course, President Obama wasn't following her on Twitter.  He doesn't even have a twitter account.   Rather, the fundraising arm of his political PAC was sending her SPAM messages.

I get them all the time in my e-mail inbox.  They are addressed "Dear Robert..." and are "from" President Obama.  But I don't harbor any delusions that the President of the United States has sent me a personal message - but rather a 'bot has sent me SPAM.

In other cases, the other side of the story can't be told or isn't told by the media.   Someone goes on television and blathers on about an injustice being done to them, which is the source of a lawsuit.   The media asks the opponent in the suit for comment, and they wisely decline to comment on a lawsuit in the media.  So you get a one-sided story.   What you have to ask yourself is, what is the likely other side, and why is one side trying their case in the media instead of in court?

Even when there is no other side to be found online, you can kind of guess what the other side is.  This NPR story, for example, is entirely one-sided.  A former magazine "publisher" and "Golden Gloves" boxing contender trips while at work and she claims she can no longer walk because of a localized pain problem.  Of course the mean old insurance companies are to blame here, denying coverage after 17 years of treatment.   The other side of the story remains untold (which is typical of NPR).  I wonder what that other side could be?   It ain't hard to come up with some scenarios.

Once you hear the whole story, or think about the other side untold, suddenly it seems less outrageous.  But outrage sells and the media is in the business of generating clicks and capturing eyeballs.   And evenhanded stories, even "fair and balanced(tm)" are not going to get ratings or click-through revenue.   You need to outrage to get people's attention, it seems.

There is a bumper sticker you see in Ithaca that says, "If you're not outraged you're not paying attention!"  Sadly, I think the reverse is true.  If you are outraged all the time, you are just destroying, literally, your own life, to make your media masters happy.   If you really pay attention and do the research a lot of what you think is "outrage" is really just sort of ho-hum kind of stuff that is hyped by the media into the outrage du jour to get ratings.

The reality is this.   If you are reading this, you own or have access to a computer.  That immediately places you in the top 30% or so of the planet, in terms of wealth and income.   Chances are, you are well-fed, if not a bit overweight.  You have a place to live, some sort of job, likely a car (in a nation with more cars than people) and a number of electronic appliances in your home (microwave, television, refrigerator, maybe even a washer/dryer).

You are, in short, fat and happy, although the media wants to make sure you are not the latter.   They want you to be outraged, depressed, and a helpless victim of circumstance, even if the circumstance is that you don't have granite countertops or a BMW.

The reality is, you are among the luckiest people on the planet, and yet you are squandering most of this on these fake outrages, depression, and feeling sorry for yourself.   And it is a dead-end game, too.   No matter how much money you make in America (or how much you collect from the government) it is never enough, as there is always someone else who is better off, and that is, of course, another outrage.

Unplugging from the media is really important if you want to get ahead personally, emotionally, and financially.    If you simply don't watch the news for days on end, you will miss most of these "gripping stories" that are conveniently forgotten by the masses within one "news cycle" anyway.  And if you do hear about some raging outrage, think about it carefully and ask yourself whether there is another side to the story and Google it.