Telcoms and Cable Cos. 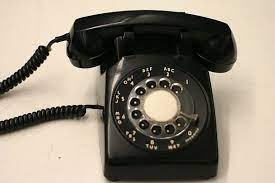 If you expect to get a "good deal" from the telephone company or the cable company, you are beyond all hope.

Over the years, I have had a chance to work with some major telephone and wireless companies, and some in the Cable business as well.   And while the cases I worked on were related to Patents, it was interesting to talk with the folks "inside" these businesses and see how they were run.

Most of you reading this blog weren't alive in the era before Cable Television - or the era when there was only ONE phone company, "Ma Bell".   The Bell system was named after Alexander Graham Bell, who is no relation of mine.   And in a way, the entire phone system in the USA is sort of predicated on a small fraud.

Yes, Alexander Graham Bell was the first to patent a telephone.  But the device he patented was nothing like the phones that eventually went into production.   He invented a form of voice powered telephone, that could transmit sound over wires, but only for short distances.  Edison and others invented the carbon microphone which later was used in telephony.  So Bell invented a phone, just not the phone we ended up using.

By the 1960's, everyone hated the phone company.  I recall a cold-war dark comedy at the time, where the real enemy was revealed to be, not the USSR, or the USA, but AT&T.  Having a monopoly on all phone service, the phone company "Ma Bell" didn't try too hard.

Things got worse when they broke up the phone company into "Baby Bells" and then decided that long distance should be opened up to competition.  Long distance prices dropped, but service providers started "slamming" their service onto people's lines.  And then these weird "add-on" phone services were started.

Wireless (cell phones) seemed like a way to get away from the hegemony of the land-line.  We all know how that worked out.  One wireless company executive explained to me how they used the "threshold of pain" theory in service and billing.   So long as only about half the customers were complaining, they knew they had lowered their monthly costs (and increased their poor service) to the limit.

Cable television got its start in the late 1960's when a guy in Pennsylvania put an antenna on a mountain top so he could get stations from Pittsburgh.  He neighbors asked if they could tap into his cable, and the cable TV industry was born.  He invented the temperature-compensated line amplifier, which was key to the success of cable.

A decade later and the cable companies were wiring the cities of America - where television reception was good.  A lot of folks thought it made no sense, but the Cable Companies knew that people would pay - and pay a lot - for television.

Today, most people alive have had cable or satellite television their entire lives - and cell phones, too.  'Twas not always thus!   And somehow we survived in that primitive era.

During a Patent dispute over set-top cable boxes, we tried to subpoena some executives who worked at cable companies during those early days.  Some were in jail.  Others were in the witness protection program.   There were a lot of shady operators in those early days, and this sort of mentality I think still pervades the business.  You are better off borrowing money from Tony Soprano.

In the 1990's, Congress passed a law mandating a "minimum cable service" for $25. The Cable companies hated this.   So, what they decided to do, was raise everyone's cable bill by $25 and call it a "government mandated fee increase" - this is how clever these bastards really are. You take a government regulation designed to decrease the cost of cable and instead, use it to jack prices by the same amount.   Yea, and it was legal, too.

These folks are pretty low.  Maybe not the lowest of the low, but pretty close.  And you get, all the time, the offers in the mail, with their come-on pricing and hidden fees, and default pricing that kicks in, once the "introductory" period has ended.  And if you read the fine print, you are locked into the contract for two, three, or four years. These are not nice people, and they have telegraphed this by how they structure their deals.

"The more complicated you can make any transaction, the easier it is to rip off the consumer" - and telcos, wireless companies, and cable and satellite companies know this all-too-well.

So what can you do?   You need  your cable television, right?  You need your cell phone, right?

Your only choice, as a consumer, is not to consume, period.

And that is what we have done.  We have internet service, which costs $47 $25 (2022) a month now.   There is little competition for this service (cable modem or Uverse) so they charge what the market will bear.  (UPDATE:  We have gone all-wireless with an Internet hotspot for $25 a month!).

But rather than have cable or a landline or a cell phone, we have a NetTalk VoIP line, which costs $30 a year.   And we have a GoPhone which costs $100 a year.   And we watch Netflix, which costs $7.99 a month.   And then there is free programming online, such as The Simpsons, South Park, and The Daily Show, which you can watch for free (and commercial-free, if you use AdBlock Plus) online. (UPDATE: Sadly, a lot of that content is now on pay channels).

The total cost of all of this is about $73 a month - or about 1/4 of what most Americans pay for Cable TV, a landline, their cell phones, and Internet service.   And while that might not seem like a lot of savings, it is enough to put a quarter-million dollars in your 401(k) by retirement.

Or you could watch nothing at all.   Television takes away, it does not add.  One online commentator said I had a "boring" life because I did not have television.   I felt sorry for him.   He believes that cable TV is the height of interesting things to do and finds that fascinating.   Read a fucking book, for chrissakes.

Even the Internet is not really "necessary" for most people.   If I did not need Internet access to file Patents (which I hope will be the case in a few years) I could simply go to the local Internet cafe once or twice a week to pay bills, balance my accounts, and erase e-mails.   I really don't need it, so much as want it.   There is a difference.

Of course, we are in the midst of a great technological change.  The David Sarnoff theory of broad-casting - where everyone watches the same shows at the same time, over the air or on cable or satellite - is giving way to the streaming/downloading model of viewing, where instead of "seeing what's on" you decide instead what you want to watch when you want to watch it.

This means, that broad-casting, in terms of over-the-air television, cable, satellite, etc.,  may soon go by the wayside.   In the future, we will simply log onto our televisions (as I do today, with a 42" television coupled to my laptop computer) and decide what it is we want to watch.

It is the future.  All the kids today are doing it, just as they stream music, rather than buy it.   Like it or not, that is the way things are trending.

And when the powers-that-be decide to jack the price on this?   Well, I will move on to something else.

In the meantime, don't expect to get a "good deal" out of your cable company, the satellite people, the local telco, or the wireless company.   If you think you can, you are delusional.  Expect to be ripped off.

And if you think you got a good deal from them, well, you are terribly naive.
Newer Post Older Post Home
View mobile version