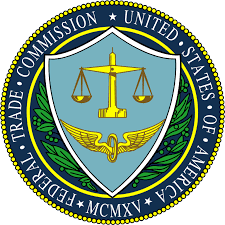 The Federal Trade Commission tries very hard to protect you from your own folly.   Do them a favor and look out for your own interests!  It makes less work for them.

Many folks expect our government to intervene in every financial transaction that goes wrong.   Every wrong should be righted.  Justice should always prevail.  We should live in a perfect world.

Sadly, we don't.   We live in a world of crooks and con-artists who consider themselves successful businessmen and they make enough money to pay for political campaigns.   And those political campaigns are for candidates who vote for less regulation of these "businessmen" while appealing to the voters based on social issues or "which candidate you'd like to have a beer with."

And voters vote for these idiots and then act confused when they are constantly ripped off.  Do we feel sorry for these folks?  Do we feel "sorry" for the fool who paid too much for a house, a car, a college education, or a payday loan?

Isn't it true that it takes two to tango and that in each one of these types of deals, the consumer (or voter) was hoping to get "something for nothing" and then got hoisted by his own petard?

Well, there are government agencies designed to prevent fraud in the marketplace.  Sadly, they are not very well-funded or very strong.   Oftentimes their actions end up inadvertently helping fraudsters rather than hurting them.

The FTC recently made headlines by suing Dish Network for misleading practices.   And a lot of people said, "well it's about time they reined in those bastards!  Justice at last!"   But having worked with the FTC, I can tell you that the end result will be anything but.   They will settle the case for far less than the amount "stolen" from the customers, and it is not likely any of the customers will see any of that money, or if they do, it will be a very small pittance of what was "taken" from them.   And within a few months, Dish will be right back at it, with a new contract in place, and maybe more prominent disclaimers on their websites, but the same-old come-on "introductory price" deals will still be in place.   Nothing will be changed, really.

And if you think I sound jaded, it is because I have some experience in this area.   You can go after crooks all you want - and you can catch some, but not all of them.   But in the financial arena, so long as people are willing to be ripped-off there is not much you can do, or indeed perhaps should do to prevent their own folly.

Consider "Operation Mousetrap" and the invention broker business.  The Federal Trade Commission and the United States Patent & Trademark Office finally decided to "do something" about crooked invention brokers and shut them down for good!   They meant well.  These were sincere people trying to do their jobs.   But after spending a lot of money and time and legal talent, nothing has changed whatsoever.

And in fact, by shutting down some of the smaller operations, the FTC has arguably helped the larger organizations.   The 600-lb gorillas of the invention broker business had enough money (tens of millions of dollars) to hire lawyers, put pressure on Congressmen, and force a settlement of their cases.   Not only did they get to stay in business, they touted their operations as "vetted by the FTC!"   So they used this litigation not as mark of shame but as a stamp of approval.

The smaller shops, not being able to afford to litigate,  simply folded their tents, and then re-opened under new names, a year or so later.   The Attorneys involved?   I testified against one.  He got a five year suspension, with all but two years waived.   As one reader noted, he's still practicing law and still representing inventors.    Not much has changed.

Should be we be outraged by all of this?  Perhaps.   Perhaps not.   You see, the problem isn't the attorney who filed all these bogus Patents.   It isn't the invention brokers, with their boiler room phone banks and cutesy ads on television.  It is the customers of these folks who are the problem.

Let me give you an example that you might relate to.

Let's say there is a really bad part of your town where crime is very common.  It is a poor part of town, and run down and dangerous.   You decide one night to take a stroll down a dark alley in this dangerous part of town, and a man jumps out from behind the dumpster, clocks you on the head, and takes your wallet.

You go to the Police and say, "I was mugged!  Go arrest this guy!"   But since you can't give a description of the mugger, they really have nothing to go on.

And of course, the Police are quick to ask, "What were you doing in such a dangerous part of town, late at night, in a dark alley?   Have you no common sense?"

And you might reply, "Well, I have a right to be safe anywhere in our city!  We should not tolerate these unsafe areas!  We need to go in and 'clean out' these ghettos and slums and make our city safe!"

And that might be true, very true.   But you see, in order to make the dark alley at midnight "safe" you'd have to go in there and just randomly start arresting people for no reason, and then throwing them in jail for good.   You would have to violate their "constitutional rights" and if you've been reading the papers lately, you know how that plays out.

There are a few places in the world where you can walk down a dark alley at night and not be harmed.  Japan is one, for the most part, but only because they have a strong and homogenous culture.   Yes, they do have crime in Japan, but like everything else, it is highly organized.

Now of course, maybe most of you already realize that walking down a dark alley in a bad part of town past midnight is just a really bad idea.   And maybe most of you realize that this isn't some wild injustice, but an inconvenient cost of living in a free society, where the Police actually have to catch someone in the act, and that crime is hard to solve and punish.   Statistics vary from State to State, but perhaps as many as half of all murders - maybe more - depending on where you live, are never solved.  Places with lots of dark alleys and bad neighborhoods seem to have the lowest rates of solving murders.   And property crimes?  The rates are even lower.

It is a raging injustice, to be sure.   But you can take steps to protect yourself.  Don't walk down dark alleys at night.  Don't buy a lot of expensive junk and then live in a poor neighborhood.   If someone appears to be following you, cross the street and head toward a populated area.   And yea, even if you take these and other precautions, you might still be victimized.   But that doesn't mean life isn't worth living, does it?

Now, take this criminal example and apply it to civil cases.   When you call a 1-800 number because you saw an ad on the television, are you not really walking down a dark alley at night, in a bad part of town?

And if you go to a car dealer and lease a new car, are they not in fact gang-banging you right on the salesman's desk?    You can't get a good deal from a salesman, so stop trying - and stop thinking you can.

In other words, when you engage with financial crooks, you go looking for trouble and usually find it.   If you take some common-sense precautions, well, you will end up a lot safer, even though you might still get zinged from time to time.

As for the Dish network customers, I have little sympathy.   Once you decide you "have to have" your sports channels or whatever, they have you by the balls.   All you can do is whimper and sign checks and hope they don't twist too hard.   And it doesn't matter whether it is cable, satellite, or whatever.   You do have the fundamental choice not to consume this shit.   And as soon as you decide that you don't have a choice with regard to consumption, you give up all leverage in any financial transaction, period.

When you "bite" on one of these come-on "50% off for first six months!  Free HBO!" deals, you are walking down a dark alley past midnight, in a very bad part of town.   Expect to lose your wallet.

And no, neither the Police or the FTC will come to your rescue.
Newer Post Older Post Home
View mobile version