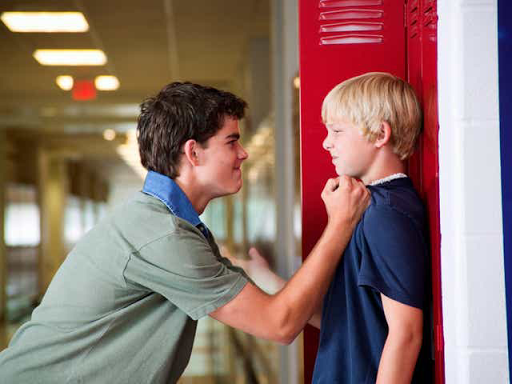 Everyone gets bullied at least one time in their lives.   What can be done about it?


Bullying is getting a lot of press these days - more so than any other time in my life.  And initially, I was very pleased to see that people were finally taking bullying seriously, as it does real damage to people's psyche over time.   But after several years of bullying intervention, I am not sure we are better off than we were before.   Bullying is still going on, and kids are killing themselves over it.  It seems that not only are we not stopping the bullying, we are validating the victimhood of the bullied.

My first experience with a bully was in the 4th grade.  There was some kid in the 5th grade who took a disliking to me - mostly, I think, to show his prowess to the other kids.   Picking on a younger, smaller, kid is sort of the hallmark of the bully - they are in reality, cowards.   So every day for a week, he said he was going to "beat me up" after school on Friday.   I couldn't understand what I did to piss this guy off, considering I didn't even know him or come in contact with him as we were in different grades.

In retrospect, I realize that the whole point of the exercise was to terrorize me and to make himself feel more powerful.  And for a week, I was very upset, fearing grievous bodily injury at the hands of this bully, who taunted me every day as I got off the bus that he was going to "beat me up."

Like most kids, I did the usual things - talked to a teacher, the principal, and my parents.   Funny thing, none of them wanted to get involved and they all acted like I ruined their day even by bringing up the topic.   My Dad gave me the old, "You have to learn to stand up to bullies!" advice, which in retrospect might have been the best option out of a lot of shitty choices.

You see, the worst thing that could have happened was to have a teacher or principal intervene in a situation like that.  It would not have stopped the bullying - only on the surface.   The bully would have simply taken his aggression underground - trying to attack me away from school property.  Or vandalizing my locker or school project - that sort of shitty stuff.  Authority figures intervening only works so long as the authority figure is present.  Once they leave, well, you are worse off than before.  Ask anyone who ever got a restraining order how that works out.

Calling the bully's parents also isn't a very good option. Now you are asking your parents to start a fight with his parents.   And guess what?  The apple didn't fall far from the tree.  Odds are, his parents are dickheads as well - as was the case of two brothers who were in my high school (for a brief period of time before they were thrown out). They were bullies too - they learned their behavior from their father who told them they needed to learn how to "be tough" and beat the shit out of them on a daily basis.

Anyway, Friday came, and I was nearly ready to throw up out of fear.  But it turned out to be nothing.  The bully wasn't all that tough, and after pushing me a few times (and after I pushed back) he left me alone.  In retrospect, I cannot figure out what the fuss was all about.  Hardly a "beating" at all, because he was all bluster and no action.

In books and television and the movies, the victim of the bully "fights back" and gives the bully a black eye and teaches him a lesson!   Or after soundly trouncing the bully, the victim and the bully become good friends for life.   Those are in the movies.   In reality, it often doesn't work that way, as bullies, being the cowards that they are, almost always pick someone smaller and weaker than themselves to bully, as they want an easy win.   So the idea you are going to pummel the bully and win the day is sheer fantasy in most cases.

Of course, you could up the ante by bringing a knife to school - or your Dad's gun.   You know how that works out. You get caught and now you are the bad guy and the bully is the victim.  So off to reform school you go, or you just get suspended or expelled, if you didn't actually injure/kill the bully. While this may sound far-fetched, it is one reason kids do bring weapons to school - they feel they are going to be attacked and want to defend themselves.

On season six of Blue Bloods, one of the young kids complains about being bullied, and his Dad (Detective Reagan) gives him the same lame-ass advice my Dad gave me.  And of course, it didn't work.   So Grandpa steps in with a hint - why not give the bully brownies laced with chocolate-flavored Ex-Lax?   Oh, what a hilarious time!  Some fun!   Oh, wait, that is actually considered poisoning someone and could land you in a shitload (pardon the pun) of hot water.  Again, you end up the victim.

Some folks try this with Visine eyedrops, thinking it is a fun prank that will make the victim shit their pants.  Sadly, it can end up causing real organ damage and even death.  Oh, and get you arrested and sent to jail.

So I am not sure what the writers of Blue Bloods were thinking - their asinine advice really isn't helpful, and the diarrhetic bully, once he changes his shorts, will really pound the crap out of you.

So what does one do about bullying? Well, that is the problem, right there.  Insecure and cowardly people will always band together into a gang or group and then try to intimidate those who perceived as weak, different, or loners.

Intervention programs, such as being used today might work, but for some reason, it seems that every week, there is another bullying-related suicide in the headlines.   Despite heightened awareness of something that has been going on for decades, if not centuries, bullying intervention programs don't seem to be decreasing the rate of bullying in our public schools.  Part of this might be the advent of "cyber-bullying" online.

One thing I don't understand about that kind of bullying (which unlike physical violence, amounts to more of social and peer pressure, as well as mocking online and in-person) is why people let it get to them. Just get off social media.  Close your Facebook account.  Block texts from people who are mean to you (yes, you can do this!).   Stop playing the victim and be more assertive.   It may sound trite, but you have to find the strength within rather than relying on outside opinions of your self-worth.   Because if you wait for validation from others, buddy, it will be a long time in coming!  If ever...
Killing yourself because you are being bullied is one sure way to let the bully win. Not only will it not solve your personal problems, but the bullies will not be "punished" or feel sorry for you for what they did.  In fact, your death will empower them to bully other people.

One thing that helps is to take the long view in life. High School is a scant four years - and occupies only a few hours of your day for only nine months of those years.  If you make it the centerpiece of your life, it is only because you choose to do so.

Sure, I was mocked and bullied in high school - bullying didn't end with the 5th grader.  But what I realized is that when I turned 18, I would be leaving high school and leaving our home town, never to come back, and moreover, I would have a good job and a good life ahead of me.   The bullies, for the most part, had bleak lives to look forward to.   Working low-wage unskilled jobs, beating their wives and children, and living in the same sort of squalor that their parents did - perhaps worse.

Leave and don't look back.   Yes, I know it is not great advice for a 9th grader who thinks that High School is the end-all and be-all of the world and that what some stupid cheerleaders post on Facebook about them is a tragedy of the first order.   You could obsess about it and play their game - which lets them win.  Or you could just get off Facebook entirely and walk away from social media, and realize that that oh-so-popular cheerleader will end up as a stripper or porn star.   It happens to all girls named Tiffany or Crystal.   Just move on with your life as much as possible and don't let the opinion of jerks influence you.   And that's all high-school kids are - jerks.

But this sort of thing is one reason I am not one of the chorus of voices who denounce home-schooling and other alternatives to the "viper-pit" (as one writer put it) of American High School.   High Schools, it seems, are less about education and more about socialization.   Quite frankly, I found my high school experience to be a waste of time - quite literally - with half the day taken up with study halls, lunch, and gym.   The lack of things to do is what leads to bullying, as the kids are bored and unoccupied.

Oddly enough, some people report being bullied at work.  To me this seems odd, in that if I had a job where someone was giving me a hard time, I would go out and look for another job. Because any company that tolerated that sort of nonsense would end up going bust in short order. Again, people with not enough work to do.  And yes, you do read about this in union factories where there is not a lot of work to do and too much time sitting around and making trouble.

And again, there is no simple solution to such a problem other than to leave.  Sure, you can "report" the harassment to your boss.  If he's smart, he'll fire you both.  If he fires only the harasser, then he's empowered you to get other people fired by complaining about them.   Yea, that may not be legal or fair, but it is how a lot of managers handle troublemakers on both sides of the equation.

Like I said, leaving is often the best and only option. Leave high school. Leave social media. Leave a shitty job at a shitty company that likely will go bust anyway - but be sure to line up a better job, first.  If you have skills and self-esteem developed internally (and not externally) then you can write your own ticket in life.   If you let other people define who you are, well, you'll be the victim a long time.

And I am not sure victimhood is the way to go.