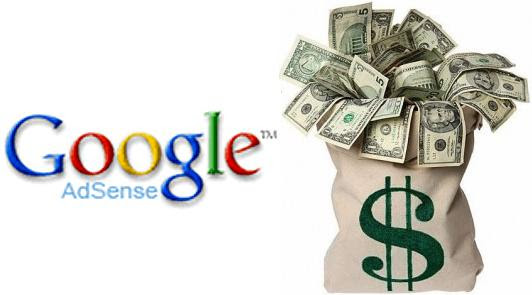 Thanks to viewers like you, I have $140 more in my bank account today.  Whoo-Wee!  Making serious coin from Blogging - not!


I decided to monetize this blog as an experiment and to report back on how it works out.  Many readers have suggested this over the years, but I resisted the temptation as I felt that (a) it would not generate enough income to make it worthwhile, (b) it would compromise my ethics, and (c) it would change how I wrote and my motivations for writing.   All three seem to be true, sadly.

It is an interesting experience to see how the system works, and not only that, how my own brain works in response to the carrot of money - even trivial amounts.   I feel less guilty about writing in my blog, which was indeed a distraction from life in general and of course, from "real work".  Now I can self-justify that I am "making money" at it, although at the paltry rate of $3 a day.

That might change, because for some reason, December looks to top November to maybe $300 for the month, or about $10 a day - enough to live like a king in many African countries, at least.  So you can see why a lot of people from third-world countries throw up trash blogs and sites and hope someone clicks (using keywords to move up the Google rankings).   In their country, even a modestly successful blog - or series of blogs - can generate enough coin to live on.

Getting back to the mechanics of this, Google AdSense web page has an interface only a Mother could love.  It is clunky and slow loading and nothing is explained very well.  You have to "enable" review to review ads, so I have not been able to see what is on the site (even if I log in under anther name, my ad blocker plus does a good job of killing the ads).

But you can select or de-select categories of advertisements and even "block" specific URLs.  They have two categories of ads, "General" and "Sensitive".  Only one is blocked by default - ads for online gaming.

Here are the General Categories and a listing of advertisement distribution.  Cars and finance figure prominently:


They also have a listing for "Sensitive" Categories which you can select or de-select:


It is interesting that you can control where you ads appear and block specific URLs if you want to.  This makes me skeptical that Kellogg's had no idea they were advertising on Breitbart, as no doubt someone in that vast organization has more time than I do to monitor these things.

Of course, they screwed the pooch by announcing they were boycotting Breitbart, when what they should have done is quietly blocked the Breitbart URL and let sleeping dogs lie.   Breitbart would no doubt not have noticed the change, until it was brought to their attention by a press release.   People in the corporate world can be pretty stupid sometimes.

Once the "review" feature has been enabled, I will review the ads and see what is being posted.   Then it comes down to the ultimate question - will I have the balls to block certain advertisements for crooked deals (weight loss plans, get-rich-quick schemes) even if they turn out to be big revenue generators?

Already get-rich-quick schemes account for 2% of ads and 1.2% of revenue.   Maybe I should block this category already, but for selfish reasons - it doesn't generate a lot of income, and by blocking this category, it would allow for more advertising for "Finance" and "Vehicles" which account for the vast majority of income - and generate more profits per click.

You see where this is going, don't you?  Already I am thinking in terms of how to make money from this, rather than just writing whatever bullshit comes into my mind for the hell of it.....

UPDATE:  I blocked the get-rich-quick category.  I can now start to see ads in the "review" section.  Apparently Google uses an old IBM PC Jr. for a server for AdSense - it takes a long time to load!

UPDATE #2:  I can now see the ads in the "review" section, but adblocker plus blocks the images!  Ad Blocker Plus is a pretty good program, methinks.  I will have to disable it to see the actual ad images.   But from the URLs, I can see there are some odious deals - online lotteries and crap like that.   It is easy to block these with the click of a button - but if you block enough content, what happens to income?