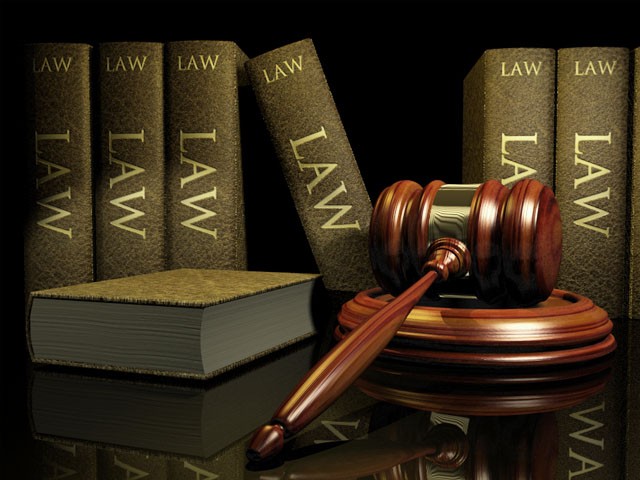 Laws are tricky things.  When you make a law, or a rule, or a regulation, people have two choices.  They can obey the law or rule, or game the system to avoid the law or rule and come out ahead.   We had a production quota at the Patent Office, for example, and most of us just worked hard and tried to make our quota.  Others looked at the rules as a challenge on how to circumvent them, and instead gamed the rules.   Usually they ended up getting fired - but not always!

And sometimes, even the best of intentions can cause unintended consequences.   For example, it is temping if crime is on the rise to make penalties harsher and harsher - the idea being that criminals will understand this and then act accordingly - by not committing crimes.   And maybe that works, some of the time.

But, for example, when you place huge mandatory minimum sentences for crimes like drug dealing, you may also incentivize drug dealers to kill witnesses and police officers, rather than face these sentences.   If you are busted for dealing heroin and are facing 40 years to life, shooting a cop doesn't seem like such a big deal.  You may not get caught.   And even if you did, the sentences served for murder are often far less than some of these mandatory minimums for drug dealing.

It is the same with kidnapping and rape.  If the sentence is life in prison or capital punishment, well, there is little incentive not to kill your victim and actually from a game theory standpoint every reason to do so - you eliminate a witness and increase the odds you'll get away with the crime.  It is sick thinking, of course, but in an odd way a rational evaluation of probabilities and odds for the criminal.

The same problem crops up in regulations as well.   We want to depend less on fossil fuels and nurture renewable resources to decrease global warming.   All noble intentions and also good things for national security and the environment.   But how to do this?

One obvious way would be to tax the shit out of oil so that it was really expensive, thus forcing people to conserve and also to make alternative energies more attractive.   Our European friends do this - the price of gasoline over there has always been 2-3 times as much as here in the States.   As a result, they drive smaller cars and adopt more conservation measures.   Wind and solar power are also more economical propositions there, without the need for as many government subsidies.

Speaking of which, government subsidies are another tactic.   Give someone a tax break for building a wind turbine or solar farm, and they will.  The only problem with this approach is that people will build turbines in areas where there isn't a lot of wind or panels where the sun doesn't shine often, as they are more concerned with the tax credits than actual profitability of the enterprise.

Another idea is to use regulations to make "green" technology more affordable.   For example, if you have solar panels on your house, you used to be able to sell the surplus electricity back to the power company for the same rate you bought it for.   So at 10 cents per kWh, you could literally make the electric meter run backwards and at the end of the month, the utility company would owe you instead of vice-versa.

Or take electric cars.   Many are sold at a loss as even with generous tax credits, people cannot afford to buy them.  Also, even with increased range, they still may not be practical for many folks, so they have to be priced attractively so they make economic sense to the buyers.    Car companies are willing to sell at a loss, as a car like the Chevy Bolt may be given an "mpg" rating of over 100 miles per gallon (even though it doesn't burn gas) which offsets the mileage of more profitable gas-hog cars.   The company meets EPA CAFE requirements and the electric cars are loss-leaders allowing them to sell pickups and SUVs with $10,000 profits - each.

This also seems like an interesting way to subsidize electric cars and solar panels.   But the subsidy is paid for by someone else.   And in this instance, the "someone else" is your fellow consumers.   The loss on the sale of the EV car is folded in to the price of other cars sold by the same manufacturer.   The cost of buying electricity at retail rates is added to the electric bill of the guy who doesn't have solar panels.  The utility company is used to a business model where they buy electricity wholesale, and then sell it for retail - with the difference paying for the operating overhead of the company.  When they buy solar power at retail prices, they in essence losing money.  And when more people start installing solar panels, they start losing more money - and that loss is passed on to other consumers, as utilities are government-regulated monopolies.

The problem with this model is that your typical buyer (or lessee) of a solar panel or an electric car is not the poor person living in an apartment.   An apartment dweller can't put solar panels on the roof of a property he doesn't own.  He can't install a charging station in the parking lot for his electric car.   Rather, the buyers for these products are often middle-class or upper-middle-class people who can afford to experiment with alternative energies.

A friend of mine did this.  It was pretty painless for him.  The solar company leased him the panels, and they came by and installed them and wired everything up and all he did was sign some papers.   So long as you own a freestanding home in an area without covenants this is not hard to do.  And his electric bill went from $300 a month to $30 a month - some months even being negative.

He is the kind of guy who also ran an experimental biofuel station in his backyard to power his Mercedes.  Used cooking oil rendered down to make diesel fuel - and no road taxes being paid on it at all!  Again, a burden shifted to other consumers.

Some folks make the argument - and it seems silly at first - that it is "unfair" that upper-class people should get breaks like this, while poor people can't take advantage of them.   It is like "student loan forgiveness" arguments.   It makes a lot of "sense" until you talk to the guy who never went to college, whose tax dollars will pay for someone who did.  And again, it is the lower classes being asked to subsidize the upper classes.

So in many States, the laws were changed so that the utility companies "buy back" power from consumers at wholesale rates.   Overnight, this killed off the solar panel leasing business, as the economic model made no sense.   What will happen to folks with existing panel installations, is anyone's guess.   Elon Musk might have a work-around on this, though.   If a giant Lithium-Ion battery is placed in the house (and those, never catch fire, of course - unless you put your Galaxy Note 7 on a 787 Dreamliner) the solar panel could charge this and you could just disconnect from the grid, if you wanted to (at least in theory).   You end up "buying" your own electricity, which is then competitive with the retail rates of the utility companies (you hope, anyway).

Such a solution is "fair" as it doesn't require other rate-payers to subsidize your solar installation.   However, it does mean that the cost of hardware would likely double, making the payback take far longer than before.  And in an era of cheap oil and even cheaper natural gas, it may be hard to sell these systems to a lot of folks - other than the experimenters and early adapters.

Similarly, it seems certain that the Trump administration will loosen EPA CAFE requirements which were slated to hit a shocking 50 mpg in a few years.   Bear in mind that is average fleet mileage, and you understand why all the car companies are scrambling to introduce EVs and Hybrids.   Just as the California EV mandate of the 1990's forced car companies such as GM to introduce electric cars (such as the EV-1), changes to these rules could result in these types of cars disappearing in short order.

Now, depending on your political affiliations and beliefs, you may view this as a good thing or a bad thing.  Some folks, have emotional reasons behind their beliefs - thinking that electric cars will always be slow and boring (Mr. Musk has demonstrated otherwise).   Max torque at zero RPM is a compelling reason that electric cars could end up as the performance vehicles of the future.  Whether we will see them in NASCAR anytime soon, however, remains to be seen.

Regardless of your political views, however, relying less on Middle-Eastern oil unarguably a positive thing for our own national security.   If we don't need oil from the Middle-East, we can go back to not caring about the people there, their politics, and their religion.   Reduced pollution and carbon dioxide emissions are another huge bonus.

The thing is, of course, is that if we decide not to pursue these technologies, our neighbors and competitors will.   With the high cost of fuel in Europe (and a reliance on GAZPROM for oil and gas) incentives for alternative fuels and electric vehicles are a lot higher.   Even if we dump this technology, others will take up the cause.

The question is, how do you encourage a technology without creating unintended consequences?   Or is indeed encouraging technologies even the duty of government?

And those incentives - from oil and gas leases on government lands, to an extensive interstate highway system - have produced unintended consequences of their own.