Comparing Ourselves to Others - and the Past 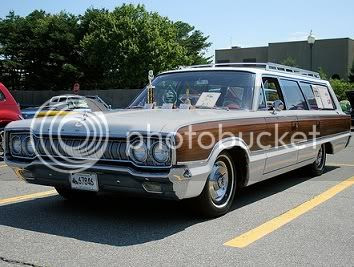 Are we better off today than in the past?


In a recent posting, I noted that a New York Times article was somewhat specious in that the author tried to compare our standard of living today with people in the past - based on income alone.

I have noted time and time again in this blog that comparing your situation in life to other people is sure to make you unhappy.  And the basic reason is simple - there will always be someone who is better off than you, and thus comparing yourself to others will simply make you look and feel bad.  And even the Bible says this - "thou shall not covet thy neighbor's SUV" or something to that extent.

Comparing ourselves to others seems to be a popular sport in the press.  We are exhorted to compare our situation to the richest people in the world (the 1%'ers) and then be all angry we aren't as well off as they are, and obviously they "took" their wealth from us.

But the media is not content to make us discontent about people today who have it better than us.  No, no, that's not enough.  We should also resent those in the past, particularly older generations, for having it better than we have today.

Aside from the fact that comparing ourselves to people in the past is a sure-fire way to be unhappy, is such a comparison valid or even possible?  Using metrics like "money" and "income" are one way to make comparisons, but a false comparison or at least a wildly inaccurate one.   Even adjusting for inflation and the future value (FV) or money, it is hard to say whether life is "better" or "worse" than 10, 20, or 50 years ago.

For example, today you would never think about buying a car without air conditioning, and indeed, today there are only two vehicles that are available without A/C as a standard feature (the Chevy Sonic and the Jeep Wrangler - and both are usually optioned with it anyway).   Most cars today have power locks and even power windows.   In 1965, these were rare options limited to high-end cars such as Cadillacs.   Middle-class people simply didn't have these things.  And options like alloy wheels simply didn't exist, and neither did disc brakes (never mind anti-lock) except for a few rare cars.  Today these are the norm, not the exception.

My parents bought their first car with A/C in 1968.  It was a Dodge 880 wagon (like the one above) in light blue with fake wood paneling.  It had A/C, an AM radio, and crank-up windows.   No power door locks, no power windows (other than the rear tailgate) and no cruise control.   The "power" options were power steering and power brakes which were indeed options back then, not standard as today.    Certainly no power seats or heated seats.  It was a primitive car with a three-speed automatic.   Today, I own a "cheap" car with air conditioned seats and an Infinity sound system with subwoofer.  With "only" six speeds, it is considered primitive in an era of 8- and 10-speed transmissions.   And let's not even talk about direct fuel injection, variable valve timing, and whatnot.

An economist or a journalist with an axe to grind would argue that we are not as well off as before, as the number of weeks needed to pay for such a car is more than the number of weeks my Dad had to work to pay for that old Dodge.  But what the economist is failing to appreciate is that the "cheap" car I have to day is far more car than that "loaded" Dodge of 1968 and what's more will last longer and actually cost less to own (in terms of repairs and cost-per-mile, adjusted for inflation).

That Dodge was rusting through in huge chunks by 1972 and my brother took it over as a "college car" by that point.  In a few short years, the engine blew up and it went to the junk yard, rusted out and blown out with only 88,000 miles on the odometer.  This was typical of most cars of that era.

But it goes beyond cars.   We are staying in an RV park in Ft. Myers Beach, Florida.  This park has been here since the 1960's.   Today it is crowded with 35-foot 5th wheel trailers and "rock star" bus motorhomes.   This is the new norm.   Back in 1965, the largest and most expensive unit might have been a 30-foot Airstream or maybe a Winnebago "Chief" motorhome.   Most folks were in a Scottty or Shasta or a pop-up.   We had less back then and were used to less.

Or take houses.  People expect fancy kitchens and fancy bathrooms today, along with four bedrooms.  The square footage of houses has gone up linearly since World War II, even as family sizes have shrunken.  Today kids don't know what it was like to share a bedroom with a sibling - or even a bed, as was the case for our even earlier ancestors.

Or take health care.  We love to whine and moan about how awful health care is in this country or how awful Obamacare is.  But consider that things like penicillin or immunizations are relatively recent innovations and you can appreciate that we are actually healthier today than in the past.   My Dad, before he died, had a quadruple bypass heart operation that allowed him to live another 20 years.   Not too long ago in this country, that would have been considered radical experimental surgery that he would not have been able to afford.    Health care is costly, yes, but only because we can now do amazing things that decades ago were fantasy.

We live richer lives today, and yet the media paints our lives as miserable miserly existences which pale in comparison to the glorious 1960's and fabulous 1950's.  We need to "Make America Great Again" but it isn't clear that America was greater in the past than it is today.

Sorry, but I have to call "bullshit" on this one.