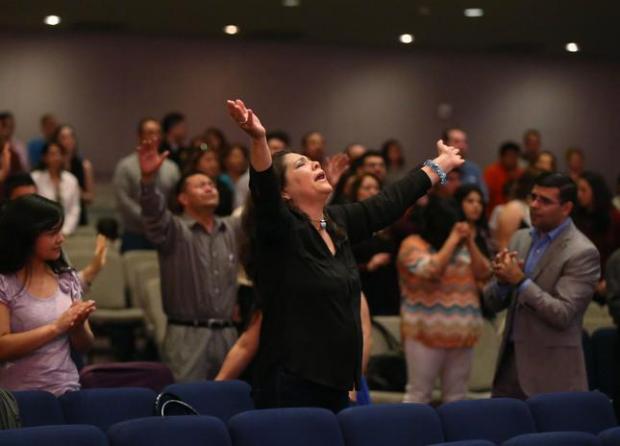 A recent article in the paper profiles a religious woman who gave away over a million dollars to an online Nigerian scammer.   He posed as a suitor, and after her husband died, she was lonely.  Over the years, he told her one tale after another, and always had a plea for money - a few thousand dollars at a time.  Finally, even he had enough of the charade and told her the truth - he was not the handsome man in the photos he sent her, but a scammer at an Internet cafe in Nigeria.   She is writing a book about the experience.

Why would someone do this?   Once again, belief trumps reason, and belief in that regard can be evil.  People are willing to use belief to make important decisions in their lives, and they usually end up screwed as a result - although in this lady's case, not literally.

We are in South Florida, and I thought about this as we drove along.  I saw another one of those cardboard signs by the side of the road, advertising a house for sale for a ridiculously low price.  "MUST SELL!" it proclaimed.  I wish I had the time and energy to investigate that - get a hidden camera and call the guy and see what the scam was - because you know it is a scam.

You don't?   Well, let me tell you why it is.  First of all, anything advertised on a cardboard sign is a scam, basically, other than a lost pet poster.  And even those....  No one is telling the great secrets of investment, how to buy distressed houses, the secrets to weight loss, or whatever, on cardboard signs.  If what they had was such a good deal, they would at least have a nice sign printed - and be able to afford to advertise.  You can spot a raw deal at 100 paces by the way it is presented.  No need to further investigate.

Still not convinced?   Well, explain to me why thousands of these same signs appear all over America - advertising houses at bargain prices, in almost identical wording.   You know that someone is playing a con.   Still not convinced?  Then just ask yourself this: If you wanted to get rid of a house at fire-sale prices in a short period of time, what would you do?   Call a Real Estate agent and get it listed at a low price so that some investor would snap it up by the end of the week?   Or put out a cardboard sign and hope someone buys your house?   Of course you'd do the former.

But people want to believe - and what they want to believe here is a common belief - that they are going to get something-for-nothing or a bargain that others miss, because only they saw the cardboard sign and maybe the seller is unsophisticated and they can take advantage of them.  So they call the number and the seller gives "the story" about why the house has to be sold so quickly.  And he meets them at the house, which is locked and he forgot the key.  But if you can put down a $10,000 cash deposit, he can sell you the house - but you'd better act fast, because he has other offers on it!

And of course, the house you are looking at doesn't belong to him, and you are out ten grand.  It is an old con.  A very old one - but one still being played today.  And like all cons, it plays upon the belief of the victim, not common sense or reason, which are like kryptonite to the con artist.  Get the victim to "suspend disbelief" as they say, and you've got him (or her) in the palm of your hand.

Why do people allow belief to take over their lives?  Because belief is fun.  You go to a church and sing "Hallelujah! Praise Jesus!" and raise your hands in the air and have that euphoric feeling you can get with belief.  Belief triggers the same pleasure centers in your brain as sex, I believe, as it is very similar in nature.

This is how cults and religions bring in new recruits - they all report that same feeling of euphoria and pleasure when they first join and are showered with attention.   It evaporates shortly thereafter when they are forced to beg on the streets to buy the minister a new Rolls Royce.  But they keep going back - like a junkie, a belief junkie - for another "hit" of euphoria, which are smaller and smaller and fewer and farther between - the classic addiction scenario.   Eventually, they run out of a "high" on the cult and leave - now embittered and angry, having wasted years of their lives and in some cases, most of their money as well.

Belief is a hook - and you can get hooked on it.  And that is one reason these Nigerian scammers are so successful.  The victim of the con enjoys the process of being conned, as the promises of millions in lottery money, a nice car for half-price, or a handsome suitor are always on the horizon but never quite arrive.  It is akin to being enamored of the process as I wrote about before - people who get caught up in the process and forget why they came there in the first place.

And this seems to be a pattern with people who are conned.  They enjoy the back-and-forth with their Nigerian scammers, as they ask for more and more money.  They enjoy thinking about the riches they are going to receive.  Actually receiving the money (which of course, never happens) would be a letdown.

Belief is a fine and wonderful thing, but God gave you a brain to use, not to put in "park" and leave in the garage up on blocks.  Belief - when it supplants reason, can be evil.  Blindly following someone or blindly believing in things that are convenient to you at the moment generally end up causing you personal grief, and I say this from experience.

If you look around the world today, and see all the hot spots and troubles we have, most of them boil down to people using belief in place of reason.  Whether it is a cult of personality around a dictator, or blind belief in a religion or a religious leader, belief leads to trouble, time and time again - and rarely leads us out of it.