What The Hell Are Binary Options? 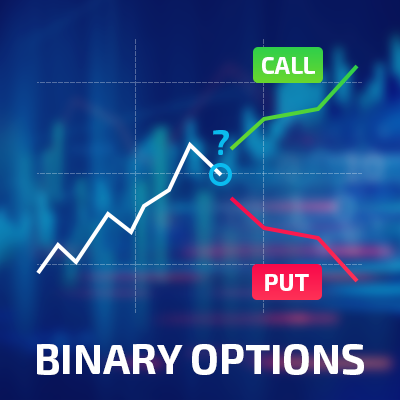 What are binary options?  Investment or just gambling?  Gambling.

Facebook recently announced that is part of their effort to clean up their social media website, they are banning all advertisements for various frauds including cryptocurrency and binary options.

I had heard about binary options before and quickly dismissed them as a form of gambling.  However I never addressed them in this blog.  As others have noted, they are quite prone to fraud as most of them are not regulated, and moreover they really serve no purpose in the financial Marketplace.

Unlike traditional derivatives, which actually serve a function in the market, binary options are merely a form of gambling on the price of a stock.  It is like betting on which way a frog will jump.  And if someone offers you to gamble on which way a frog will jump, you can be sure they have trained the frog to jump one way over another.  This is the theory behind casinos, and indeed, any form of gambling.   If you want to make money gambling, run a casino.  If you want to make money on binary options - run a binary options trading center.   Only the suckers actually play the games!

Traditional futures or derivatives trading provides a means of hedging risk, and in in terms of commodities futures, provides a way for people to ameliorate risk over time.  A farmer can sell his corn crop at a fixed price before it is even harvested, thanks to futures trading, and thus locks in a price for his crop.   Even trading in derivatives of stocks is seen as a way of hedging risk for investors and has some functional aspect in the marketplace, according to some economists.  These same economists would also tell you that small investors should stay as far away from derivatives as possible.

With binary options, what you are doing is putting down money and gambling on whether the price of a stock will go up or down below certain limit.  If you win, you get $100. If you lose, you get $0 and you are out the amount of money you paid for the option.  It is no more 'investing' than betting on the Superbowl is "investing" in a professional football team.

This is not a means of hedging or ameliorating risk, it is merely a means of gambling on an arbitrary number, in this case the price of a stock or commodity going up or down.  And as might be expected, a lot of small players get into the marketplace because it is very easy to buy in to this, as it is priced attractively to the small investor.

And as you might imagine, if you google "binary options" there are a host of websites out there aimed at the small investor (or gambler more precisely) along with cheerful YouTube videos, instructing you how to get into this new fun form of investing!  And you'll make lots of money, too!  Because the people running these sites want you to make money, rather than playing these options themselves, as a means of "giving back" to the community!  And if you believe that sort of claptrap, you deserve what is coming to you.

And this is assuming the binary option website you gave your money to even pays off.   Many of these outfits are offshore, and when you hand over your debit card information (or prepaid credit card) they take your money and keep it - even if you "won" the bet.  Gambling is stupid.  Gambling with unsavory people over the internet is stupid to the nth power.

As I have noted before, you can spot a bad deal at 100 paces without even having to investigate it.   You know that cryptocurrency is a bad bargain just from the brainless way it is marketed - as a means of making money with no risk.   Only a fool believes that.   Similarly, the hyped manner in which binary options are pitched (and the shilling on binary option discussion groups) tells you volumes as to what sort of deal is being offered - a rotten one.

While the most amount of money you can win in any one of these options is $100 per option, the price of the options is usually well below $100.  As a result, your typical small investor - or I should say more precisely, gambler - can buy into this, again repeating the idiotic mantra, "Well, I can afford to gamble a little bit!"   Gambler's anonymous is full of people who said that.  It is like saying you can afford a little meth habit, or maybe a little opiates now and again.

But like any form of gambling, it could become compulsive and addictive in short-order.  You win a few of these deals and you start to think that maybe you're a genius and start spending more and more money.  Then you lose a few and come out behind and think to yourself that maybe if you just played some more you might win it all back.   It is the siren song of the gambler.

In couching this form of gambling as some sort of investment or option, the promoters of these schemes are attempting to avoid restrictions on illegal gambling - but they step right into the dog-doo of illegal securities offerings.   However this type of "trading" has been outlawed in some jurisdictions already, and as noted by the Facebook ban is deemed to be basically a fraud.

The way these type of things are marketed is also telling.  The big players in industry and finance are not buying binary options.  Warren Buffet doesn't spend all day on his computer placing $44 bets on the price of stocks going up or down.   Rather, binary options are marketed to small players via social media and YouTube - much as the way cryptocurrency and its derivatives such as bitconnect are marketed.