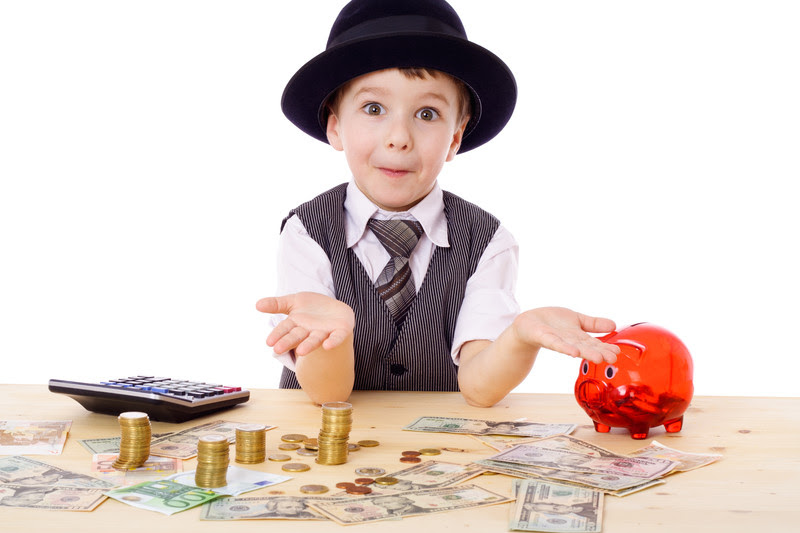 A recent article online describes a problem with one of the cryptocurrency exchanges, Coinbase. Apparently they have been double- and triple-charging people's checking accounts resulting in overdrafts for the unfortunate victims of this scenario.

What I found hilarious about the whole thing was that the articles were quoting from Reddit - never a good source for newspaper or magazine articles, as all of the postings are anonymous and many of them are trolls or simply made-up.  But assuming that these postings are true, one in particular made me want to chuckle.  The person in question "invested" $300 in Bitcoin through the Coinbase exchange and was debited several more times.   I find this laughable as $300 is not an "investment" - it is a bet you are placing - it is gambling.

Another fellow claims they debited his account seventeen times for $1000 each time, and now he is "officially broke".  How sad when your entire net worth is $17,000.  Sadder still that you leave that much money in a checking account and grant some cryptocurrency exchange the right to debit from that account.

This reminds me of a guy I saw online who "invested" $500 in the Facebook IPO saying "I can afford to lose that amount."  He really isn't so much investing in the future of Facebook but thinking that maybe the stock with spike after the IPO and he will make a lot of money in a short period of time.  Why not, everyone else makes money on these IPOs, right?  Just as "everyone else" is making money on Bitcoin.  But for someone to make a dollar, often someone else has to lose one.  You cannot create wealth from a vacuum or from nothing.

Of course, Facebook stock tanked initially and he panicked and sold it, cutting his "investment" in half.  If he had a time machine and hung on to it for a few years, it may at least paid itself back. That illustrates the nature of this type of gambling on the market - people usually just lose money, due to fear and greed.   It also illustrates that all the big talk online from"investors" if not outright fake, is just the talk of kids throwing $100 at something.

Oh yea - that.   As it turns out, "crypto" has been the subject of pump-and-dump for some time now.  People hype cryptocurrencies in chat rooms and online forums.  The chumps thinking this "secret tip" is shared only with them, buy, driving the price up.  The spammers, trolls, and shills cash out and make a few bucks.   Act shocked.

Getting back to this crytpo warrior profiled online, what was even more laughable - and sad - that his investment was $300, was when they debited his account several times, he said his account went negative.  "But I used to have a comfortable balance!" he said.

I'm sorry, but having $1,000 to $1,500 in your checking account is not a "comfortable" balance. It's just nearly about empty.  Sadly, that situation describes me when I was younger - spending every last penny I made and borrowing five pennies more.  I was juggling my expenses and robbing Peter to pay Paul, and had barely a dollar in my bank account when I got done making payments on all the loans I had.

I recounted before how I used a debit card to buy some Chinese food at the takeout near our house, back when we used to do those sort of things, far too often.  The old lady behind the counter was very sweet, but kept swiping my debit card and couldn't figure out why it wouldn't go through.  She also had a bad habit of not reconciling her charges until the end of the week.  So what happened was about five holds for $25 for Chinese food were placed on my account and it wasn't until the end of the week that they were reconciled and cleared off.  In the meantime, I'm ashamed to say, my balance was so low that this cause my mortgage check to bounce.

If you have less than $1,500 in your checking account, maybe one should think about leaving $300 more in it rather than "investing" in Bitcoin (or buying Chinese take-out!).   Because if one has that small a bank balance, one is really in no position to be investing in anything.  True, you should be contributing to your 401(k) or making regular, small payments to an IRA, or perhaps investing small amounts in stocks or mutual funds at a rate of $50 to $100 a month to start with.  But throwing $300 at Bitcoin when your balance is $1500 or so?  Not very responsible!

The article is illuminating however, in that it illustrates an example of who these people are who are buying Bitcoin and other cryptocurrencies. These are not billionaires or millionaires investing thousands, tens of thousands, or hundreds of thousands of dollars in cryptocurrency as an "investment."  Rather, these are small investors who are throwing a few hundred dollars here and there at Bitcoin and hoping it goes up in value.  And they are also very young people, mostly males in their 20's to mid-30's.  Prime chump meat.

The real users of Bitcoin and other cryptocurrencies are people trying to transfer enormous sums of money from one part of the planet to another - usually to avoid taxes or for some other illegal purpose.  They purchase the cryptocurrency and immediately transfer it overseas and then convert it back into a local currency.  The Chinese businessman sends millions of dollars to Vancouver to purchase a house and establish a business there so he can obtain Canadian citizenship - just in case the whole China thing blows up.  A drug dealer in Panama launders his money through Bitcoin and transfers millions of dollars to an offshore account.  Human traffickers from Eastern Bloc countries send millions of dollars back home using cryptocurrency.  These are the real users of these cryptocurrencies - and almost all of their uses are illegal which is why governments will crack down on cryptocurrencies in the long run.

The real users are not "investing" in Bitcoin - they're using it to transfer money.  So for them, the price of Bitcoin or other cryptocurrencies is really irrelevant as they are buying and selling almost immediately.  Unless a sudden spike occurs in the market between the time they purchase and sell - which might be a matter of minutes - they really don't care whether one Bitcoin cost a dollar or $10,000.  It is just an exchange medium to them.

And since they're buying and selling almost immediately, their transactions really don't affect the market that much.  But these other people - the little people - who are buying and holding Bitcoin are driving the demand up when the supply is limited.  These are the $300 chuckleheads who are causing the price to spike to the stratosphere.

These are the grocery clerks and shoeshine boys that Joseph Kennedy complained of back in 1928, who are trading stock tips.  They have no idea what they're doing, and as soon as they start losing money they panic and sell.  Amateur investors tend to spook markets.   In the case of  cryptocurrency,  it's basically kids doing this, and by kids I mean people in their late teens or early twenties or possibly maybe early thirties.  What today is considered childhood in America.

When you go online to these discussion groups, ask yourself whether you want to take investment "advice" from some 20-something "playa" who has all of $300 "invested" in crypto.

Anyway, it made me laugh and also made me sad to read these reports.  I'm sure the poor guy threw a plate of chicken tenders at his mother when he found out his bank account has been drained dry. But then again, I recognize the pattern here because I used to be that way myself - very immature with money. And money is something you can't be immature with - but something to treat deadly seriously.
Newer Post Older Post Home