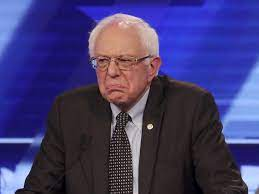 Progressives want to reform our economic system.   But in a system where everyone is paid the same, those who work hard are punished.


Amazon earned the plaudits of "Independent" Senator Bernie Sanders for raising its minimum wage to $15 an hour - the rallying cry of the far-left.   At first, this seemed like a good thing - Amazon was "sharing the wealth" with its employees.  But as it turns out, Amazon isn't stupid - they can't simply afford to raise wages across the board without raising prices.  So they cut some other benefits to pay for the $15 minimum wage, and this move illustrates why working in a union job or in a communist country (about the same deal, really) sucks.

Amazon paid an 8% bonus to workers if they didn't miss work too often and their department met certain production goals.  This was doubled to a 16% bonus around Christmastime.  It turns out, it is more important to Amazon to have people show up on time and do their jobs than anything else.   Amazon also gave stock options to productive workers, incentivizing them to do well for the company, so the company share price would go up.   This is plain old capitalism 101 at work, and by the way, how salary employees are usually paid.   You make the company do well, you do well.

The union way - or the communist way - is to pay everyone the same amount, regardless of whether they show up on time, whether they make productivity goals, or whether the company makes money.  This is how they paid workers at GM back in the day (and indeed, even today) and why the company went bankrupt.   When your income is not linked in any way to performance, there is no incentive to improve (or even maintain) performance.  When the most productive worker is paid the same as the biggest slacker, the productive worker loses his incentive and motivation.  Suddenly, everyone becomes a slacker.  And as I noted before, when I was at GM, one of the highest crimes an hourly employee could commit would be to work too hard and show up the other employees.   The union came down hard on eager beavers.

For productive Amazon employees, who have devoted years of service to the company, this new pay plan is a slap in the face.  Many were already making $15 an hour and thus the new pay plan amounts to a huge pay cut.  It also means that they are now making the same salary as the least productive people in the place, as well as the same salary as a new-hire or seasonal worker, who is likely to be less productive as well.   It is an idiotic pay scheme, and likely some Amazon workers may quit over this - although this remains to be seen.  One of Amazon's more draconian policies is that if you quit, you can never be re-hired again.   So people who have invested years in working for the company are caught between a rock and a hard place.   They either have to suck it up, or find another line of work,

Of course, you could blame Amazon for this idiotic pay policy - and you should.   But this type of pay scale is what progressives have been pushing for and what unions have always demanded.  If we allow so-called progressives to have their way, this could destroy productivity and incentive in America, entirely.   The problem for American industry over the last few decades wasn't globalization or cheap Chinese imports, but the fact that American labor costs were staggering - and that work rules and union demands meant that companies could not hire or fire based on merit - and that everyone was paid the same, regardless of work ethic.
Proof of this proposition is ample.  While "American" car companies with union labor struggled and went bankrupt, non-union "foreign" competitors thrived in the US.  For some odd reason,  not having unions meant the difference between profitability and bankruptcy.

And this is, of course, the same problem with government employees today - who often pack the local city council with union members and then vote themselves a raise.  Short of molesting a student, it is nearly impossible for a teacher to be fired.   As a result, we pay more per capita than any other country in the world to educate our students, and have the worst results, amount Western countries, in terms of literacy and test scores. Our educational system is churning out poorly-made students, just as GM churned out poorly made Pontiacs back in the 1990's.   GM went bankrupt - can our schools go bust as well?

Amazon stepped in the dogshit on this one - trying to score a PR coup and pander to the progressives who make up a huge chunk of their consumer base (no doubt, among Trumpsters, buying from Amazon is a no-no).

But beyond this, I wonder if Amazon doesn't have other more systemic problems.   After coming back from Alaska, I had to order a number of parts for the camper - things tend to fall off and break there, and windshields get star cracks (which GEICO fixes for free, even if you don't have glass coverage).  I went online to find these parts, and found that in every case, eBay or the website of some parts maker was cheaper than Amazon by a significant amount.   What's more, when I went on Amazon, the prices kept changing from day to day, by significant amounts.   Amazon has an algorithm that monitors what you search for, and they change prices (raise them, of course) over time, in an effort to get you to click on "buy now" before the price goes higher.  To me, this strategy backfires, when I can just open a new tab for eBay and see the same item for many dollars less.

For me, Amazon has become the merchant of last resort, not the first option.  Yes, I know there are folks out there with more money than common sense, who have Amazon shopping habits and never bother to look elsewhere on the web, as they are "Prime" customers (USDA Prime Chump Meat!) and get free shipping or whatever.   But these are not people buying products based on price and value, but addicted shoppers, and I am not sure that is enough to sustain a retail empire - although it seems to work for the Home Shopping Network.

But Amazon made wild profits not by being politically correct, but by being a ruthless competitor in the marketplace.  This latest move may appease the far-left "progressives" who make up their customer base.  But will these same progressives tolerate higher prices when productivity tanks at Amazon fulfillment centers?   Why would any employee give it their all, when they get paid the same either way?  And in today's tight labor market, can Amazon afford to fire less productive employees?

All I can says is, I feel sorry for the guy or gal  who busted their ass to make $15 an hour before this - they just lost their bonus and stock options.  And now they are paid the same as some newbie who doesn't even know where the bathroom is!