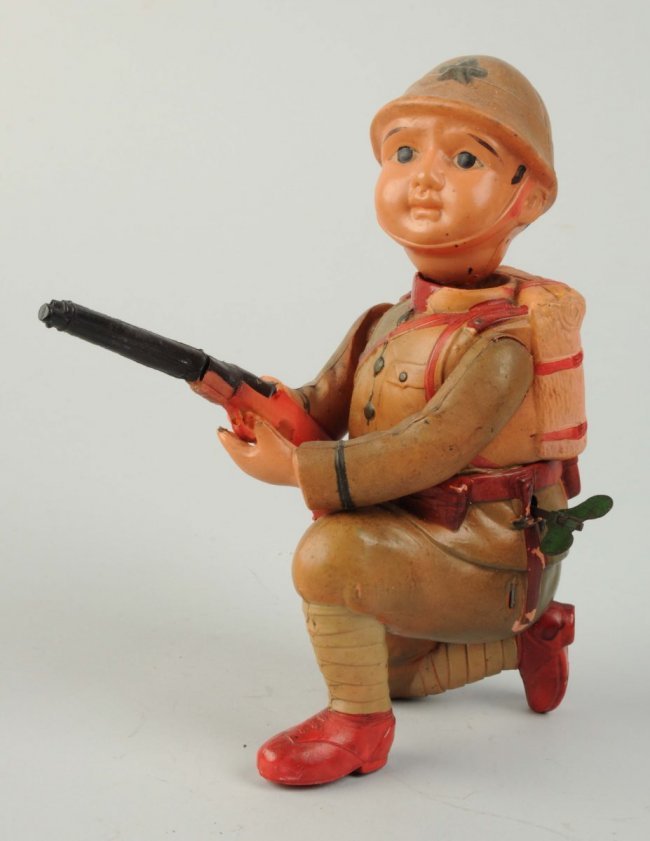 Wind-up soldiers are on the rise.


I noted in an earlier posting that one of the many evil aspects of the Internet is that it allows fringe groups to set up "cubbyholes" that mentally ill people can fall into.   You no longer have to "recruit" agents to your cause anymore, you merely have to spew a lot of hatred, make a few suggestions, and then wait for some chump or mentally ill person to shoot-up a "pedophile" pizza joint or attack a Congresswoman.

ISIS doesn't have to "recruit" in-person, but rather just put out a lot of online media, distorting the religion and igniting hatred of the West.   Unhinged people will watch this and then decide they need to bomb the Boston Marathon or run over a bunch of people with a rented van.   ISIS claims "credit" even though their involvement may have been tangential.

Mentally ill people are like that - they are looking for a cause and of course, are narcissistic and believe weird shit - such as conspiracy theories, or that a newscaster is talking directly to them.   A friend of mine has a son who was recently institutionalized.  The boy was mentally ill for some time, but for some odd reason seized upon the idea that he needed to "rescue" Joe Biden from international terrorists.

So he set off hitchhiking across country to Delaware.   Halfway there, he got sick and went to the emergency room, where he blathered on to the ER nurse about his "mission" to save Uncle Joe.   The nurse called the police and fortunately, the system worked this time - the boy is now in care of doctors and back on his meds.   He may not have been dangerous, but he was delusional - the difference perhaps, being only which cubbyhole he fell into.   And it illustrates how common this sort of thing is.  After all, this is a kid I know doing this.  How many other potential wind-up soldiers are out there?

Since I wrote that earlier posting, much has happened. The hateful rhetoric has expanded from "cubbyholes" on the Internet to the mainstream media and mainstream politicians.  Everyone, of course, points fingers at the other, claiming their own side is innocent of hate-mongering.    But of course, we all know who is the hate-monger-in-chief.  And we all know what happens to countries - or at least some of us remember - when the supreme leader uses scapegoating and hate-mongering to build a political power-base.   Nothing good ever comes of that.

The GOP has gone into full-ISIS mode, calling journalists "enemies of the people" and suggesting that Democrats are somehow un-American, and not just people with different opinions.   It doesn't help, of course, that some far-Left Democrats (which I think are being shilled by Russia, as the far-Right is) are taking ludicrous political positions that border on outright Communism.

And it doesn't help that for every "alt-right" nutjob with a Tiki Torch, there are a dozen "antifa" (which sounds a lot like "intifada" doesn't it?) "protesters" wearing masks and throwing rocks.   Street violence is becoming so common as to be merely background noise today.   How did we let this happen?

Too little, too late, Facebook and Twitter try to rein-in the accounts of the hate-mongers.   But of course, they will never cancel the account of the biggest offender, would they?    But with regard to the others, they find new cubbyholes on new websites, or form their own social media networks.   Or if they are kicked-off even Fox News, they find a new home on scratchy, humming AM radio.   Or even shortwave.  (We inherited a shortwave radio recently, and it fascinating what sort of crackpottery you hear on it).

Maybe these efforts will tamp down this sort of thing - somewhat.   But so long as major party leaders are implying that violence is the answer, and their opponents are the "enemy" (while at the same time, decrying the opposition for not being "bipartisan") not much is going to change.

As I noted in the earlier posting, the assassination of William McKinley was thought by many to be set off by an editorial in a Hearst newspaper which called, rhetorically, for someone to shoot him.  An unhinged individual read that and took them up on the offer.   We learned from that episode that when you demonize your opponents, bad things could inevitably happen.

And sadly, as events over the last few years have illustrated, this sort of hate-mongering can come around to bite you on the ass.   Both Democrats and Republicans have been targeted by unhinged people who spend countless hours every day in online discussion groups or absorbing blatantly partisan radio or television.   Men who live in their vans - and shoot Congressmen playing baseball or sending off dummy bombs.   Same old shit, just windup soldiers set off in different directions.
Newer Post Older Post Home